The Fond du Lac County Sheriff's Office on Friday, Dec. 2, released a video of a deputy putting out a house fire on Schoenberg Road. 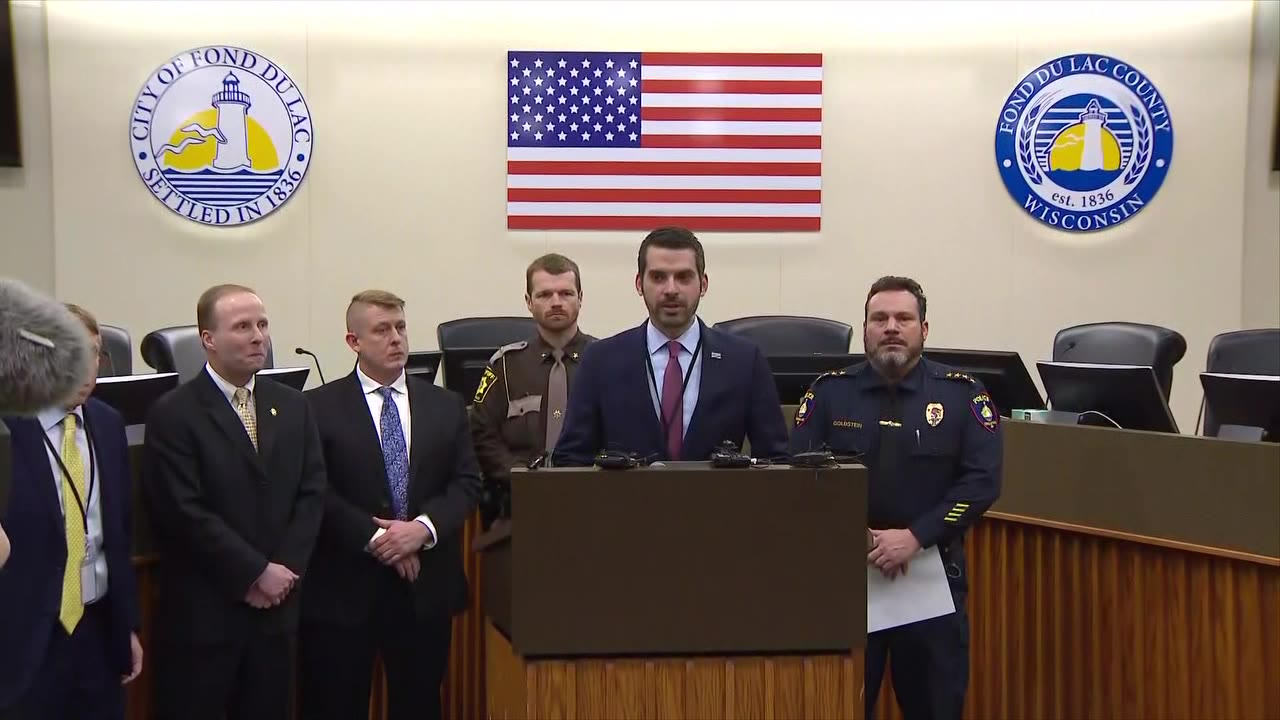 Fond du Lac, state, and federal law enforcement officials announced on Thursday, Dec. 1 the filing of methamphetamine and fentanyl conspiracy charges in Fond du Lac County Circuit Court against 10 defendants, including one defendant from Michigan, as result of an investigation began in early 2022.

On Friday evening, Oct. 28, the Fond du Lac Police Department responded to an alarm at a Fleet Farm near Sullivan and Rogersville.

Firefighters on Friday, Sept. 2 responded to the scene of a garage fire on Grove Street on Fond du Lac.

Daniel Navarro, a Mexican American man from Fond du Lac, intentionally crashed his pickup truck into white motorcyclist Phillip Thiessen, a retired Wisconsin DOJ agent, “because he stated he believed the rider of a Harley motorcycle would be white and racist.”

A Fond du Lac man has died after his motorcycle struck a black bear on a western Montana highway, authorities said Tuesday.

One person is dead from what appears to be a self-inflicted gunshot wound following a tactical situation in Fond du Lac County.

An alligator found in Long Lake in Fond du Lac County after escaping an outdoor enclosure is settling in at its new home at a sanctuary in Athens, Michigan.

Two Fond du Lac men have been charged in connection to a 2021 homicide and alleged robbery at a home near 8th and Lexington.

A drunken driver who caused a fatal crash with an ambulance in Fond du Lac has been sentenced to eight years in prison.

Fond du Lac Fire Rescue was called to Gillett Street for a reported house on fire around 6:15 p.m. Saturday.

A Silver Alert has been canceled for a 63-year-old Fond du Lac man who was reporting missing on Sunday evening. Officials say James Holmes has been located – and is safe.