Benedict Cumberbatch’s Dr. Stephen Strange may have five Marvel Cinematic Universe credits to his name, but, remarkably, he’s only just now getting an official follow-up to his 2016 debut film, “Doctor Strange.” That’s part of the charm of the sprawling MCU. But there’s also a fine art to making a direct sequel within those interconnected franchise parameters. So in honor of the long-awaited debut of “Doctor Strange in the Multiverse of Madness,” we decided to look back on how Marvel second installments have fared over the years.

Welcome back to "Welcome to Flatch" recaps! In the first of tonight’s two episodes, "The Devil's Backbone," Kelly and Shrub plan to increase their social media following by recording a surprise reunion with Father Joe and another former member of his religious boy band, A-Men. Then in "On The Hooky," Shrub gets a new job detailing cars while Father Joe, Kelly, Cheryl and Mandy play hooky.

Welcome back to "Welcome to Flatch" recaps! In this week’s episode, "Dinners, Dresses and Dumps," Kelly plans a special dinner when her dad comes home. Meanwhile, Shrub and Beth start spending a lot of time together and Cheryl breaks out her lucky dress for a date with Jimmy.

Two contestants were forced to “take it off” and be revealed on “The Masked Singer” — and this time it was the Queen Cobras and Space Bunny who would leave the competition.

“Top Gun: Maverick” is finally (finally!) soaring into theaters after the pandemic pushed back its release by nearly two years. Plus Benedict Cumberbatch’s Doctor Strange will be doing some soaring of his own in the highly-anticipated “Doctor Strange in the Multiverse of Madness.” Here’s what’s headed your way, cinematically speaking, in May 2022.

Tubi plans to release more than 100 original titles in the next 12 months. Tubi’s new programming will include entries in the Black Cinema, thriller, horror, sci-fi, romance, documentary and adult animation genres. Those originals will join the 40,000+ premium movie and television titles that make Tubi’s library the largest in free ad-supported streaming.

Tubi debuts three originals in May, which will stream alongside movies like "A Simple Favor," "Air Force One," "Training Day," "Annie," "Little Shop of Horrors" and more.

Fans of “The Freak Brothers” have something to celebrate. The original Tubi adult animated comedy has been renewed for a second season, which is set to premiere in December 2022. Based on Gilbert Shelton’s cult classic comic, "The Fabulous Furry Freak Brothers," the series follows three 1960s hippie stoners who smoke a magical strain of weed, only to fall into a 50-year slumber and wake up in the 2020s.

“I really do believe that these are the strongest episodes that we’ve made, and I hope people agree,” actor Ty Burrell said of Season 3 of “Duncanville.” 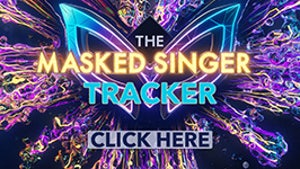 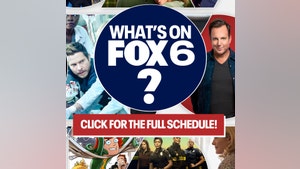