The Racine County Metro Drug Unit arrested a mother and son who officials say were dealing crack cocaine and other drugs from their Racine home.

South Shore Fire Department was called to a multi-tenant building fire near 22nd and Highway 32 in Mount Pleasant on Sunday, Dec. 4.

Timothy Olson, a person of interest in a death investigation in South Milwaukee and arrested by Franklin police is now charged with multiple crimes.

Friends of a Cudahy woman who died after falling unconscious at a South Milwaukee bar sang her praises Friday night, Dec. 2.

A 19-year-old man wanted in connection with a June 2 shooting at a Racine cemetery that left two people injured has been arrested.

One person was taken to the hospital Tuesday night, Nov. 29 following a shooting at the Kwik Trip on East Frontage Road in Racine County.

The FOX6 Investigators profiled Timothy Olson in 2012 as the Ripoff Romeo. Now, police are sharing a new mugshot to warn women that he's stealing from people he dates, and he's also a person of interest in a woman's death.

In Racine, the 13th annual "Dan & Ray Rendering Thanks" feast had one of the biggest turnouts yet on Thanksgiving Thursday, Nov. 24.

South Milwaukee police are investigating the death of a woman, 55, after she passed out at a tavern. She was rushed to the hospital on Nov. 17, where she later died.

A Racine County judge sentenced Kylie Gelmi to eight years in prison plus in connection with the arson of Thelma Orr Community-Oriented Policing House that happened in June 2020.

A Delavan man is charged with multiple counts after Burlington police arrested him during the alleged sexual assault of a woman on Wednesday, Nov. 16.

All lanes on I-41 near CTH K in Racine County are back open after being shut down overnight due to several weather-related crashes. 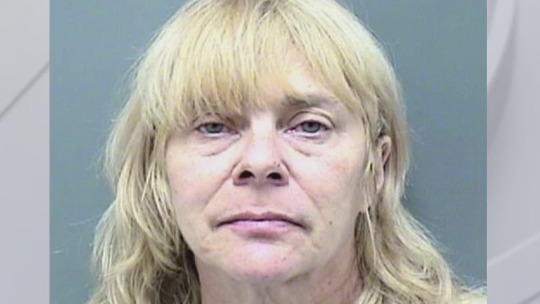 Janice Petri, 60, of Racine, faces multiple charges after prosecutors say she beat a 75-year-old man with a cribbage board.

Janice Petri, 60, of Racine, faces multiple charges after prosecutors say she beat a 75-year-old man with a cribbage board.