Oak Creek police said a woman was hit by a vehicle while crossing the street Friday, Dec. 2 near Howell and Groveland.

The majority of stores were closed for Thanksgiving, but some stores had special hours for last-minute shoppers Thursday, Nov. 24.

Food prices have made shopping difficult ahead of Thanksgiving. In Milwaukee County, a pair of events worked to take some stress off people's plates.

The annual “Stuff the Bus” event returns for it's 25th year.

The Oak Creek Police Department needs your help identifying the individuals who damaged the bathrooms at Lake Vista Pavillion.

Oak Creek Fire Department responded to an apartment fire near Springbrook and Rainbow Ridge on Saturday, Nov. 12, at 10 p.m. 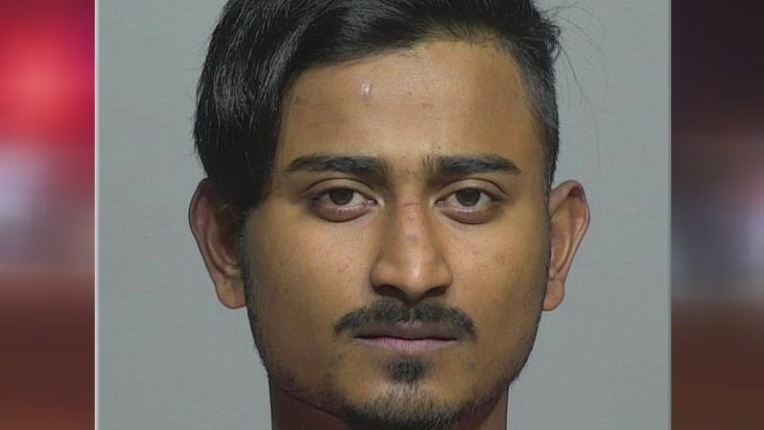 Cash bond was set at $15,000 for Mohamed Syafiq Mohamed-Hussin, 22, of Milwaukee, accused of stabbing a man with car keys during a showing of "Black Adam" at South Shore Cinema in Oak Creek, leaving the victim with punctured lungs.

Cash bond was set at $15,000 for Mohamed Syafiq Mohamed-Hussin, 22, of Milwaukee, accused of stabbing a man with car keys during a showing of "Black Adam" at South Shore Cinema in Oak Creek, leaving the victim with punctured lungs.

A 22-year-old Milwaukee man is now charged in connection with a stabbing incident that happened at South Shore Cinema in Oak Creek on Tuesday, Nov. 1.

Three people were arrested after a fight and stabbing at Marcus South Shore Cinema in Oak Creek during a showing of "Black Adam" Tuesday night. Two people were hurt; one with stab wounds.

Oak Creek Fire Station 2, located at 3950 East Oakwood Road, was temporarily out of service Tuesday due to a significant maintenance issue.

Texas Roadhouse is opening a restaurant in Oak Creek and is currently hiring for full and part-time positions.

Ahead of the holiday season, UPS is looking to fill 500 Milwaukee-area positions -- part of a nationwide hiring push.

Two people were rescued from a boat that was taking on water while out on Lake Michigan Wednesday morning, Aug. 31.

The Runway Dog Exercise Area in Oak Creek will be shutting down for good as of Tuesday, Nov. 1.

A motorcyclist was killed in a crash near College and Pennsylvania in Oak Creek Sunday evening.

The healing continues for the Sikh community 10 years after seven people were killed in an Oak Creek shooting.

A night of remembrance Friday honored those lives lost 10 years ago in Oak Creek.