A federal judge struck down a nationwide mask mandate that covered public transportation and airlines. What does it mean moving forward?

MILWAUKEE - A federal judge in Florida on Monday struck down a nationwide mask mandate that covered public transportation and airlines. The announcement was so sudden, some learned mid-flight that the mandate was no more.

"It seems unusual and perhaps confusing that a single district court judge could make a nationwide decision," said Paul Nolette, an associate professor of political science at Marquette University. "This decision wasn’t the U.S. Supreme Court, this was one federal district judge in the middle district of Florida, so basically Tampa, which made this decision but had a nationwide impact."

The mandate was originally set to expire Monday, but the U.S. Centers for Disease Control and Prevention had extended that to May 3. Now, Nolette says, the ruling means that won't happen.

"In some ways, those safeguards are there in the system to allow the courts to act relatively quickly to address a situation that might be unconstitutional or unlawful," he said.

The federal judge said the CDC failed to justify its decision and did not follow proper rulemaking procedures. Nolette said that is part of a decade-long trend in which federal district court judges make more decisions that impact nationwide policy. 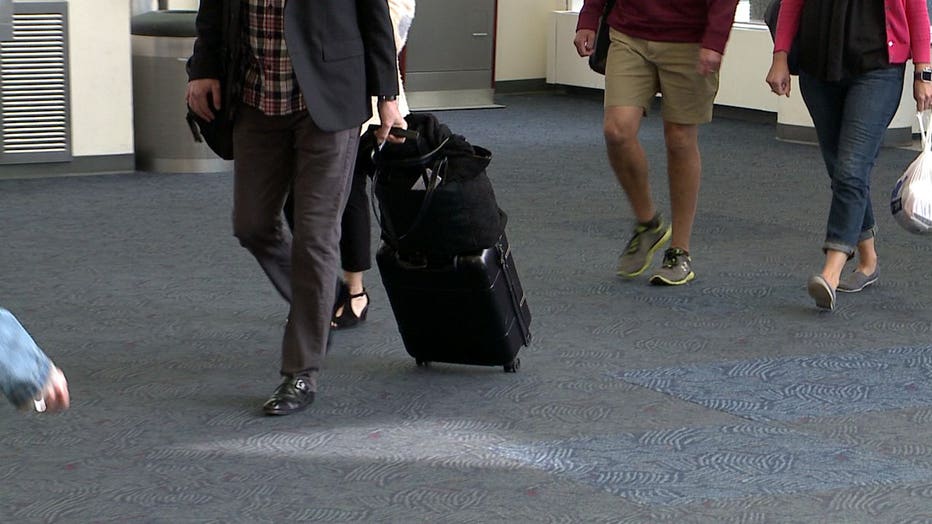 "I think that, absolutely, is kind of a quirk in the American system, and frankly I think it shows how powerful the judiciary is for better or worse in the U.S." said Nolette. "They really play a major role in national policy."

Nolette predicts the Biden administration will appeal the decision in the next month. In the meantime, he thinks the administration will review whether to push for a stay – which would reinstate the mandate while it works its way through the courts.

Additionally, the judge's decision means for the first time in years, flyers at Milwaukee Mitchell International Airport are no longer required to wear a mask.

Masks will also no longer be required for students and staff in Milwaukee Public Schools and buildings. The wearing of masks will be optional at all MPS locations.

Milwaukee County Executive David Crowley on Tuesday said that a mask mandate for bus riders will remain in effect.

After a three-year hiatus because of the pandemic, the Milwaukee Public Schools World Fair is back.