MILWAUKEE - Wisconsin Gov. Tony Evers said Tuesday he would not sign a bill that adds exceptions for rape and incest if it would leave the state's abortion law in place.

"No, I wouldn’t sign it because that leaves the underlying law in place, which is a ban on abortion," Evers said.

Right now, that law includes one exception: to protect the life of the mother. Evers' opponent in the November election, Republican Tim Michels, during the primary said the ban reflects his opinion. However, in recent weeks, Michels has said he would sign a bill that adds exceptions for rape or incest.

"I've been very clear and consistent throughout that I am prolife and I make no apologies for that. What I said a few weeks ago is if a bill came to my desk, and that included exceptions for rape and incest that I would sign that why? Because the people will have spoken. The legislature is the representative of the people," Michels said at campaign stop in Baraboo on Oct. 4. "So the people bring that before me. I understand that it is not an authoritarian government, that it is a representative democracy. And I would sign that bill."

The abortion ban from 1849 was just one of the topics the governor spoke about in Milwaukee on Tuesday, at an event hosted by the Rotary Club of Milwaukee, WisPolitics and the Milwaukee Press Club.

Evers said his number one priority if re-elected is increasing shared revenue to local communities.

"By providing more resources for cities and counties, we’ll be able to start to connect the dots there. It’s not just the most shiny object of the day, but do we need some more assistant DAs? Do we need more investigators from that office?" Evers said.

Michels also said he is willing to spend more on police. 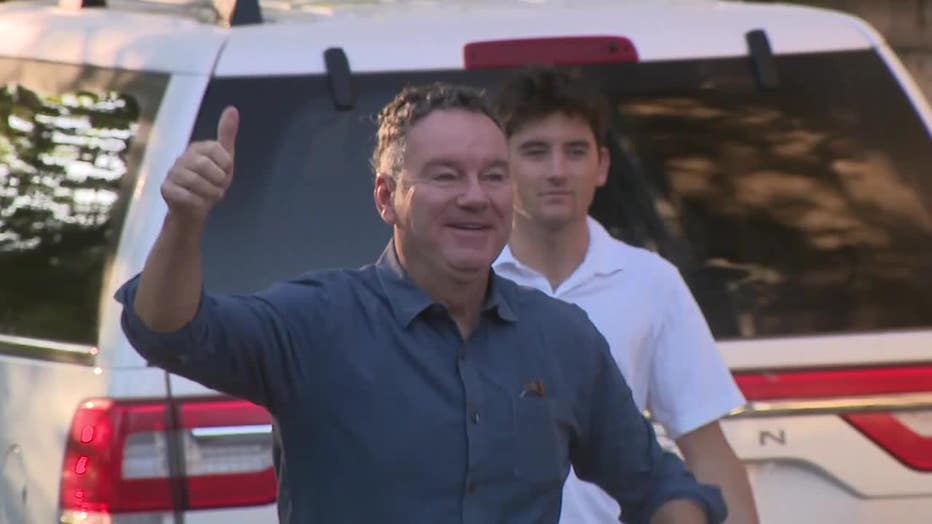 "There’s $43.5 billion that is spent every year in the state budget. If we have to spend a little bit more money to make law enforcement more effective, to hire more police officers, absolutely, we will do that," Michels said in September.

In a new campaign ad, Michels takes aim at Evers for his response to the Kenosha riots in 2020. The spot features police officers with this message: "When we needed help, he refused for days. I know. I know. Because we were there."

The governor answered a question about Kenosha at Tuesday's event.

"We were there shortly after those civil disruptions to provide help," answered Evers.

"A civil disruption is a riot. I understand people died, for God’s sake, that’s not the issue. The question is what I did. What I did was everything that the law enforcement asked me to do in Kenosha County," Evers told FOX6 News. "Tim Michels wants to talk about this until the cows come home, that’s his problem. I’m looking forward to and have already helped Kenosha in lot of ways to recover from this horrible situation."

Evers used his opening speech at the event to criticize Michels. The governor pointed to Michels opposing what are called red flag laws. These allow judges to take weapons away from people they deem to be threat to others or themselves. Evers also criticized Michels for his questions about the integrity of the 2020 election. Michels, who is endorsed by former President Donald Trump, has said that "maybe" the 2020 election was stolen, despite reviews, recounts and lawsuits that confirmed Biden's victory in the Badger State. 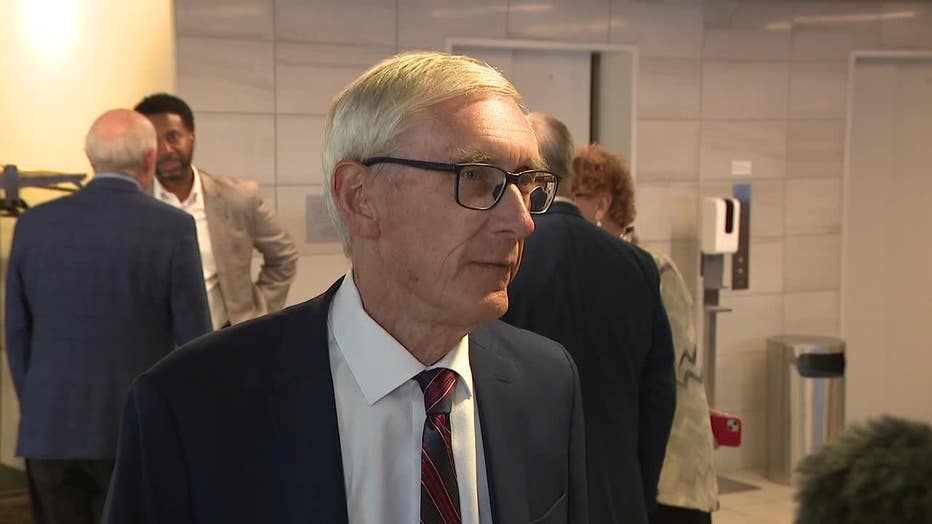 Michels has blamed Evers for paroles of convicted murderers and others and called on the governor to stop all paroles and pardons. When asked about paroles at the event, Evers deflected criticism by noting that any decision to grant parole is not up to the governor but the commission which operates independently of him. He did admit to asking the chairman he appointed to lead the parole commission to resign.

On the issue of immigration, Evers said Wisconsin would not be the dairy state without undocumented workers. He said he supports giving in-state tuition to those workers' children and will again call for letting them get a driver's license.

The Milwaukee Press Club and Rotary Club of Milwaukee also invited Michels to a similar event; he has not accepted, yet.

Evers and Michels are scheduled to meet for their first and only debate before the election on Friday, which will air on TV6.2 and be streamed on the FOX6 website, Facebook page and YouTube channel. It will also air on FOX6 at 10:30 p.m.