There are just three weeks until Election Day – and you will decide who should be Wisconsin's governor. Tim Michels and Tony Evers propose different visions for the state's future.

MILWAUKEE - There are just three weeks until Election Day – and you will decide who should be Wisconsin's governor.

On Tuesday, Oct. 18, Michels laid out his vision for the state. He promised to cut crime as part of his pitch to the Rotary Club of Milwaukee.

"Milwaukee has a problem, and I'm going to fix it," Michels said. "Everybody is so fearful of the level of crime that is happening right here in Milwaukee."

One case erupting into big debates – what to do with Wisconsin's abortion ban?

"I will never arrest a doctor, as they're saying. I'm a reasonable guy. So you know this, this is an issue that I will work with the Legislature on," Michels said. 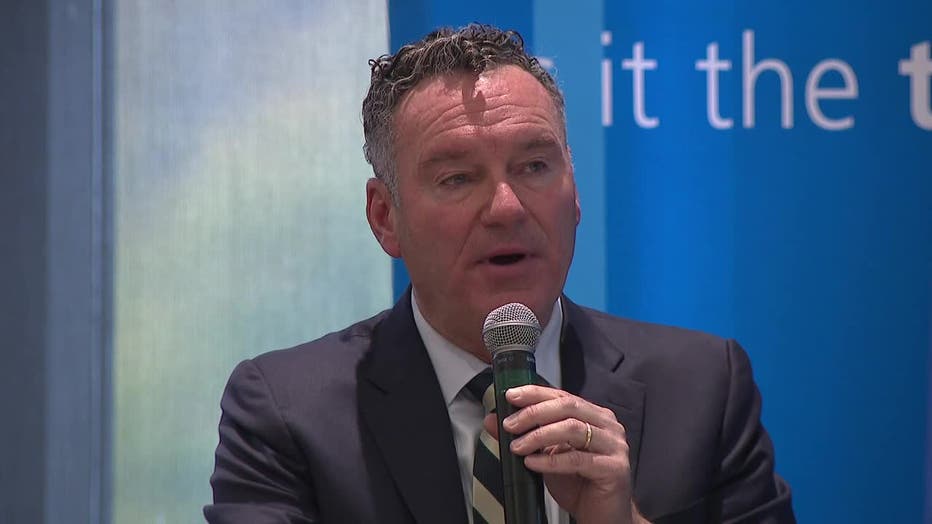 But after this event, Michels' spokeswoman Anna Kelly said, "The DAs should enforce all laws. The governor is an executive. He’s not a DA or beat cop arresting anyone."

The Evers campaign accused Michels of hiding his position. Evers has promised clemency for any doctors who are charged with breaking the state's ban.

He said he would talk with city and school district leaders and ask questions. "How do we get this better? If I get an answer like, ‘We can’t make it better,’ then I’m going to say, ‘Unacceptable. I don’t accept that as an answer.’ If they say, ‘Just give us more money and then it’ll get better,’ then I’m going to say, ‘That’s not going to happen,'" Michels said. "Something significantly has to change. We’ll put it all on the table. If we have to break up MPS, start from scratch, then we’ll do that."

Michels has said he would be open to Milwaukee County calling a referendum to raise the county sales tax. That is something Evers has backed. City leaders say it would help stop a future budget crisis and allow the city to fund the police.

"If I'm convinced that they are spending their money efficiently, then we will consider, keyword there is consider, more sales tax revenue at the county level, but I’m not just  going to "carte blanche" it, hey, here’s more money for the municipal leaders."

Michels also said he would consider breaking up the Department of Natural Resources into two parts – one for business regulation and the other branch for outdoor recreation. 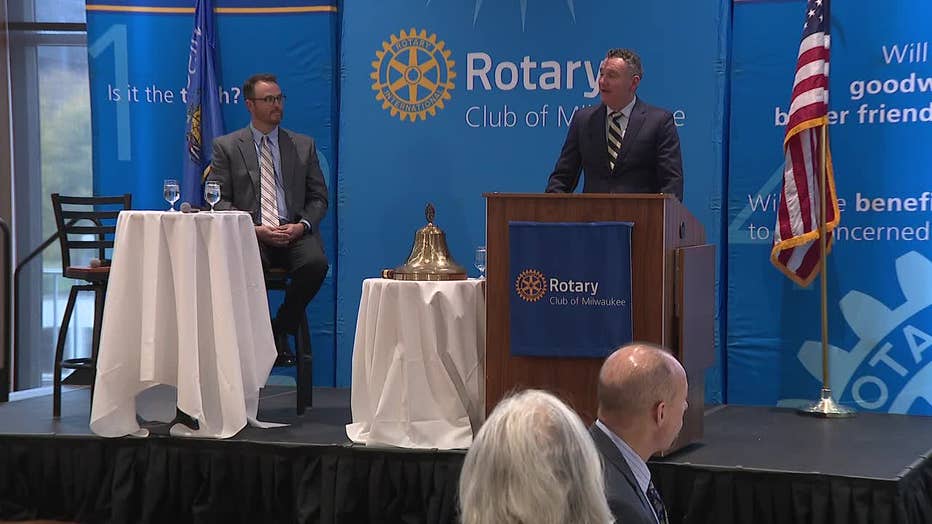 Michels spoke inside the Milwaukee County War Memorial Center, while outside, the Service Employees International Union (SEIU) protested with what they called a "MAGA Michels" puppet.

"Everything. Everything. And SEIU has always been for what is right, for good paying union jobs, equity and equality for everyone," said Calena Roberts, SEIU. "What is on the line is Wisconsin having a fair place, being a fair place for everybody to live. We all know that being honest and true to ourselves, that Tim Michels, who is supported by Trump and all that kind of thing, and Ron Johnson together running the state or being part of the state lawmakers or legislators, we don’t stand a chance." 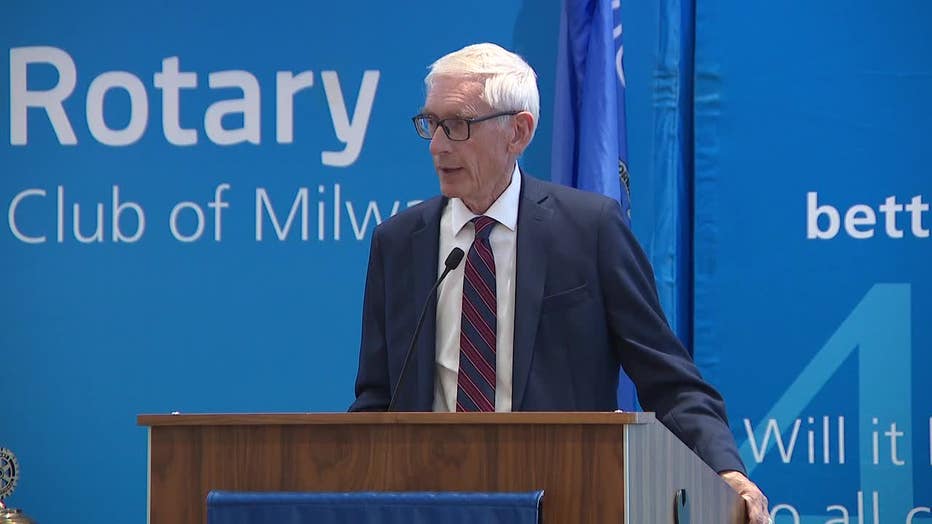 Last week, Gov. Evers took questions from the Rotary Club and a panel from the Milwaukee Press Club.

Michels on Tuesday did not agree to have the Press Club question him, just the Rotary Club.

"You and everybody else in this state is overtaxed. Again, not my opinion. How do we know you're overtaxed? We have a $5.8 billion surplus right now in Madison. Governor Evers, he's running around bragging about that thinks that's a good thing. As a businessman, I think that's a terrible thing. That means that the people of Wisconsin are overtaxed," Michels said.

Michels promises "massive tax cuts" – tapping into the state's budget surplus of billions of dollars. Tony Evers said some of the money should go to schools, as well as a 10% tax cut. 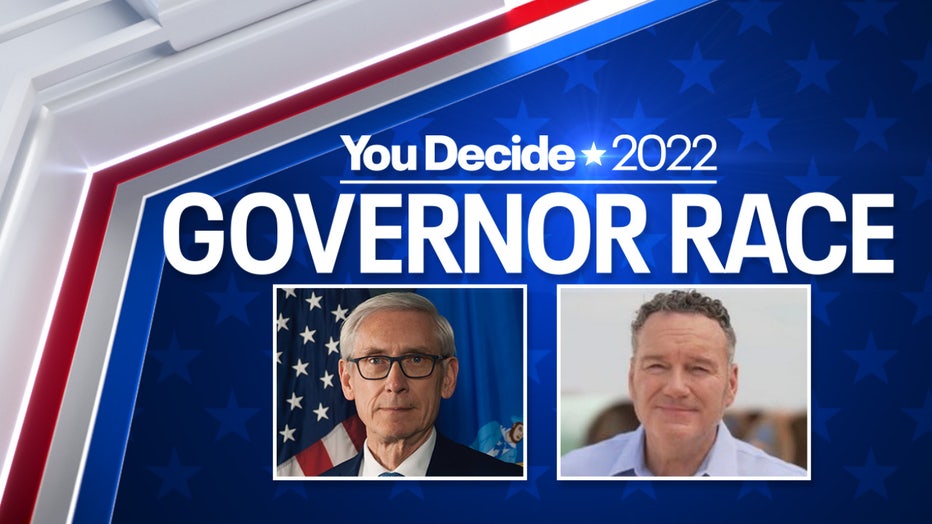 Wisconsin's governor has a powerful pen to sign or veto bills and budgets. Tony Evers sets the Wisconsin record for number of vetoes in a single legislative session – including on abortion, elections and schools. Republicans are a few seats away from a veto-proof supermajority: one in the senate and five in the assembly. They might not need much of that power to override a veto, if a Republican wins the governor's race.