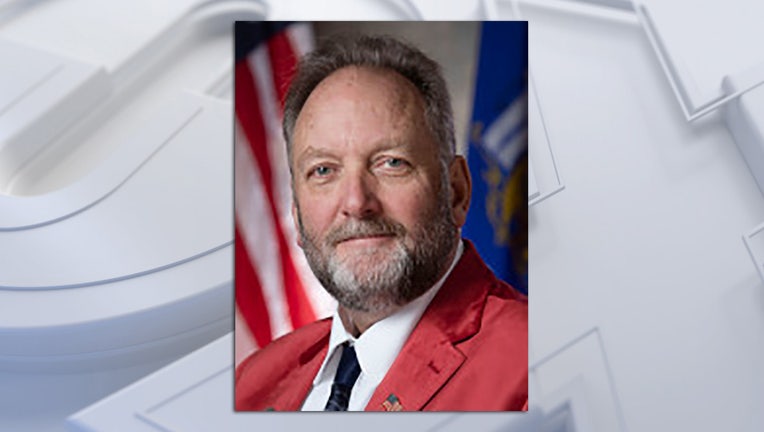 MADISON, Wis. - State Rep. Timothy Ramthun, a conspiracy theorist who was disciplined by Republican leadership over false election claims, launched his candidacy Saturday for Wisconsin governor, saying he could do more in that role to undo President Joe Biden’s victory in the 2020 election.

"You got to do what you got to do to make a difference," Ramthun said during a rally in the village of Kewaskum, about 40 miles (65 kilometers) northwest of Milwaukee.

Ramthun has won praise from former President Donald Trump for his attempts to reverse Biden’s win in the battleground state.

Ramthun said he would call for a full audit of the election, which he called an "assault on the Constitution and national security."

Biden’s win by just under 21,000 votes has survived recounts, multiple lawsuits, an audit by the nonpartisan Legislative Audit Bureau and a review by the conservative Wisconsin Institute for Law & Liberty. An Associated Press review of battleground states found far too few confirmed cases of fraud to tip the election for Trump, whose own attorney general has disputed the fraud claims.

MyPillow CEO Mike Lindell, also a purveyor of false claims that Trump won the 2020 election, endorsed Ramthun, telling the crowd that filled a high school auditorium he would be "the greatest governor Wisconsin has ever seen."

"We need to elect politicians that have the people’s back," Lindell said.

"We need these types of courageous leaders," Flynn said.

Ramthun has called on the Legislature to rescind Wisconsin’s 10 electoral votes that were awarded to Biden, a move that Republican leaders and nonpartisan attorneys for the Legislature have said is illegal. He tried to do that most recently on Jan. 25, but fellow Republicans rebuffed him.

Rebecca Kleefisch, who was lieutenant governor under Scott Walker, and former U.S. Senate candidate and Marine Kevin Nicholson were already in the Republican field.

The winner of the Aug. 9 primary will advance to take on Democratic Gov. Tony Evers. The race is a top priority for both parties given swing state Wisconsin’s importance in the 2024 presidential race.

Car stolen in Pleasant Prairie, involved in crash with train in Zion

A car that was stolen at a Pleasant Prairie gas station ended up in a crash with a train in Zion, Illinois early Thursday, Feb. 10.