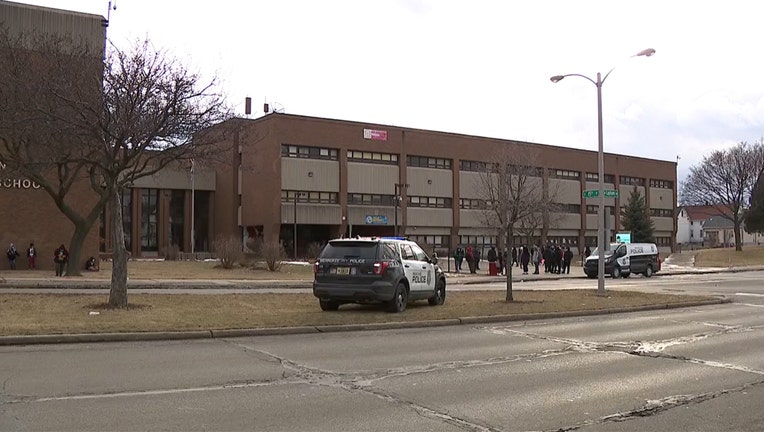 MILWAUKEE - Police on Friday announced the arrest of a 30-year-old Milwaukee man in connection to a shooting threat at South Division High School earlier in the week.

On Wednesday, a suspect had called and made a school shooting threat, according to MPD. A lockdown was initiated, MPS said, and families were notified by school leaders of the situation.

MPS did not state when the lockdown took effect, but it was lifted Wednesday afternoon and classes resumed. Thursday, however, classes were held virtually.

Criminal charges against the suspect are pending with the Milwaukee County District Attorney's Office.