A Milwaukee police officer was shot near 25th and St. Paul Thursday evening, before his squad car was stolen by the shooter.

MILWAUKEE - A Milwaukee police officer was shot near 25th and St. Paul Thursday evening, Jan. 27, before his squad car was stolen by the shooter.

According to police, around 6:30 p.m., officers were dispatched for a sick and injured person and discovered an individual slumped over in a vehicle. When police encountered that individual, a 22-year-old man, he appeared to flee, brandishing a firearm.

The officer and the 22-year-old man exchanged gunfire, and both were struck. After that exchange of gunfire, police say the man entered the officer's squad and fled, eventually crashing near 17th and Clybourn.

That man was later arrested without further incident. Police said the man's gun was recovered from the officer's squad. 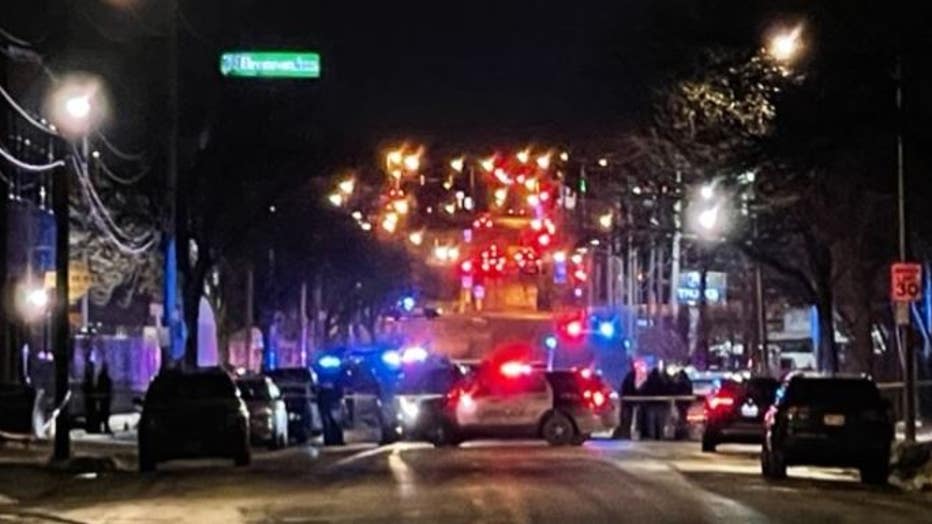 The officer has been placed on administrative duty per standard procedure. MPD's Homicide Division is leading the investigation.

Charges are expected against the 22-year-old man. 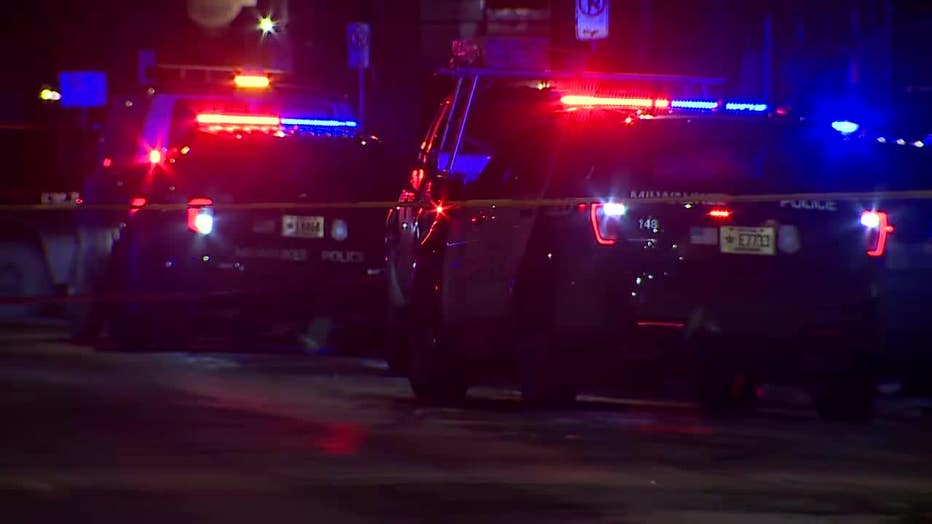 This is the second local law enforcement officer to be shot in two days; the third in two weeks. On Jan. 13, an off-duty Milwaukee police detective was shot while trying to stop a robbery in the Third Ward. On Wednesday, Jan. 26, a Milwaukee County sheriff's deputy was shot after a traffic stop led to a foot pursuit near 68th and Adler. 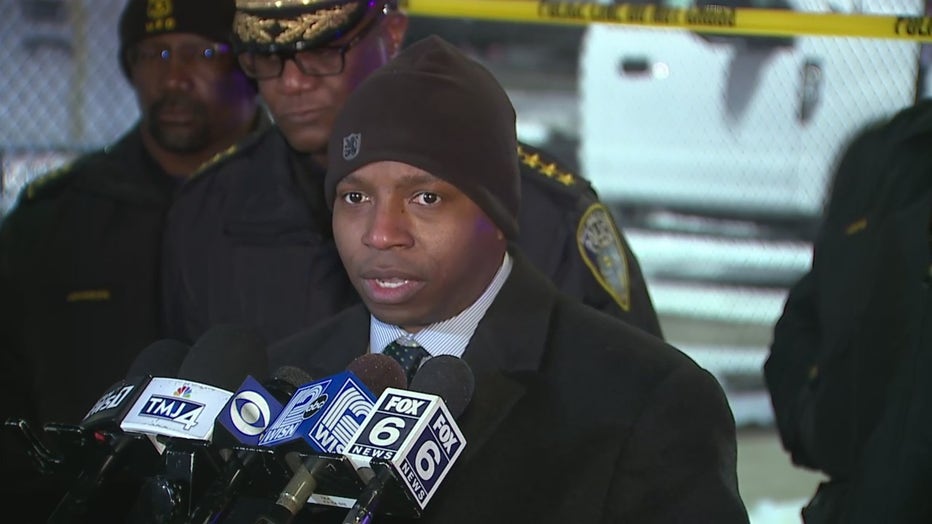 "There are too many people in our city, too many people in our community who have too easy access to guns," said Acting Milwaukee Mayor Cavalier Johnson. "Two weeks ago, what happened? A law enforcement officer was shot. Just the other day, another law enforcement officer was shot. Today, another law enforcement officer was shot. There are too many people in this community who have too easy access to guns who should not have them in the first place. It's affecting everybody, from our babies -- mind you, someone less than 10 years old was shot on the first day of the year – to today, we haven't even gotten out of the first month of 2022, and we've got three law enforcement officers shot in Milwaukee. I need for this community to wake up to the issue of gun violence. I need our partners at the state to join us to make sure that people who should not have access to guns in the first place don't get them. How can I recruit, how can the chief of police, how can the FPC recruit people to serve in this position to keep our city safe, to keep our residents safe, to keep our children safe, to keep our commuters from the suburban communities who come into this city every day for work, to keep our visitors who come into Milwaukee every single day safe? How can we do that if even our police officers are getting shot in the street week over week? We can't."

Milwaukee Police Chief Jeffrey Norman extended his appreciation to his officers and those across the nation amid a seeming uptick in violence against law enforcement. 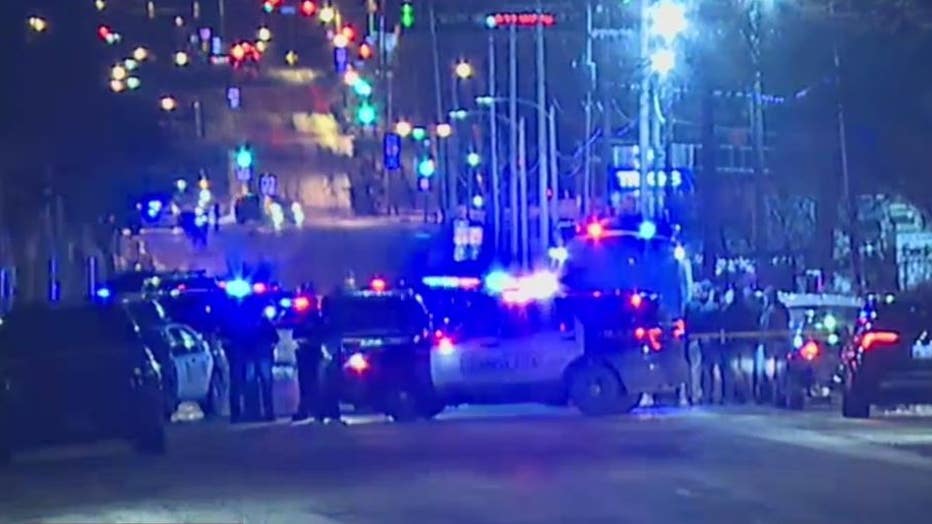 "We swore an oath, but we have to be safe. We have to be steadfast. I'm proud of the men and women in the MPD and my brother and sisters in the badge across the nation, proud to be able to still come to work and understand what the lift is to be steadfast, to be diligent and understand they have to have each other's back in regards to the work that needs to be done. Just like the mayor said, it's not only us. It's all of us. We've all got to be sick and tired of this, and I am sick and tired of this in regards to the violence we're using to respond to simple conflict, simple things. We should be able to work it out, talk it out. Our community is tired of this, and we need to all be tired of this and figure out a way how we all can intrude to a better community together."

After the shots were fired and the 22-year-old man fled in the officer's squad, he barely made it a block. A Marquette University student witnessed his arrest, and police blocked 17th Street from Clybourn to Wisconsin.

The Marquette student who saw the arrest said officers surrounded the man, who got down on his knees before being taken into custody.

Students received an alert indicating there was no active threat to campus.

"I know that the relationship between the police and the community isn't the greatest, and I know that that's hard for them and it's hard for us," said Skyler Willsie. "It's unfortunate, and I wish we could figure out a way to stop these shootings and stop the violence in general. Enough is enough. They're just trying to help us."

"I am hopeful that the Milwaukee Police officer seriously wounded by gunfire last evening will fully recover from his injuries as quickly as possible. At the time he was shot, he was doing his job skillfully and compassionately. The attack was sudden and unprovoked.

"I am grateful for this officer and for all the law enforcement personnel who serve Milwaukee so professionally.

"There are too many people in this community who have too easy access to guns, people who should not have them in the first place. I need for this community to wake up to the issue of gun violence. I need our partners at the state to join us to make sure that people who should not have access to guns in the first place don’t get them.

"Public safety involves all of us. Police cannot do it alone."

Milwaukee police are asking for the public's help in identifying and locating the suspects wanted in a homicide that occurred near 42nd and Lancaster early on Dec. 11, 2021.