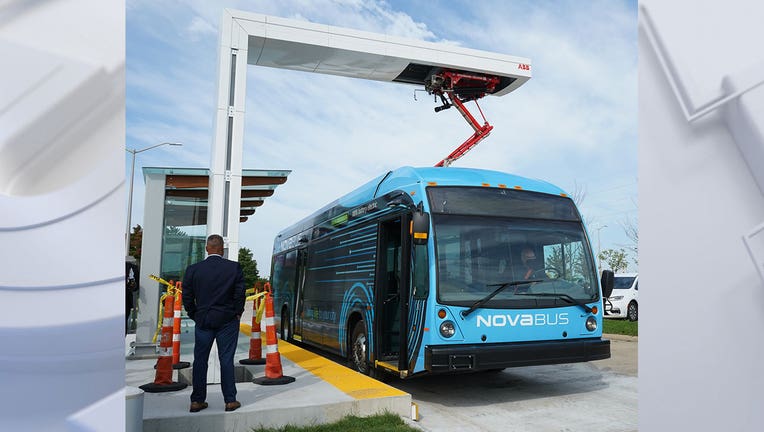 The MCTS planned 9-mile, regional, modern transit line is scheduled to begin service in June 2023. A news release says it will connect to major employment, education and recreation destinations through downtown Milwaukee, Milwaukee’s Near West Side, Marquette University, Wauwatosa and the Milwaukee Regional Medical Center.

The new BRT route will come with two battery-electric bus (BEB) charging stations – one at each end of the line. The first is operating at Watertown Plank at the end of the route – while the second will be built at the BRT’s starting point at the Couture in downtown Milwaukee.

To help ensure these BEB batteries are always fully functioning, MCTS has implemented a charge management plan, which calls for topping off each bus battery every third lap of the 18-mile roundtrip route, for nine minutes. Then, each night, the fleet of battery electric buses will be charged for approximately two hours overnight.