The race for U.S. Senate has been a hot topic in Wisconsin after three Democratic candidates dropped out this week over the course of five days.

The endorsement of Barnes by his party follows a whirlwind week as the Aug. 9 primary nears – three Democratic candidates in the race dropped out over the court of five days.

All three threw their support behind Barnes for the Democratic nomination and an opportunity to face incumbent Republican U.S. Sen. Ron Johnson on the November ballot.

In public polling, Godlewski and Nelson had been trailing Barnes and Lasry by double digits. 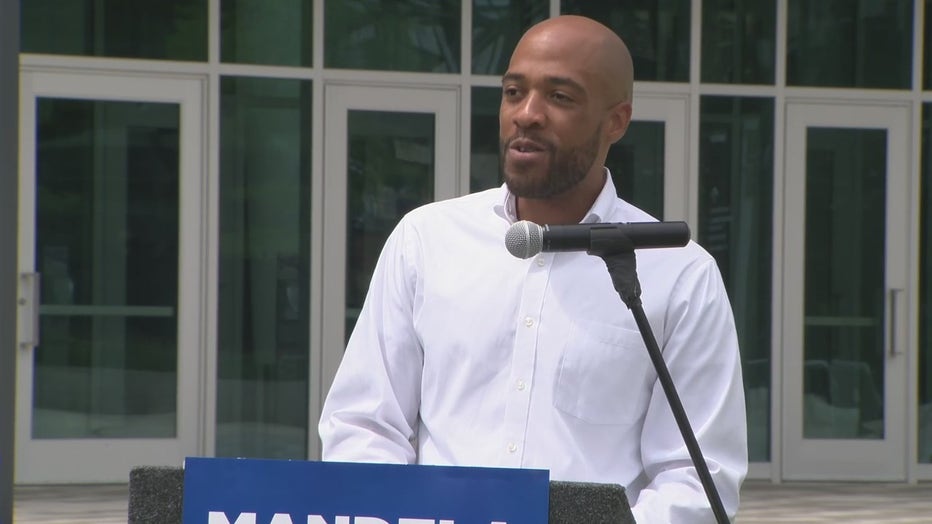 Johnson said the Democratic candidates were "showing their lack of respect for voters and the democratic process" by dropping out.

"The Democratic Party of Wisconsin proudly endorsed Mandela Barnes for the United States Senate. From his days as a community organizer to his service in the Wisconsin Assembly and as our state’s first Black Lieutenant Governor, Mandela has been a tireless champion for the issues that matter to Wisconsin’s working families. He has won the support of working people in every corner of this state because he shares their experience. As Senator, he’ll continue the fight to grow our middle class and build a more just and more prosperous Wisconsin.

"We are deeply grateful to every Democratic candidate in this primary for all that they brought to this race. As Democrats, we are a party of open and spirited debate, and of diverse opinions and experiences. While our party remained neutral in the primary to this point, the general election has now effectively begun, and our party’s endorsement means that we can immediately begin the next phase of our work to ensure victory in November.

"We are a party united in purpose. Today, we come together in the work of building a better future for Wisconsin and defeating Ron Johnson once and for all.

"Mandela Barnes is the son of a Milwaukee public school teacher and a third shift UAW auto worker. In November, Wisconsin voters will make him their next United States Senator."