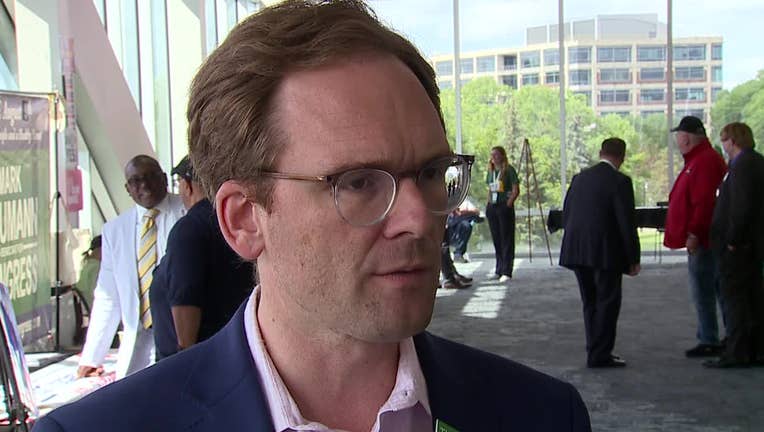 MADISON, Wis. - Tom Nelson, a candidate who tried to position himself as the most progressive in Wisconsin's Democratic primary race for U.S. Senate, announced Monday he dropped out of the contest to face Republican incumbent Ron Johnson in November.

Nelson, the Outagamie County executive, threw his support to Lt. Gov. Mandela Barnes, who is in a tight race with Milwaukee Bucks executive Alex Lasry. State Treasurer Sarah Godlewski is polling further behind. Nelson was in fourth place.

"Mandela can now count on me to be on his side every step of the way," Nelson said in a statement. "I urge other Democratic primary voters to also support him now as well."

Nelson’s decision ends a campaign he launched in October 2020.

Federal filings show Nelson raised a little less than $1.4 million for his campaign and he said "unfortunately, money matters way too much in politics and running against two self-funding millionaires proved too much for this pastor’s kid."

Lasry and Godlewski are both multi-millionaires. Lasry has poured in more than $12 million on his campaign, while Godlewski has spent nearly $4 million.

"I deeply respect Tom Nelson’s commitment to the working people in this state and I’m thankful for his endorsement," Barnes said. "It will take all of us coming together in every corner of this state to beat Ron Johnson."

Nelson’s name will still appear on the ballots Aug. 9 because they have already been printed.