Law enforcement drones; privacy questions over ‘eye in the sky’

They are new tools for law enforcement, but deploying drones launches questions about privacy.

WAUKESHA, Wis. - Law enforcement agencies in our area are relying more and more on drones in the fight against crime.

In the basement of the Waukesha County Sheriff’s Department, The Citizens’ Academy gets a lesson on these "eyes in the sky." For 11 weeks, the group meets to learn more about how deputies keep our community safe. The topics change every class. Few generate as many questions and awe as the department’s Unmanned Aircraft Unit.

"If I can send a drone where I would normally have to send a person, it makes us feel a lot better than sending them into that unknown," said Waukesha County Sheriff’s Department Lt. Cory Farrell.

Farrell is the unit’s supervisor.

"We have seven drones – five mini drones, one medium and our biggest one is the Matrice," Farrell said. 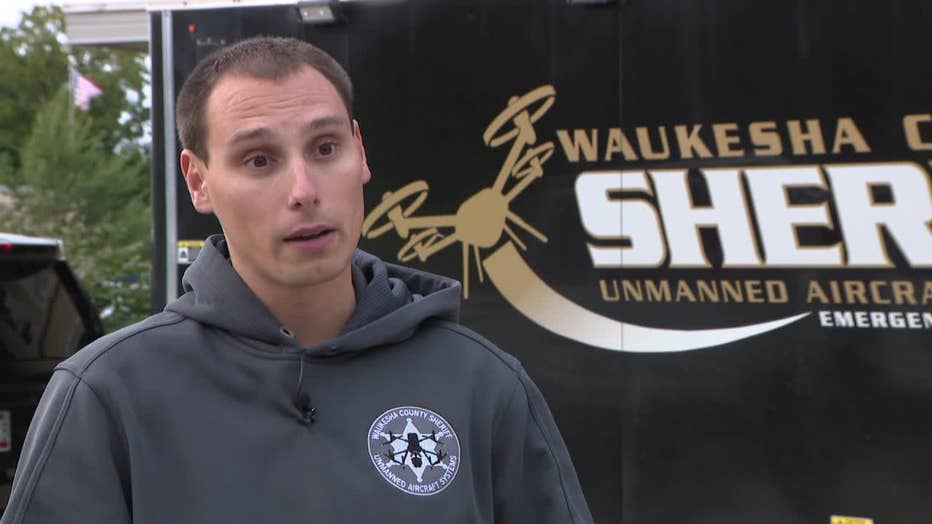 Waukesha County started the program two years ago. Farrell said the Matrice alone cost $32,000, but he said all the drones and even the trailer were either donated or covered by asset forfeitures.

"Paid for by your local drug dealer!" Farrell said.

The Matrice can go up to 400 feet in the air. Farrell said its thermal imaging cameras helped identify hot spots in fires like the Michael’s House of Prime fire in Pewaukee two years ago. Drones also assisted firefighters as hundreds of acres burned in Menomonee Falls in 2021. 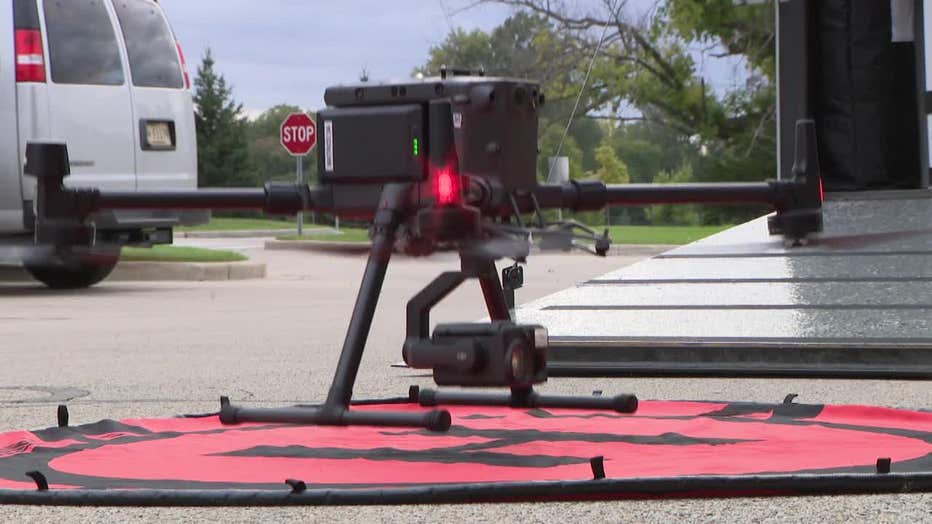 "Search for someone who was fleeing a residence. Searching for missing kids. Last year in Merton, we had a success story finding a missing person in a cornfield," Farrell shared.

Other agencies in our area also use drones. In March 2021, FOX6 was there as the Milwaukee County Sheriff’s Office debuted its fleet. 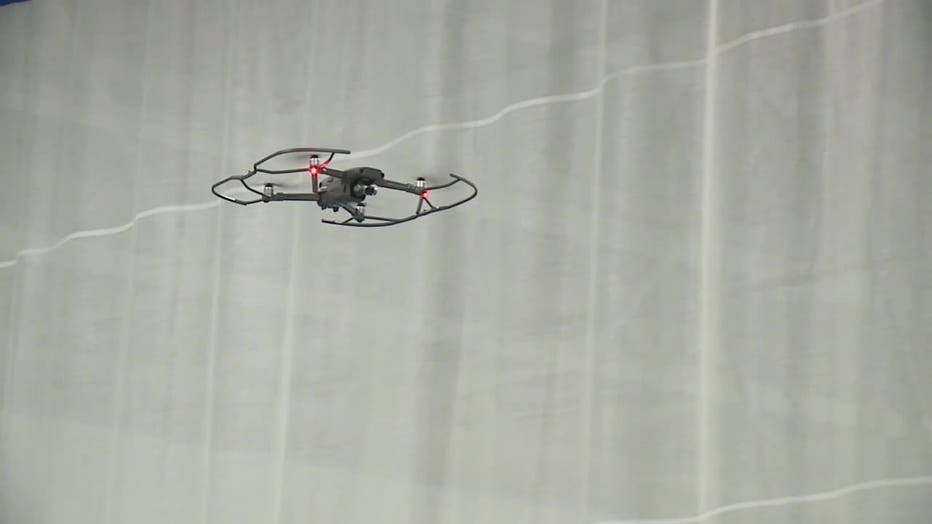 With an increased number of police drones comes questions about privacy.

"A lot of technology has been deployed, but there hasn’t been a public process to say this is something that we actually want," said Jake Wiener.

Wiener is counsel with the Electronic Privacy Information Center – or, EPIC – based in Washington D.C. The group is lobbying for more oversight of police drones and more public notification of when they’re used.

"One of the most powerful impacts of surveillance technologies – drones included – is that they make it possible for the police to do a lot more. Over policing.  Wrongful arrests. These things all increase when you have – when it’s easier to find, identify and arrest people," Wiener said. 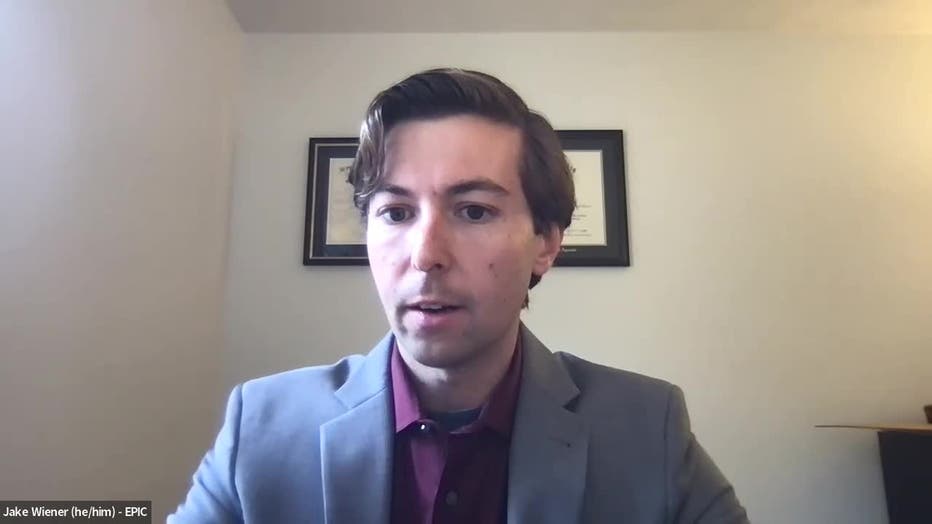 "We still have to abide by the Constitution and the Fourth Amendment," Farrell said.  "If someone has the right to privacy – we can’t be flying that drone there."

Farrell said drones have helped solve dozens of cases and kept the community safer. He said that’s a lesson that’s right on target. 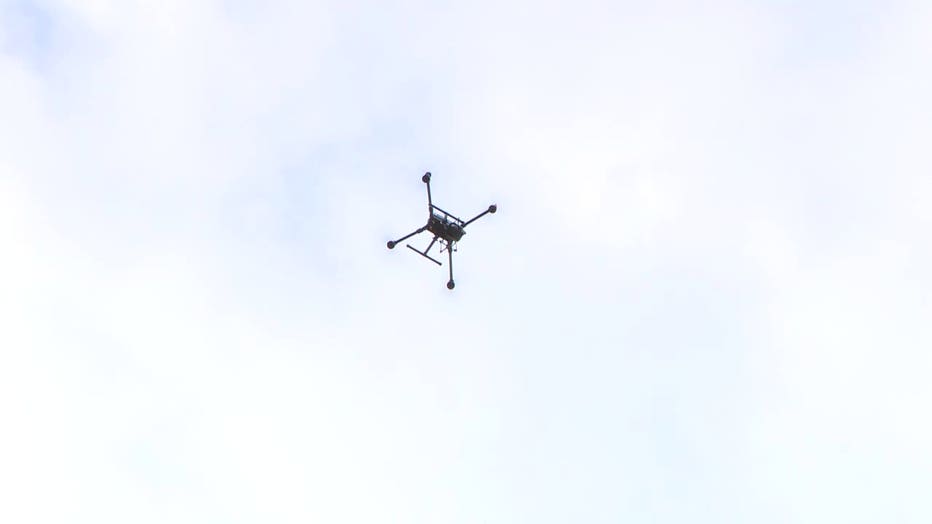 "Being able to see why we do the things we do sometimes helps a lot," Farrell said.

Waukesha County’s Drone Unit is part of the "Wisconsin Drone Network," meaning their drones can be requested by other agencies to help all over the state. 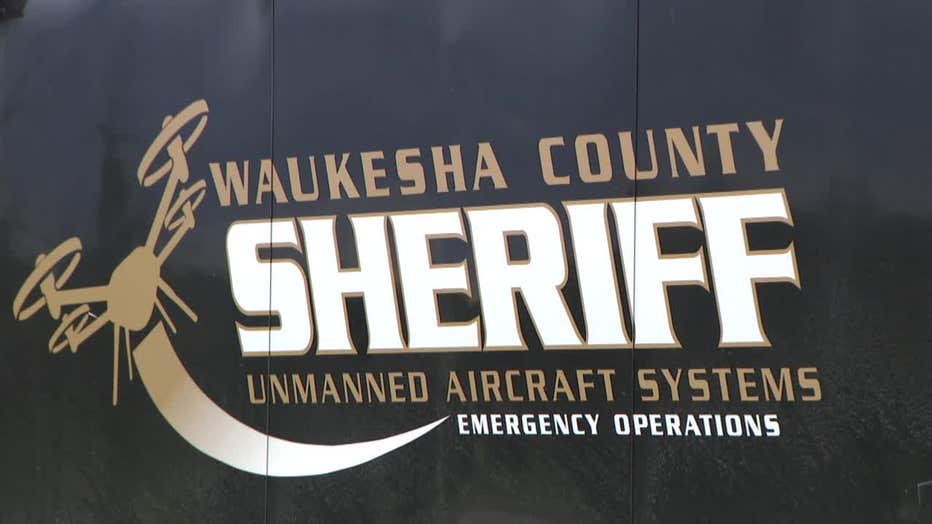 Farrell said demand for the unit has risen from about one call a month to a recent busy stretch where drones were deployed eight times in just 30 hours.