Every Wisconsin county remains under a very high&nbsp;risk for fire danger, officials with the Wisconsin Department of Natural Resources reported Sunday, April 4, noting more than 150 fires over the Easter weekend, including the 230-acre Marcy Road fire in Menomonee Falls.

MENOMONEE FALLS, Wis. - Every Wisconsin county remains under a very high risk for fire danger, officials with the Wisconsin Department of Natural Resources reported Sunday, April 4, noting more than 150 fires over the Easter weekend, including the 230-acre Marcy Road fire in Menomonee Falls.

We don't yet know how that fire began, but it did prompt a warning from firefighters for the public to be more careful. 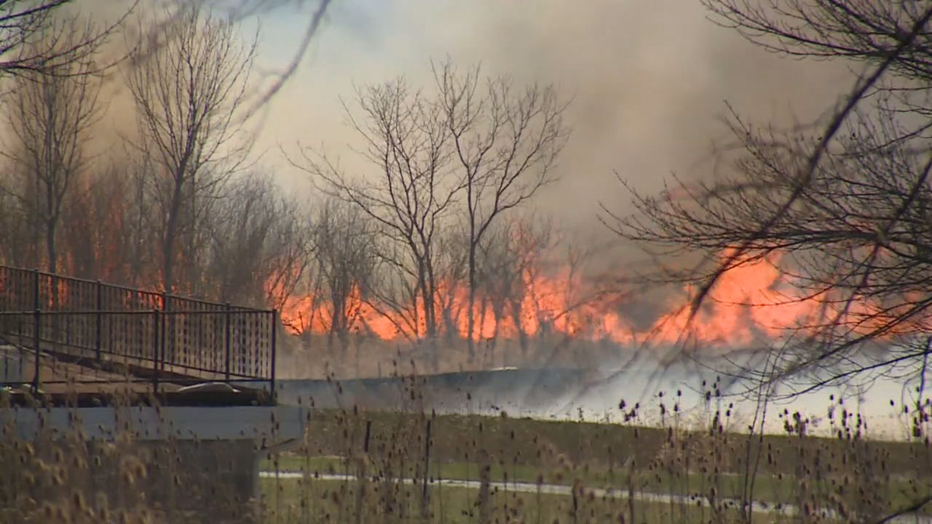 Burning through dry grass, fanned by heavy winds and threatening dozens of homes, Friday's Marcy Road fire in Menomonee Falls put local and state firefighters through a gamut of challenges, including awareness.

"A lot of folks don't think that fires can happen here in Wisconsin," said Catherine Koele, wildfire prevention specialist with the DNR. "You know, they're small, but we have a lot of them."

Koele said she's hopeful the now-charred land can teach a few lessons, like how easy fires can ignite under the right conditions and what or who's often responsible for causing them.

"We've had folks outside with the beautiful weather outside causing a lot of those fires," said Koele. 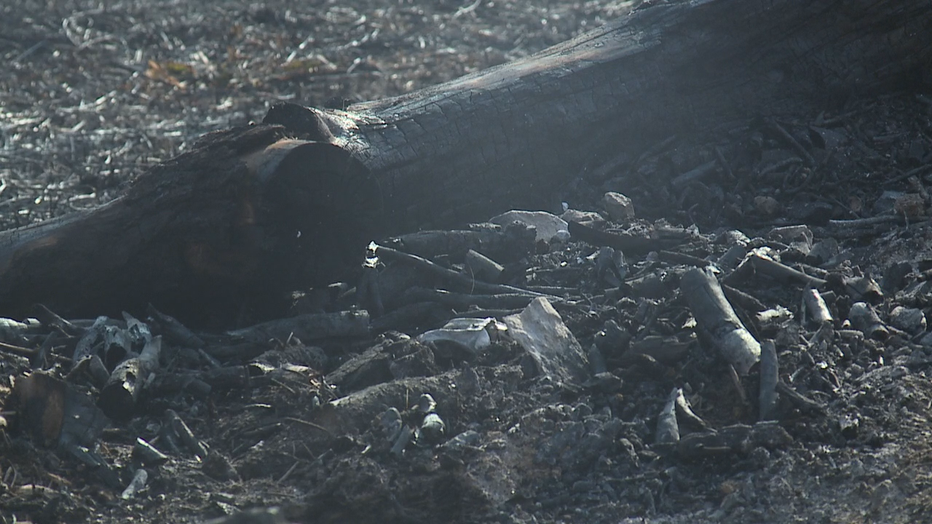 It may have started early, but the 2021 fire season is just 100 acres shy of the total number of acres burned in all of 2020 -- a troubling stat as the state prepares to fight wildfires generally through Memorial Day.

"Ninety-eight percent of our fires here in Wisconsin are caused by people, so right when that snow cover disappears until green-up, Wisconsin is in fire season," said Koele. 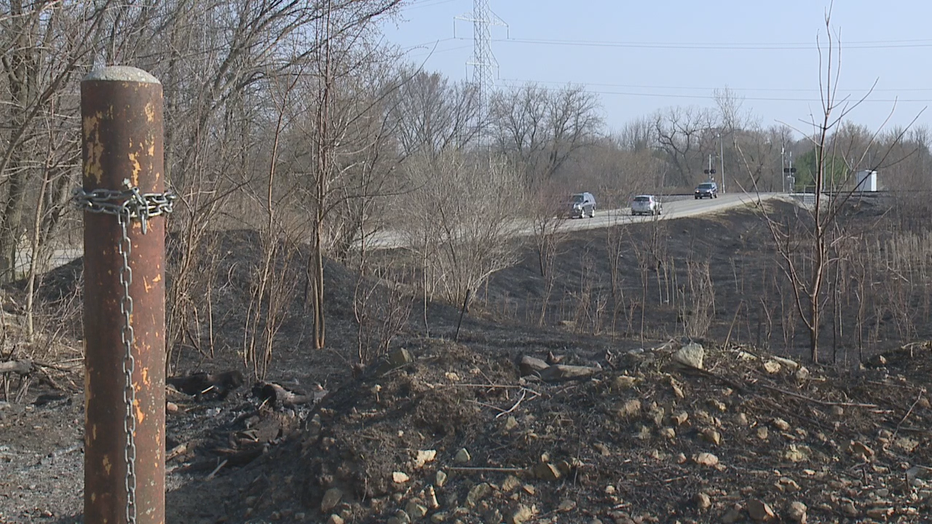 Koele says the focus now turns to public education, which includes stopping on the side of the road to watch what's happening.

"If you do see a wildland fire, you know, we'd appreciate it if you'd get out of the way and let the fire officials do their job," said Koele.

The Marcy Road fire was sized at 450 acres Friday -- an initial estimate. The DNR flew a drone over the burn area Saturday that more accurately captured the acreage at 230 acres, which means it's no longer the state's biggest fire of 2021. That is the "Railroad 2" fire, which has burned 300 acres in Juneau County.