Assembly Republicans grilled health officials with Democratic Gov. Tony Evers' administration Thursday about the slow pace of COVID-19 vaccinations in Wisconsin, saying the process is a cumbersome mess. The Assembly's health committee held a hearing to learn more about the state's distribution process. The committee's chairman, Rep. Joe Sanfelippo, began the proceeding by telling Lisa Olson, an assistant deputy secretary at the Department of Health Services, that lawmakers don't know what to tell constituents who are desperate for a shot.

The Assembly's health committee held a hearing to learn more about the state's distribution process. The committee's chairman, Rep. Joe Sanfelippo, began the proceeding by telling Lisa Olson, an assistant deputy secretary at the Department of Health Services, that lawmakers don't know what to tell constituents who are desperate for a shot. 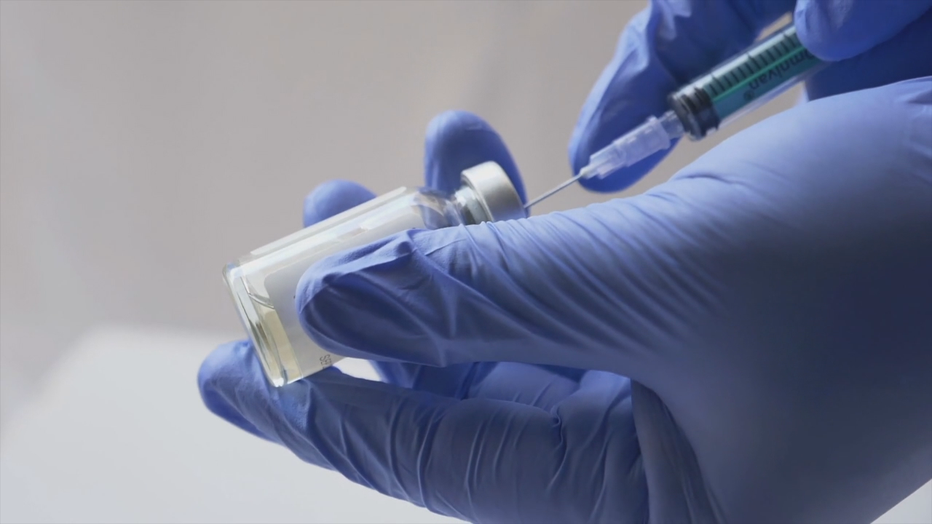 Department projections that vaccinations for the general public won't begin until summer are unacceptable, he said. The state is still in the first phase of vaccinations, which calls for inoculating health care workers and nursing home residents. An advisory committee is still gathering public comments on who should be included in the next phase.

"The process that's in place just seems overly bureaucratic and cumbersome," Sanfelippo said. "We need to tell the public here's the day when we expect to do this group, here's the date we when expect to do that group. The minute we get a vaccine from the federal government it should be in and out the next day and in someone's arm."

Olson said the health department is ready to set up mass vaccination centers and deciding who should be inoculated in the second phase should be a public process. But she insisted that the state is simply not getting enough doses from the federal government. Doses are allocated on a weekly basis, making it impossible to plan ahead, she said.

"Folks are moving as quickly as they can during the course of the week," she said. "But I hear you. We very much want to be moving faster." 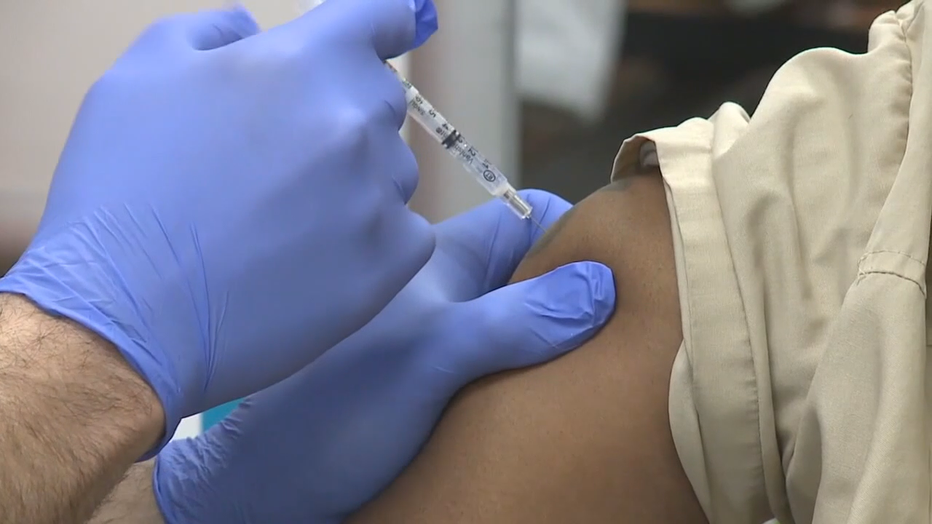 Rep. Chuck Wichgers told Olson that he was tired of hearing the same answers from her.

"We say we’re doing great with our partners. We’re not. We may intend to, but we’re not," he said. "How can we help? I’d like to get that out of this hearing."

According to an update Thursday on the DHS website, 607,650 doses have been allocated to Wisconsin so far. About 373,000 have been shipped to the state, with 176,000 administered, according to the website.

Olson told the committee that the number of doses administered as of Thursday morning was actually about 195,000, about 26,000 of which were second doses. Both the Pfizer and Moderna versions of the vaccine require two doses spaced several weeks apart. Wisconsin is home to about 5.8 million people. 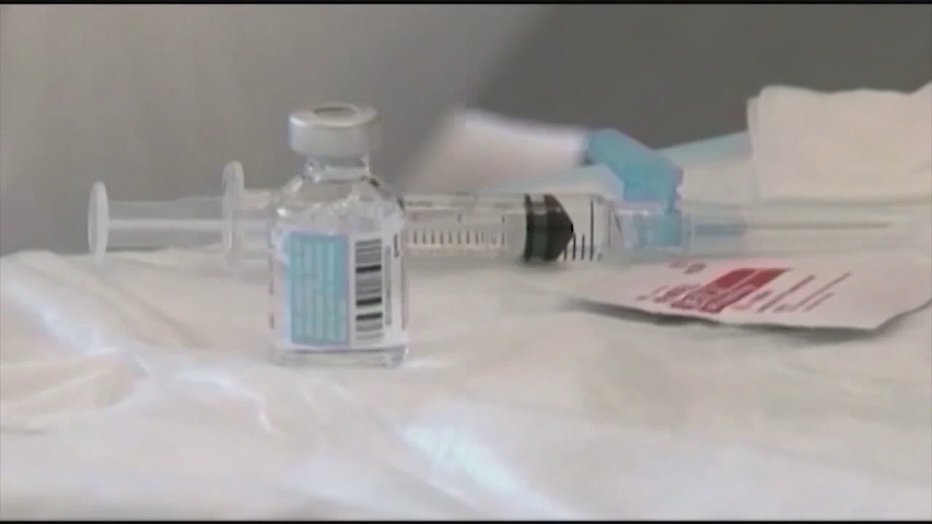 "We have to consider as the omelet gets made, eggs are going to get broken," Riemer said. "Give the administration some wiggle room."

That drew a sharp rebuke from Sanfelippo, who said: "The eggs you’re talking about getting broken are actually our citizens. So we have to be careful not to break them."

Riemer apologized, saying he was using a metaphor.

John Raymond, president and CEO of the Medical College of Wisconsin, cautioned the committee that the nation is still in the very early stages of the vaccination effort and Wisconsin isn't that far behind other states.

Data from the health department and the Centers for Disease Control and Prevention show that Wisconsin has vaccinated about 2.4% of its population, he said. That compares with the national average of 3.1%, he said. Regardless, comparisons between states is meaningless when the goal is herd immunity across the country, he said. 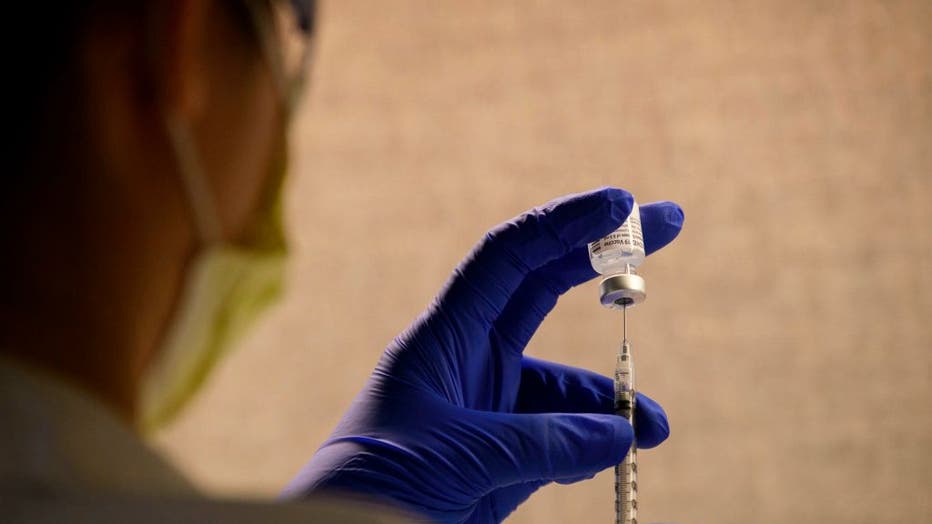 A pharmacist fills a syringe to prepare a dose of the Pfizer-BioNTech COVID-19 vaccine for frontline health care workers at a vaccination site at Torrance Memorial Medical Center on Dec. 19, 2020 in Torrance, California. (Photo by PATRICK T. FALLON/A

The country lacks the ability to mass produce the Pfizer and Moderna vaccines because the drugmakers use a novel approach of instructing cells to produce an immune response, Raymond said. The best hope is other vaccines on the horizon from AstraZeneca and Johnson & Johnson that use existing technology, he said. The infrastructure to mass produce such vaccines already exists, he said.

"That really is the fastest way to achieve a new normal that looks like the old normal," he said.

Darren Rausch, director of the City of Greenfield Health Department, told the committee his agency wants to vaccinate 1,000 health care workers. They've requested 100 doses per week and have gotten them in what he called a "walk-jog-run" approach. He said the lack of vaccine is the biggest obstacle to inoculating people. 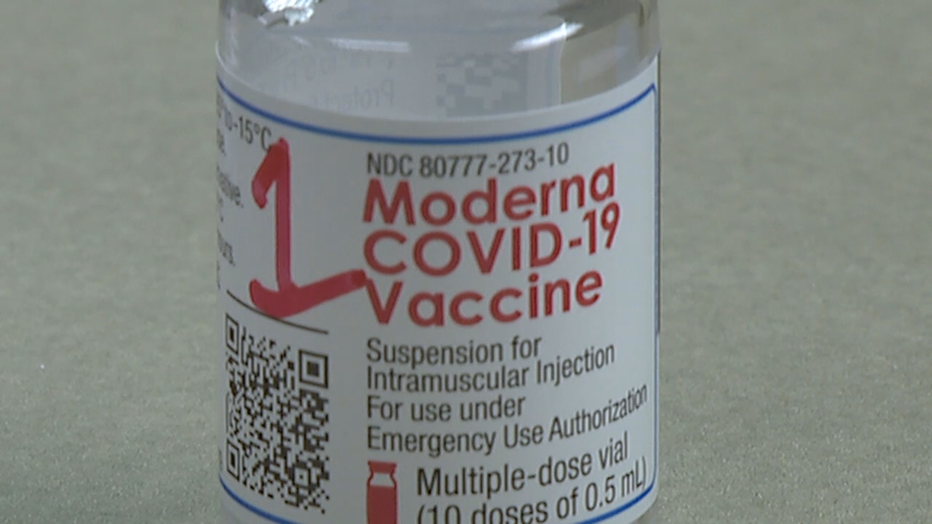 "We’re getting what we need but everything is hyper-challenging," he said. "Everybody wants vaccine. I understand patience in the middle of a global pandemic is a very difficult thing."