Brookfield firefighters responded to a residence on Shore Line Drive on Friday morning, Sept. 16 for a reported explosion.

BROOKFIELD, Wis. - Brookfield firefighters responded to a home on Shore Line Drive on Friday morning, Sept. 16 for a reported explosion.

Several 911 calls related to the incident came into the Waukesha County 911 Communications Center just after 4 a.m. The callers reported an explosion and fire.

Two residents inside the home were alerted to the fire and managed to get to safety. When firefighters arrived, the residents said their two dogs were still inside. Eventually, one dog was rescued by the crews and the other was found walking outside.

The explosion and fire was at a large, two-story, single family home. Heavy smoke and fire poured from the second story windows and attic.

"I feel like I just got woken up not really knowing why. I could kind of see through the blinds that there were some flashing lights, so I just looked out the blinds and saw at that time it was probably two fire trucks and a few police cars," said neighbor Brandon Tschacher. "As the fire trucks started rolling in I started to see some smoke, so it seemed clear that it was a fire – which of course sucks." 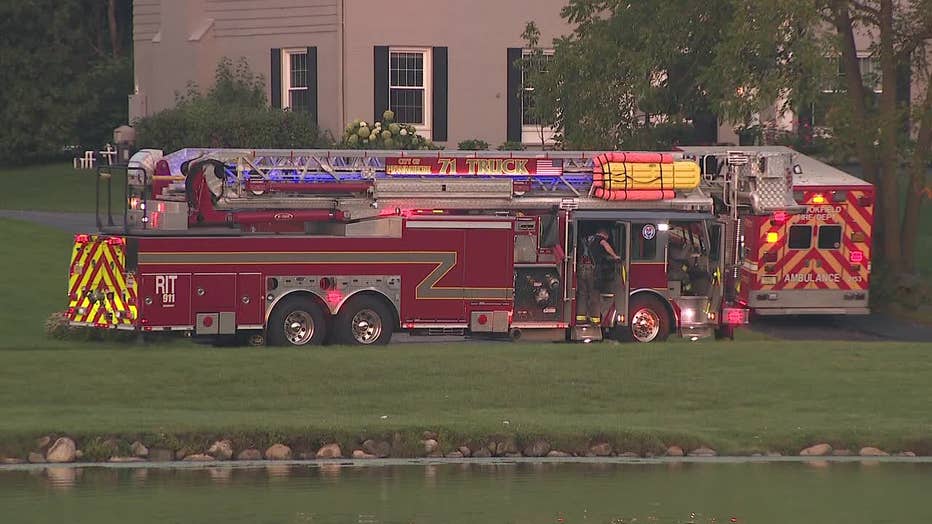 Officials say the fire was brought under control around 5:30 a.m. The occupants of the home are being assisted by the American Red Cross.

The city of Brookfield Fire Department was assisted at the scene by the town of Brookfield, Pewaukee, Elm Grove, New Berlin, Menomonee Falls and city of Waukesha, Lake Country fire departments, along with Elm Grove EMS and Milwaukee Fire Bells.