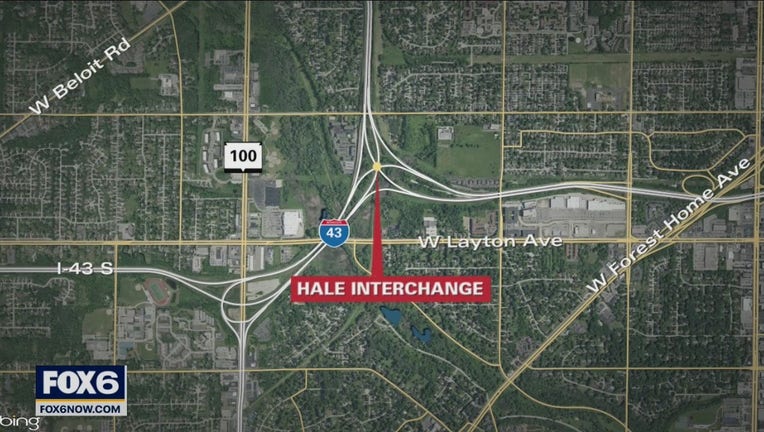 MILWAUKEE - A black bear estimated to be 250 pounds-plus was struck and killed by a truck in the Hale Interchange Wednesday morning, June 22. It happened around 1:10 a.m. The truck was traveling from the north to the east.

Lane one was closed for approximately one hour while the bear was removed and the DNR notified. The driver of the truck was not injured.

And no other information is available at this time from the Milwaukee County Sheriff’s Office.

This comes after a black bear was captured on video in Franklin near 60th and Ryan. It is the first bear sighting in Milwaukee County following reports in Kenosha, Walworth, Washington and Waukesha counties earlier this year.

The Wisconsin Department of Natural Resources and Franklin police said they are aware of the sighting, and it might not be the only bear making its way across the region.

A black bear was captured on video in Franklin near 60th and Ryan. It is the first bear sighting in Milwaukee County following reports elsewhere in southeastern Wisconsin.

The DNR said the bear in Franklin is most likely a young male that likely traveled from the northern part of the state.

"The roaming right now is not usually that uncommon. It’s young bears that are trying to strike out on their own, new territory, new baits – that kind of thing," Fischer said.

The DNR has not had any reports of the bear injuring anyone. To continue that trend, officials ask people to remove bird feeders and bring garbage cans inside.

The Wisconsin Department of Natural Resources has a number of tips on how to avoid bear encounters and what to do if one approaches.