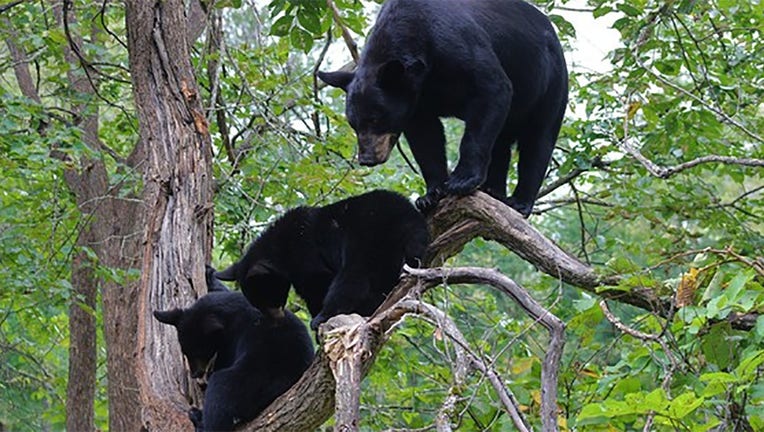 Following several recent black bear sightings across the state, the Wisconsin Department of Natural Resources is reminding the public to take precautions to avoid potential conflicts this summer.

Although black bears are most common in the northern half of the state, populations have been slowly expanding south over the past decade. Wisconsinites are encouraged to take the same bear precautions no matter what part of the state they are in.

While bear sightings in southern Wisconsin remain rare, sightings in Waukesha and Washington Counties this summer are a reminder that bears can be found in any county.

Sightings usually increase in early summer when young bears strike out on their own for the first time. Bear breeding season also occurs in early summer resulting in many male bears wandering around in search of a mate.

If a bear is near your home or cabin:

Black bears are naturally cautious animals that normally avoid contact with people for their safety, but conflicts between people and bears can arise. Additionally, bears can quickly learn to associate humans with food when food sources are available.

If a bear finds food, such as bird feed or garbage near a home or cabin, it will likely return for more. Bear visits are more likely to stop when food is no longer available. Bears will periodically check sites where food was once available, so it may take several days to weeks after a food source has been removed for a bear to completely discontinue visiting food sites.

It is important to make sure these food sources are hidden from bears at all times of the year, but it’s especially important in warmer months when bears are more active.

Bears are normally solitary forest animals, but their powerful sense of smell can lead them into urban areas in search of food. Black bears are secretive animals and usually try to avoid people. However, conflicts with humans can occur when bears destroy gardens, bird feeders, apiaries and trash cans.

By understanding bear behavior, there are several ways people can reduce negative human-bear conflicts around their homes. The DNR’s Living With Black Bears In Wisconsin pamphlet offers more information more about co-existing with bears in Wisconsin.

Have a bear-related conflict?

The DNR partners with the U.S. Department of Agriculture’s Wildlife Services Program to respond to approximately 800 bear-related complaints reported in Wisconsin each year.

More information regarding bears and safety is available on the DNR’s Bear Hunting webpage.