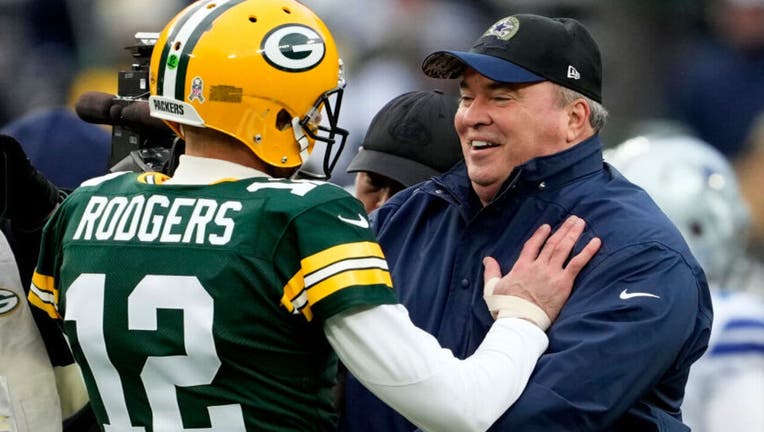 Green Bay (4-6) appeared well on its way to losing six straight games in the same season for the first time since 1988, trailing 28-14 in the fourth quarter before Rodgers led two long drives that ended with scoring passes to Watson.

McCarthy coached the Packers to their most recent Super Bowl title after the 2010 season and posted a 125-77-2 record with Green Bay before getting fired in 2018. This was his first game against the Packers since he took over as Dallas' coach in 2020.

Rodgers was McCarthy's quarterback for most of his time with the Packers. Their relationship grew strained in McCarthy’s later seasons, but they exchanged compliments over the last week and shared hugs before and after Sunday’s game.

The Cowboys (6-3) blew a 14-point lead heading into the fourth quarter for the first time in franchise history. They entered Sunday with a 195-0 record in such games, including playoffs.

McCarthy chose to go for it on fourth-and-3 from Green Bay's 35 on the opening possession of overtime instead of trying a long field goal. Dak Prescott was pressured by Jarran Reed and threw a desperation pass to Tony Pollard that fell incomplete. 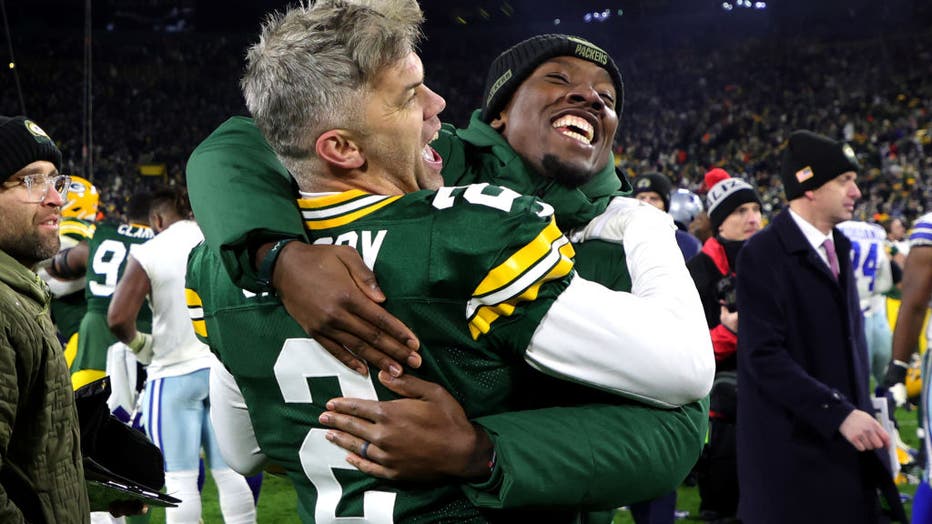 The Packers had third-and-1 from their own 44 on the ensuing drive when Rodgers threw across the middle to Allen Lazard, who caught the ball just beyond midfield and raced to the 20 for a 36-yard gain. The Packers then set things up for Crosby's game-winning kick.

Green Bay’s Aaron Jones rushed for 138 yards and a touchdown.

Watson, a second-round pick from North Dakota State, finished with four catches for 107 yards and became the first Packers rookie since Keith Woodside in 1988 to have multiple touchdown catches in a game. His three TDs were the first of his NFL career.

Rodgers found Watson for a 39-yard score on fourth-and-7 with 13:23 left. They connected again on a game-tying 7-yard TD with 2:29 remaining.

Watson had a 58-yard touchdown — the Packers’ longest completion of the season — in the second quarter. He celebrated by doing a back flip in the end zone. 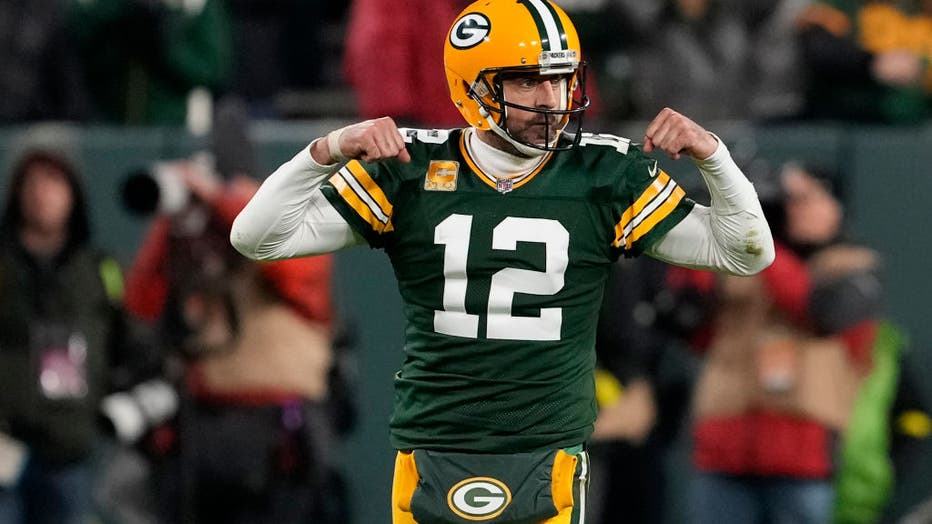 Prescott’s 5-yard pass to Dalton Schultz tied the game at 14-all with 8 seconds left in the first half. After a fumbled punt return by Amari Rodgers gave Dallas the ball at the Green Bay 45, Prescott hit CeeDee Lamb for a 30-yard gain to set up Tony Pollard’s 13-yard touchdown run with 7:14 left in the third.

Lamb capped the Cowboys’ next possession with a 35-yard touchdown reception.

Lamb finished with 11 catches for 150 yards and two touchdowns. Pollard ran for 115 yards and a score. Prescott went 27 of 46 for 265 yards, three TDs and two interceptions.

As play got underway Sunday afternoon at Lambeau Field, the Packers' defense forced the Cowboys to go 3 and out.

Aaron Jones and AJ Dillon got the first snaps for the Packers, as Green Bay committed to the run early.

Mason Crosby's 54-yard field goal attempt was no good, and the Packers came up empty after their opening drive.

The Packers' defense then forced its second 3 and out.

Neither team had scored at the end of the first quarter.

The Cowboys were the first to score a touchdown via CeeDee Lamb, and the Packers' defense gave up a 17-play scoring drive. The score was 7-0 Dallas with just under 10 minutes left in the half.

Soon after this, Aaron Rodgers was sacked and Dallas recovered at the Green Bay 10-yard line with about 8:15 left in the half.

Rudy Ford turned things around for Green Bay with his first interception as a Packers player – in the end zone.

Christian Watson tied the game with a 58-yard catch for the Packers' touchdown. With Crosby's extra point, it was 7-all with just under 5 minutes left to play in the half.

Rudy Ford grabbed his second interception of the game with under 3 minutes remaining in the first half. Coming into Sunday's game, Ford had one career INT.

Aaron Jones ran the ball into the end zone for a Packers' touchdown, putting Green Bay in the lead just before halftime. Crosby's extra point was good, bringing the score to 14-7 Green Bay.

Dallas tied things up before the half with a Dalton Schultz touchdown, making it 14-all at halftime.

In the third quarter, Christian Watson slowed down and missed what would have been a touchdown catch.

Dallas capitalized with a Tony Pollard touchdown. The Cowboys took the lead 21-14 with just over 7 minutes left in the third.

The Cowboys scored again with just under 3 minutes left in the third, courtesy CeeDee Lamb, bringing the score to 28-14.

Dallas had a two-touchdown lead at the end of the third quarter.

The Packers cut the Cowboys' lead early in the fourth with a Christian Watson touchdown catch. Mason Crosby's extra point brought the score to 28-21.

Watson's third touchdown of the game soon followed after a 30-yard gain by Aaron Jones. The Packers erased a two-touchdown deficit and tied the game at 28-all with about 3 minutes remaining.

The Packers had 1:38 to put the game away. Instead, they punted it away, and this game went into overtime at 28-all.

Dallas won the coin toss and would receive in OT.

At 4th and 4, Cowboys QB Dak Prescott, under pressure, threw an incomplete pass.

The Packers' defense made a stand, and the offense took over on downs.

A catch by Allen Lazard put the Packers inside the 20.