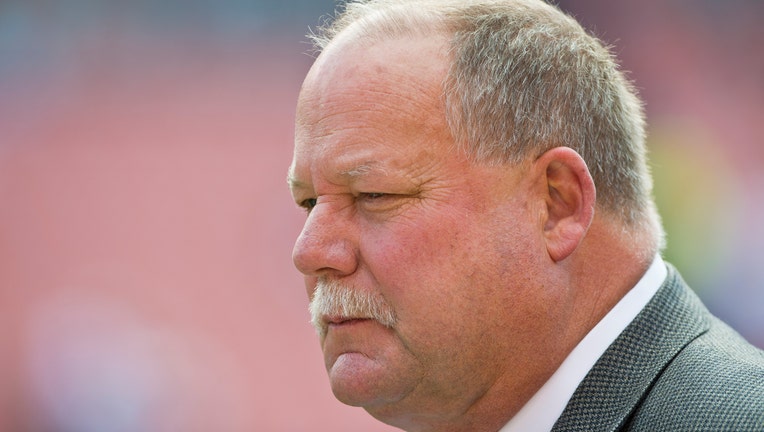 MILWAUKEE - A trio of Green Bay Packers past and present chimed on the ongoing Aaron Rodgers situation Friday, May 7.

ESPN's Adam Schefter reported in late April that Rodgers was "disgruntled" with the team to the point that he did not want to return. It has since set off a flurry of comments from pundits, players and fans.

Mike Holmgren, who coached the Packers for seven seasons during the 1990s, joined the conversation Friday on ESPN Chicago's "Carmen and Jurko" show.

"I can't imagine a relationship between the coach, or management, or whoever is making the decisions and a star quarterback like that getting to this point," Holmgren said via TMZ. "I just can't imagine it. I wouldn't allow it. It wouldn't happen."

Holmgren led the Packers to a Super Bowl XXXI victory and an appearance in the following season with Brett Favre, Rodgers' predecessor, leading the offense. The coach added that today's NFL is a "different world."

On Saturday, May 1 – the final day of the NFL draft and three days after the Schefter report broke – current Packers head coach Matt LaFleur commented.

"I want nothing more than to see him back here in a Packers uniform," LaFleur said. "I can't fathom him not being in Green Bay."

General manager Brian Gutekunst added that same day: "We're very optimistic that we can get through this."

Packers tight end Marcedes Lewis, Rodgers' teammate for the past three seasons, expressed his emotions Friday on the state of affairs in Green Bay.

"I hope it's something that can get worked out. Obviously, he is Green Bay," Lewis told TMZ Sports.

"Whatever it is, he's always done a really good job of just being professional and not putting his business out in the streets," said Lewis. "I'm really close to him, so if he hasn't told me anything – it's tough."

On ESPN Friday, former Packers center Jeff Saturday placed the blame for any tension on the organization.

"This is on the Packers," Saturday said. "They have screwed this up from the beginning."

Former Packers Favre and John Kuhn have also voiced their thoughts since the rift was reported, as have Super Bowl champion quarterback Terry Bradshaw and former NFL player O.J. Simpson.