MPD detective, officer honored; shot while trying to help others

Two of the Milwaukee Police Department's finest were honored on Friday, Feb. 4 – both of them shot while trying to help others.

MILWAUKEE - Two of the Milwaukee Police Department's finest were honored on Friday, Feb. 4 – both of them shot while trying to help others.

The detective suffered four gunshot wounds and was rushed to the hospital on Jan. 13 where he underwent emergency surgery. He was shot while trying to stop a robbery at the Shake Shack near Water and Buffalo.

"I was just kind of in the right place at the right time -- and did what I did," Wilkiewicz said. "You never really plan on getting shot and being put in a situation like that."

The detective said he got out of this situation pretty lucky – that he did not have greater injuries. 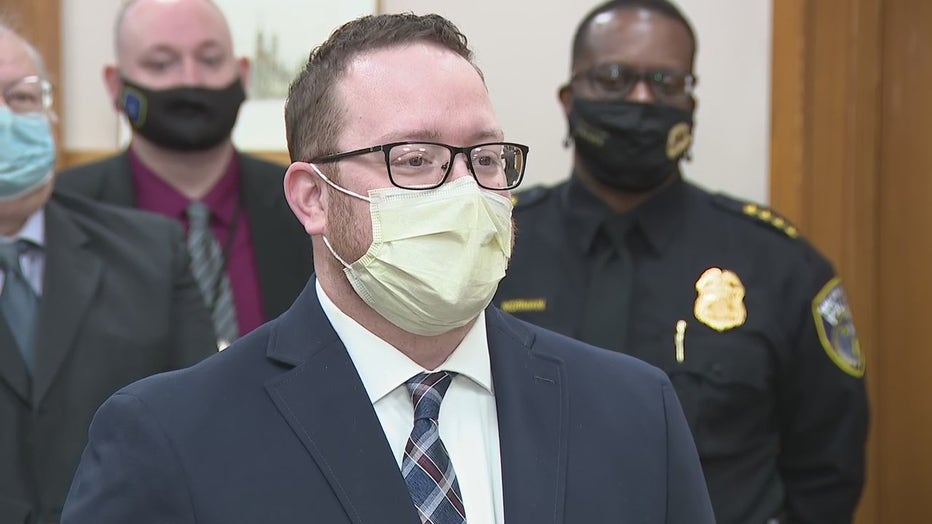 "They tell me it takes some time to recover. But I plan on getting back there 100%. That's my goal," Wilkiewicz said.

When asked if Wilkiewicz had any hesitation about returning to the streets as a detective, he offered this explanation.

"I don't think it would be appropriate to just pack up and quit. Crime isn't going anywhere, anytime soon. People need to step up and I don't plan on quitting," Wilkiewicz said. "That's my job -- catch the bad guys and put 'em in jail."

"That's a prime example in regards to what we are doing -- and how we are in the best interests of safety and our public -- on and off duty," said Milwaukee Police Chief Jeffrey Norman. 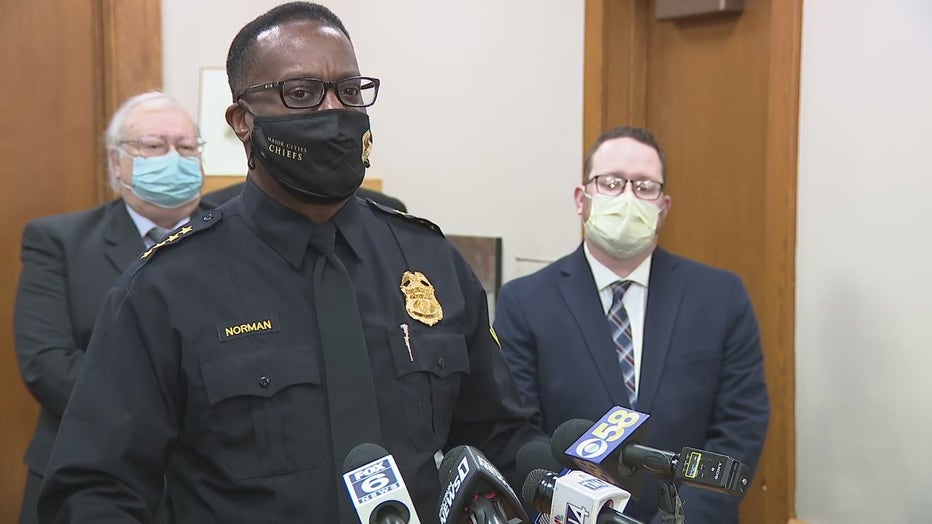 Details of what happened

Court documents detailed the shooting incident, which unfolded in seven minutes. Prosecutors said a woman working as a delivery driver pulled up outside Shake Shack when 19-year-old Kaeshawn Ellis-Brown tried to steal her car. He stopped, after seeing three kids in the backseat. 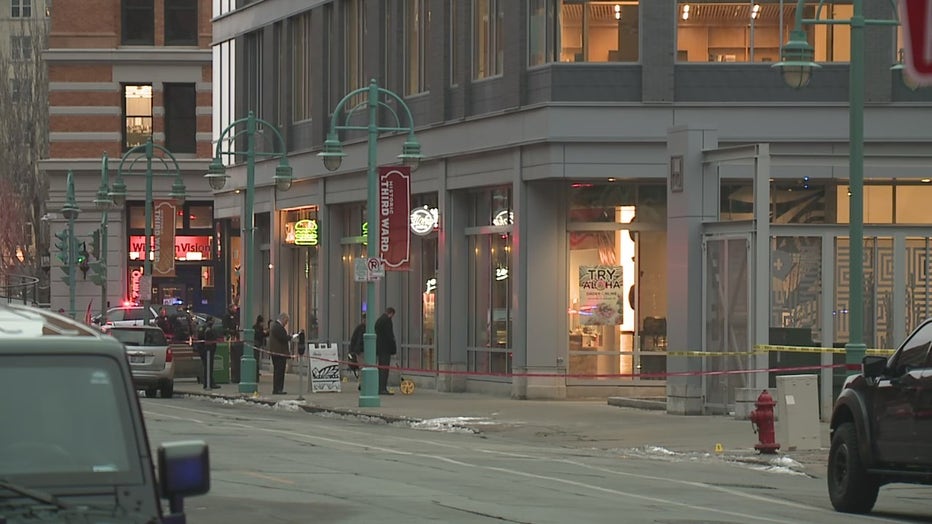 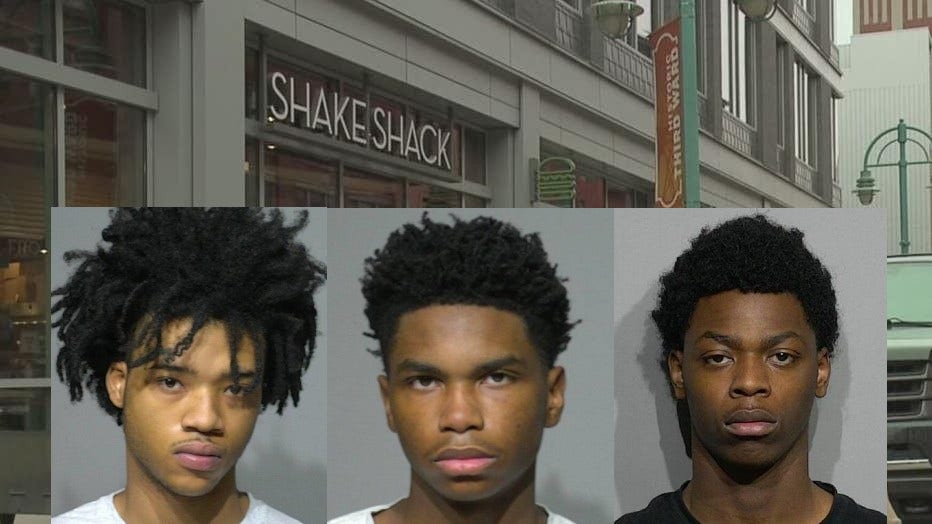 Ellis-Brown remains out of police custody – a warrant has been issued for his arrest.

Wilkiewicz walked out of Froedtert Hospital under his own power five days after the shooting. He was greeted with a standing ovation from a crowd of his colleagues and family. 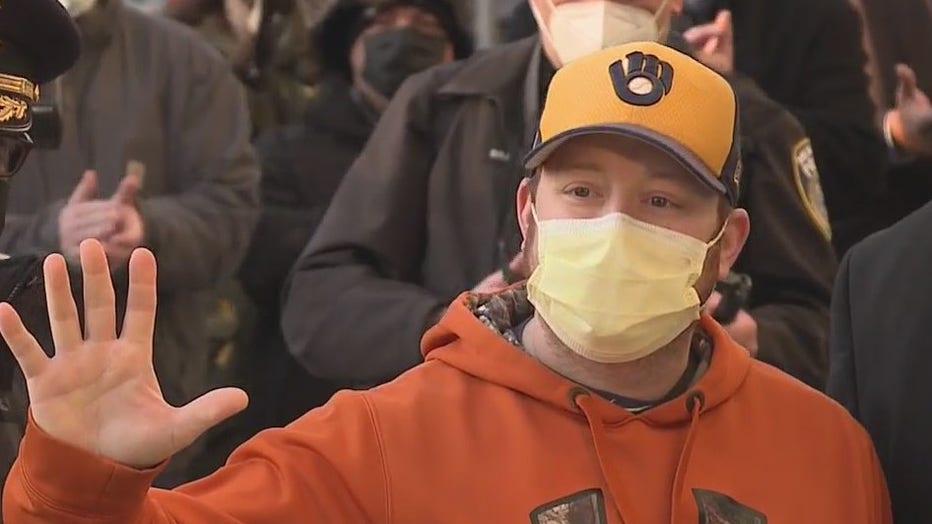 After leaving the hospital, Wilkiewicz picked up the phone to comfort fellow officer Herb Davis, who was shot near 25th and St. Paul in Milwaukee on Jan. 27. The two hugged each other at a fundraiser for Davis on Friday afternoon.

Davis was shot while checking on a person slumped over in a car. Davis had unexpected backup. 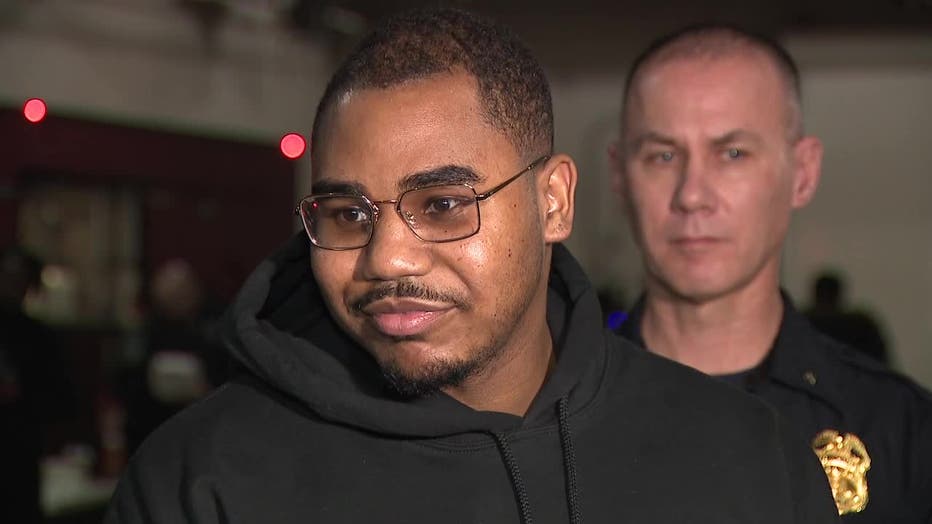 "How they comforted me and how they stood by me and waited until I received medical attention…I will never forget it," Davis said on Friday.

Ricardo Rosales and two friends just happened to be in the area after their truck broke down. While waiting for a tow, they saw Officer Davis get shot – and rushed to help. On Friday, all four reunited in a moment of gratitude. 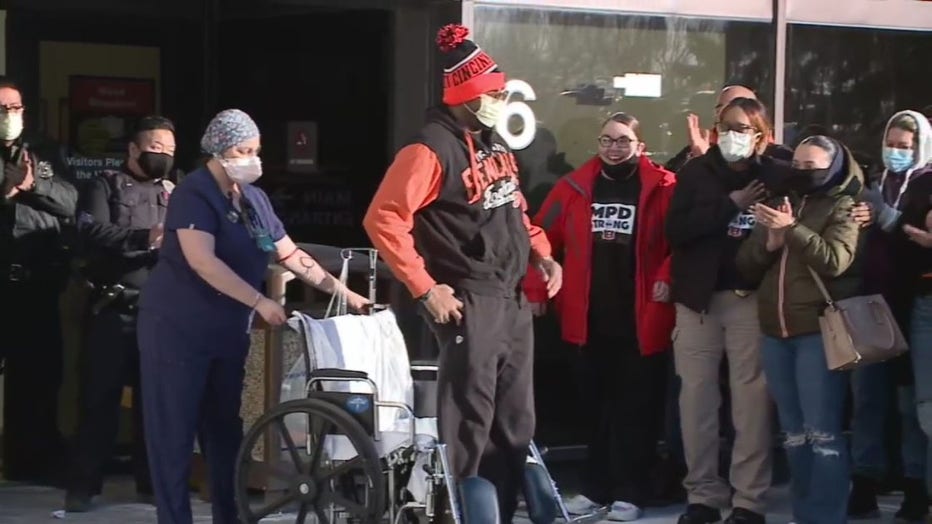 Officer Davis, a lifelong Cincinnati Bengals fan, is headed to the Super Bowl. He was surprised with tickets Tuesday, Feb. 1.