Stomp Out Hunger with FOX6

Earlier Thursday, Summerfest fans helped Stomp Out Hunger by bringing peanut butter for the Hunger Task Force. Their donation got them into the Big Gig for free today.

MILWAUKEE - For those who did not want to pay to get into Summerfest for opening day, the cost of entry was a good deed.

All people needed were two jars of peanut butter to take part in FOX6's annual Stomp Out Hunger campaign and earn free entry between noon and 3 p.m. Thursday, June 23.

"We are so excited to be here today," Brenna Holly with Johnson Controls said. "Today was our 15th annual stomp out hunger we collected jars of peanut butter from patrons coming to Summerfest."

For Johnson Controls and Hunger Task Force, it is a winning combination to give to those in need an item that kids enjoy eating.

"Peanut butter is that one delicious food that a kid can have for breakfast lunch or supper," said Sherrie Tussler with Hunger Task Force. "There are a lot of hungry kids in Milwaukee. One in four in the city in Milwaukee is suffering from hunger, and school is just recess, so we’re collecting peanut butter to make sure we can get it out in every single pantry bag through the course of the summer." 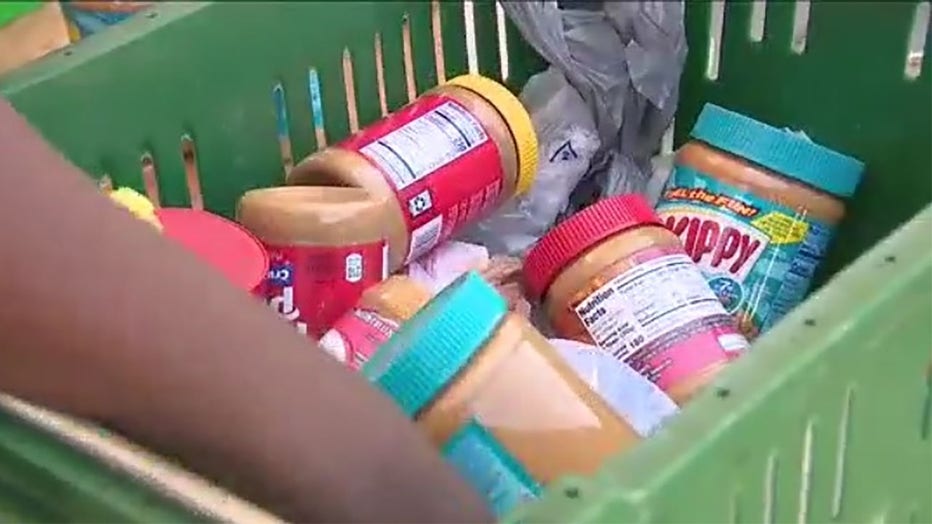 This year, it wasn't about the number of jars that were donated, it was about the efforts of those involved that make the tradition one that continues to bring awareness to the fight against food insecurity in Milwaukee.

"It’s so exciting to see so many people in our city come out and want to give back on this way," said Holly.

The effort collected more than 13,000 pounds of peanut butter.

If you missed a chance to take part in Stomp Out Hunger Day with FOX6, daily admissions promotions can be found on Summerfest's website.

If you need a ride to the grounds, Milwaukee World Festival, Inc. is offering bus shuttle transportation to the Big Gig on each of its nine days:

Riders are strongly encouraged to pre-purchase round-trip tickets in advance at summerfest.com to reserve a seat, as there is potential for the service to sell out. Roundtrip fare is $15.

There will be five routes offered that will run continuously starting daily at 5 p.m. The routes will pick up and drop off at the following Milwaukee County Park and Ride lots:

The Milwaukee County Transit System is again unable to provide shuttle services this year, but MWF anticipates local bar shuttles will be available as in the past.