Three men charged in connection to a shooting near Water and Highland that injured 17 people made their initial court appearance Thursday, May 19 – cash bond for all three set at $1 million.

MILWAUKEE - Three men charged in connection to a shooting near Water and Highland that injured 17 people made their initial court appearance Thursday, May 19 – cash bond for all three set at $1 million.

Marquise Jackson, 24, has been in custody since the Friday shooting.

"Here he was alleged to have possessed not just a dangerous weapon, but he brought what I think most people not familiar with firearms would call a rifle to this incident," said Milwaukee County Assistant District Attorney Chad Wozniak.

"In reviewing the case, it appears he fired that weapon 10 times, at least," Wozniak said.

Jackson, along with co-defendants 23-year-old Christopher Murry and 21-year-old Lemont Siller, are charged with conspiracy to hurt a 20-year-old man. They are also charged with seven counts of first-degree recklessly endangering safety. 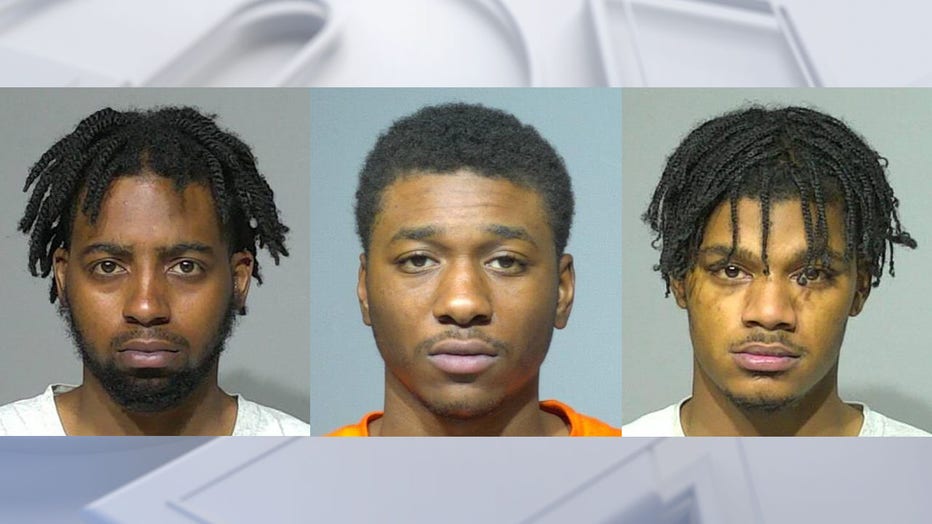 Investigators say Siller had a beef with the man. That conflict was what led to a shootout near Water and Highland. It was the second shooting on Water Street that night.

Of the 17 people injured, five were arrested – including Jackson. A number of weapons were recovered.

Shooting incident at Water and Highland captured by surveillance camera

Shooting incident at Water and Highland captured by surveillance camera.

"I think it’s important to note the defendant was out on a domestic violence allegation of a strangulation at the time of this incident," said Wozniak. Jackson was ordered to not possess any weapons.

"He is light years away from being able to post anywhere near that amount," Brett Copeland, state public defender, said of the $1 million.

"Mr. Jackson, I’ve said this before, I’ve set bail on the other defendants in this case," Milwaukee County Circuit Court Commissioner Grace Flynn said. "I agree with the state – that the fact that you’re facing 200 years is an incredible factor for making you a significant bail risk in my mind."

All three men are due back in court later this month for a preliminary hearing, along with another man. Jeremiah Fraylon is charged with felony firearm possession by an adjudicated delinquent, carrying a concealed weapon and bail jumping – being held on a $10,000 bond.