A pair of Milwaukee breweries invited all seven mayoral candidates to show off their firkin-tapping technique on Saturday.

MILWAUKEE - If you hope to be the next Milwaukee mayor, you will most likely have to tap a few ceremonial firkins.

With the primary election for Brew City's next mayor just over two weeks away, a pair of local breweries invited candidates to show off their technique Saturday.

"If you don’t know how to tap a firkin, you’re not qualified to be mayor," Tim Eichinger, owner of Black Husky Brewing, said.

Black Husky Brewing, along with Lakefront Brewery, invited all seven mayoral candidates to an inaugural firkin-tapping event. Plenty of voters came out to see how they did.

"This is like the biggest election we’ve had since 2004," resident John Johnson said. "We tend to keep incumbents for a long time in Milwaukee, so who knows how long we’ll have this one. It’s a big decision." 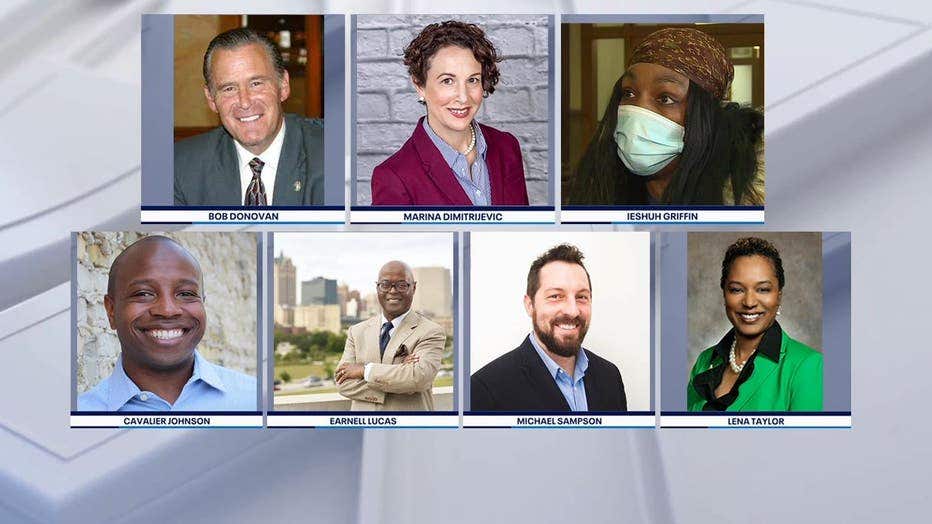 With a few taps of the mallet, each candidate hoped to impress. And it was more than just their pouring technique that people watched for.

"I’m really looking for genuine answers, authenticity," said resident John Rakowski. "I kind of want people’s honest answers as to how they want to tackle crime, how they are going to invest in the community and how they’re going to work together with fellow Milwaukeeans."

"I’m kind of interested to see how they interact with the public," Johnson said. "I think one of the most important things about a mayor is their human skills, their ability to be a manager of other people. I think that’s almost more important than ideology, so just kind of curious to see how they are in-person."

Each drink ticket was an unofficial vote of sorts in each candidate's stein. The real thing begins Tuesday, Feb. 1 – when early in-person voting gets underway. The primary is set for Tuesday, Feb. 15. The top two candidates will then move on to the April 5 election.

The Milwaukee Health Department reported declining trends to the COVID-19 case burden and positivity rate compared to the previous week.