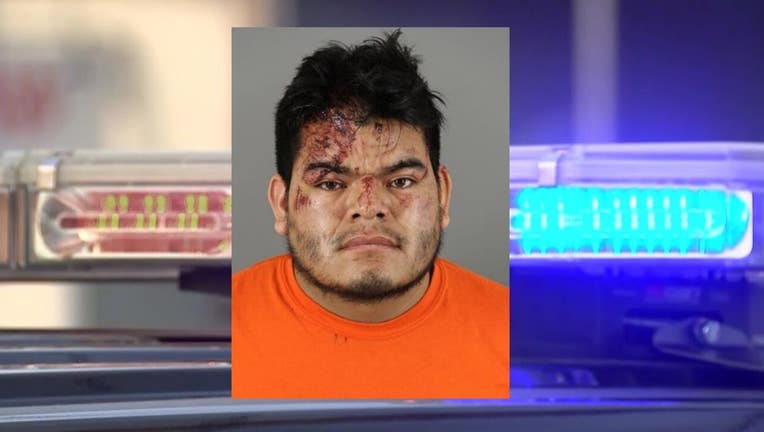 TOWN OF LISBON, Wis. - A Milwaukee man who prosecutors say has never had a driver's license was going about twice the speed limit, witnesses say, when he crashed into another vehicle at Townline and Schlei in the Town of Lisbon, killing his passenger.

According to a criminal complaint, investigators found a Jeep and a Ford Excursion at the scene, both with severe front-end damage. The Jeep was found on its side with fire damage. There was a 50-yard debris field with at least one power pole severed and on the ground.

The driver of the Excursion said the Jeep came into his lane as he was cresting the hill while going south on Townline and "appeared in front of him." He said he saw the passenger side of the Jeep before his airbags went off. He was taken to the hospital by ambulance.

Witnesses told investigators the driver of the Jeep was speeding, with one witness estimating he was going 80 in a 45 mph zone. Two witnesses said they had to take evasive action to avoid being hit by the Jeep.

In the complaint, prosecutors noted that this particular stretch of Townline is "extremely dangerous" in that it is a narrow, two-lane road that is extremely hilly with blind spots.

Investigators believe that Martinez Lopez, speeding northbound in the Jeep, crossed the center line into southbound traffic on Townline and hit the Excursion, at which point the Jeep was "almost entirely into oncoming traffic."