The family of a man found dead in the Milwaukee County Jail in June said they're finally getting some answers as to exactly what happened.

MILWAUKEE - The family of a man found dead in the Milwaukee County Jail in June said now, five months later, they're finally getting some answers as to exactly what happened.

Loved ones say 21-year-old Brieon Green's suicide was completely preventable. The family and their attorney met with the Milwaukee County District Attorney's office Thursday, Dec. 1. They said surveillance video showed a correctional officer pass by Green's cell as he was taking his own life.

"What we have seen today was the traumatic demise of Brieon Green," said Attorney B'Ivory Lamarr.

Less than three hours after Green was arrested for charges that included disorderly conduct and felony bail jumping, the Milwaukee County Sheriff's Office found him dead by suicide in his jail cell on June 26. 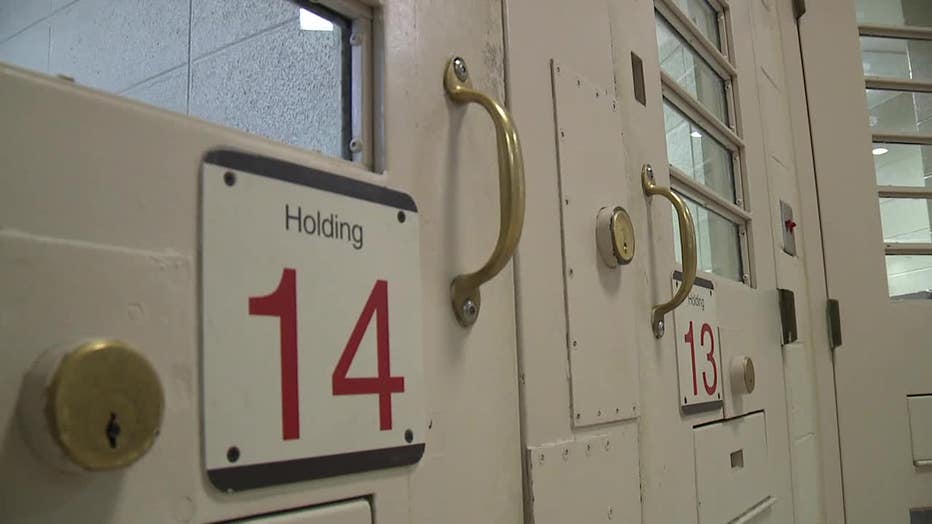 "Everyone who will see (the surveillance video) will be pissed, will be infuriated, because this was completely avoidable," said Alan Chavoya, outreach chair with Milwaukee Alliance Against Racism and Political Repression.

The video is part of an investigation led by the Waukesha County Sheriff's Department and has not yet been released to the public.

"I could not believe my eyes," said Lamarr. "Brieon Green literally had a phone cord, strangling himself with a phone cord, while a sheriff's officer goes directly passed the cell while he was supposed to be conducting a cell check."

The district attorney's office said it is still reviewing the matter. Lamarr said they expect to see the full file on the investigation in the coming weeks.

"While we understand the pain the loved ones of Brieon Green undoubtedly are experiencing, the investigation is ongoing and any inquiries regarding this investigation should be directed to the Milwaukee County District Attorney’s Office."

If you are concerned about yourself or a loved one, please contact the Wisconsin Suicide and Crisis Lifeline by dialing 988. You can also reach the Crisis Text Line by texting the word TALK to 741-741.