Wisconsin's unpredictable summer weather almost left a baker with spoiled sweets. Thanks to support from the community and a recognizable face, though, the food did not go to waste.

MILWAUKEE - Wisconsin's unpredictable summer weather almost left a baker with spoiled sweets. Thanks to support from the community and a recognizable face, though, the food did not go to waste.

"We had only been in for about an hour-and-a-half, and we had a line of people, and they just told everybody we have to go now because there’s a storm coming through," said Patrice. "I had five coolers of cheesecakes and then another five bins of cookies and cobblers."

The owner of Baked Dreams Creations said she shed quite a few tears, but that didn't last long because the community showed a genuine outpour of love and support. 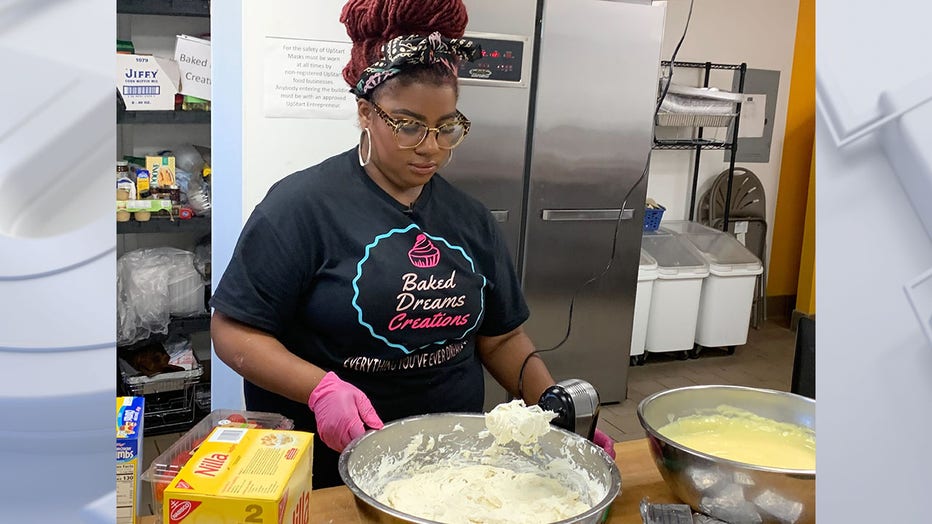 Other Milwaukee businesses stepped in to help, offering Patrice the chance to sell her bakery items at their events. She needed a moment to think things over, and decided to get some breakfast, when she ran into FOX6's Gino Salomone.

Salomone decided to post about Patrice and asked the community for help. His was request was granted; on Thursday, she sold out of all those baked goods.

"As a small business, my heart is just overwhelmed and full from the support and the love that we have received," Patrice said. "I’m just ready to keep serving everyone the way that we have."

Patrice told FOX6 she plans on selling her bakery items at the next Milwaukee Night Market, as long as it doesn't rain.