A Milwaukee man is accused of impersonating a police officer by having and using a car that was outfitted like a real law enforcement squad.

GLENDALE, Wis. - A 35-year-old Milwaukee man is accused of impersonating a police officer by having and using a car that was outfitted like a real law enforcement squad.

Daniel Nelson told FOX6 News he is not trying to pass himself off as anything other than what he is: a minister. However, the cops don't see it that way.

At first glance, Nelson's vehicle may look like a police officer's car. A closer look at the license plate, though, says: "This vehicle is on official ministerial business."

FOX6 asked Nelson if he's ever introduced himself as a police officer and calls himself an emergency chaplain. 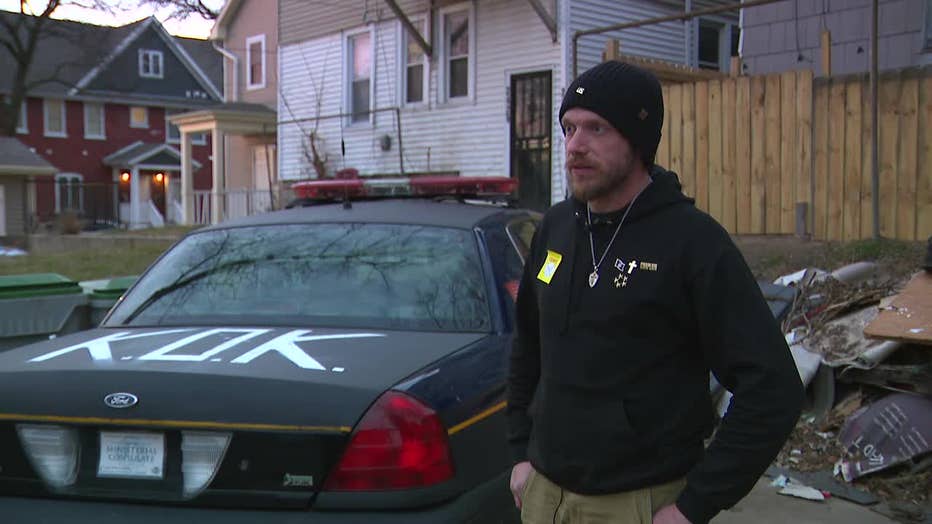 So why does Nelson's Ford Crown Victoria look the way it does?

Nelson: "I get basic demographics, down so once there’s emergency personnel, they don’t even work so hard once they get there. We had fire over here down the street here," Nelson explained. "I go around, and I try to secure the perimeters. I cut off everything, so people aren’t infringing on their ability to do their job."

FOX6: "It sounds like you’re working as a police officer then?"

Nelson: "No, nothing is in my capacity as an officer. Everything I do is in legitimacy from what I’m doing in a emergency chaplaincy."

Online records show Nelson is an ordained minister. He got an LLC with the state titled "U.S. Federal Ministerial Consulate" – that's why he believes he can drive on the road with emergency lights on.

"There’s a difference between church and state. Church and state. State does not have ruleship over the church, and the church can only influence the state to produce what we need for our people," Nelson said.

The Milwaukee County District Attorney's Office disagrees. Nelson is charged with impersonating a peace officer earlier this week, and he was charged with the same crime in January, too.

A criminal complaint states Nelson "identified himself as a police officer at least two times" to a person in Glendale. On top of it, he can't legally drive at all. 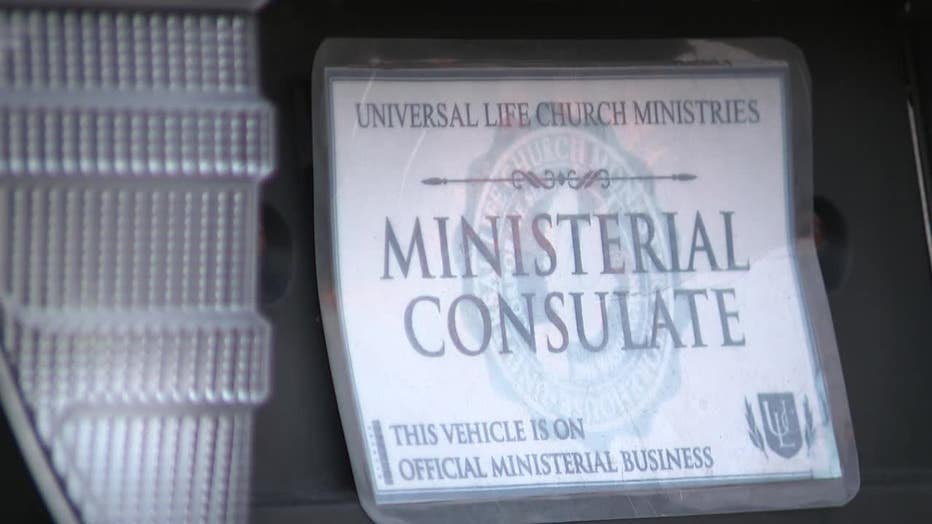 "No. Nope," Nelson answered when FOX6 asked if he has a valid driver's license.

Nelson said he lost his license because police gave him dozens of tickets. He believes some officers are trying to stop his work.

"To be honest with you, a lot of times in the situations I deal with, it’s not to be in any negative aspect towards them, I do my job a lot better than they do," he said.

Nelson said, because of all this, his car his going to the junkyard on Friday, Dec. 2.

Nelson is charged with impersonality a peace officer and felony bail jumping. According to the criminal complaint, a Glendale police officer was on patrol in a marked squad early on Sunday, Nov. 27 when he spotted emergency lights and heard sirens on northbound I-43 just north of Hampton Avenue. At the time, the officer believed the lights and siren were coming from a Milwaukee County Sheriff's Office squad.

Roughly five minutes later, the complaint states the officer "observed a black and blue Ford Crown Victoria driving southbound on North Ironwood Road." The Ford stopped while still in a driving lane and the driver, later identified as Nelson, waved the officer down. 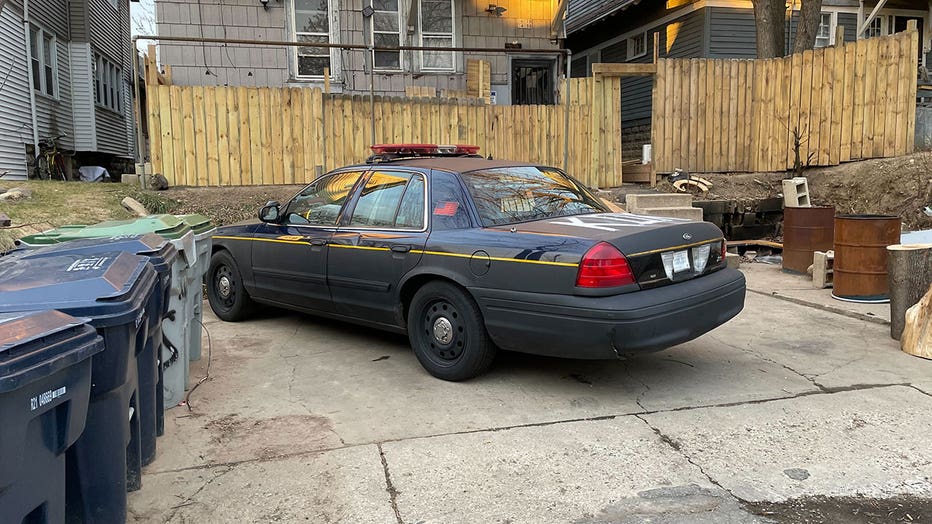 The officer approached the Ford which "resembled a real police car, and had a red-and-white light bar attached to its roof, push bars attached to the front, a paper license plate that read ‘Ministerial Consulate,’ and bars on the rear windows with a German Shepherd inside the back seat," the complaint states. The defendant provided the Glendale officer with a business card and stated "he helps homeless people in crisis and was looking for a homeless person experiencing a mental health episode." The officer told Nelson he would check the area and continued on patrol.

Later, the Glendale officer spotted a man walking on Lexington Boulevard. The officer asked if the man was OK. He said he was. A short time passed, and the officer noticed the defendant speaking with that same man. When the officer approached the defendant, he "stated that he was an 'emergency chaplain' and was concerned for (the man's) wellbeing." A second officer showed up on the scene – and both the defendant and the walking man were released. 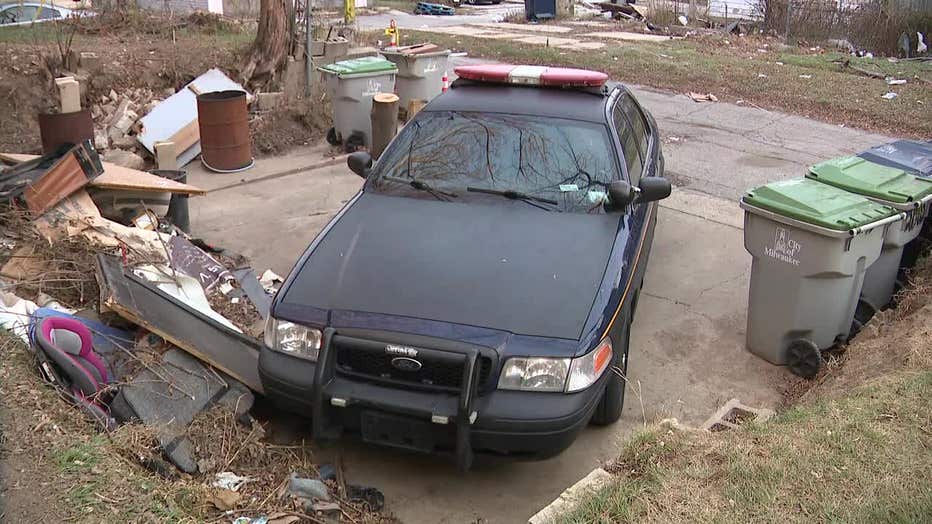 Nelson was ultimately arrested after responding to the Shorewood Police Department's station in response to multiple efforts by the Glendale officers to contact him. In an interview, the complaint states "the defendant denied making any statements about being a police officer." Nelson stated "he had purchased his Ford Crown Victoria from a 'private police' department, and that he was an 'emergency chaplain.'" When officers asked if the defendant understood that only authorized emergency vehicles could drive with lights and sirens on, Nelson "responded by asking the officers if they understood the free practice of religion and the United States Constitution," the complaint states.

The Glendale officers obtained video of northbound I-43 and Capitol Drive and Silver Spring Drive. It showed a dark-colored Ford Crown Victoria "activate red and amber emergency lights, and continue driving for approximately 1.5 miles with emergency lights activated at 72 mph in a posted 55 mph zone," the complaint states. The Ford exited at Silver Spring "in the approximate area where (the Glendale officer) first interacted with the defendant."

Nelson made his initial appearance in Milwaukee County court on Wednesday, Nov. 30. A signature bond of $5,000 was set for Nelson. He is due back in court for a preliminary hearing on Dec. 15.