Kyle Rittenhouse trial: Jury will get to consider some lesser charges

The jury that will decide Kyle Rittenhouse’s fate will be allowed to consider some lesser charges in addition to those prosecutors originally brought against him, after fierce debate by both sides on Friday.

KENOSHA, Wis. - The jury that will decide Kyle Rittenhouse’s fate will be allowed to consider some lesser charges in addition to those prosecutors originally brought against him, after fierce debate by both sides on Friday.

The arguments over what would be in the jury instructions were contentious at times, with attorneys rehashing debates they had earlier in the trial or in pretrial hearings. At one point, as the two sides debated about what a particular photo showed, Judge Bruce Schroeder lost his temper, snapping: "You’re asking me to give an instruction. I want to see the best picture!"

Rittenhouse, who was 17 when he fatally shot two protesters and wounded a third in August 2020 during a chaotic night of protests in Kenosha over the police shooting of Jacob Blake, a Black man, testified that he had acted in self-defense. Jurors are expected to begin deliberating Monday in the case that has left Americans divided over whether the Illinois teenager was a patriot who took a stand against lawlessness or a vigilante who brought a gun to a protest. 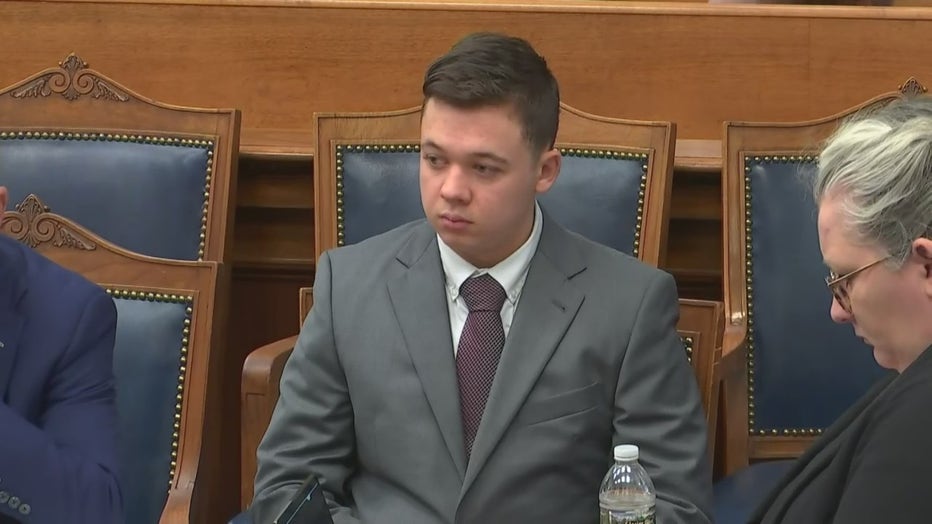 Rittenhouse is charged with several counts, including homicide and attempted homicide, in the killings of Joseph Rosenbaum and Anthony Huber and wounding of Gaige Grosskreutz. Wisconsin law allows the prosecution and defense to ask that jurors be told they can consider lesser charges as part of the instructions they receive before deliberating the case.

With many legal observers saying prosecutors struggled to poke holes in Rittenhouse's self-defense claims, Schroeder's decisions on what to allow in terms of lesser charges could be significant.

The judge said he would issue his final rulings on Saturday, but he also made some findings from the bench and indicated how he was inclined to rule on others. 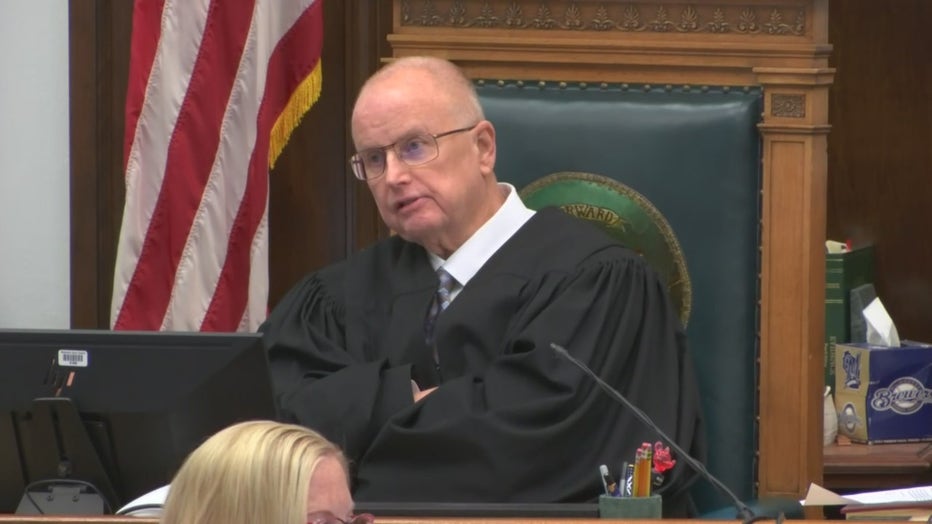 He addressed Rittenhouse directly at one point toward the end of the day's proceedings, which took place without the jury present. He told the defendant that by having the lesser charges included, "you’re raising the risk of conviction, although you’re avoiding the possibility that the jury will end up compromising on the more serious crime. And you’re also decreasing the risk that you’ll end up with a second trial because the jury is unable to agree." 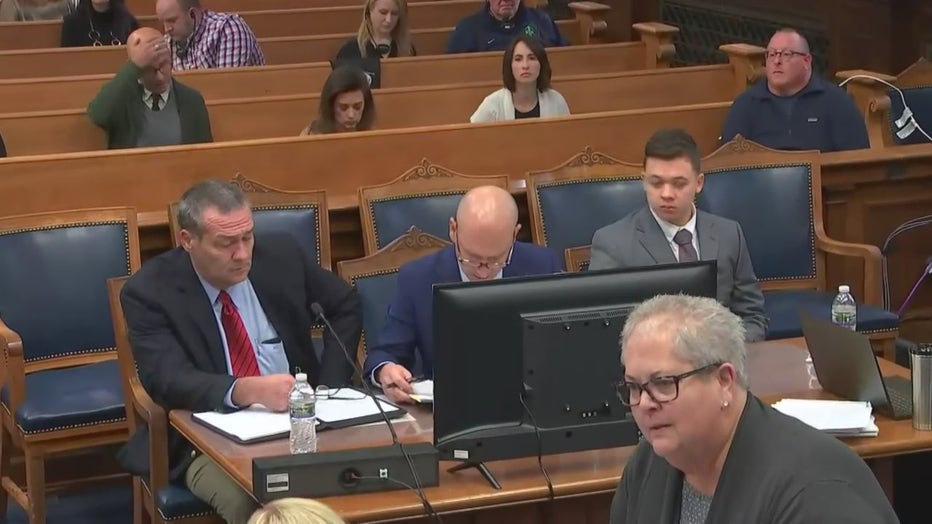 Rittenhouse also faces two charges of first-degree reckless endangerment: one for firing at an unknown man who tried to kick him in the face and another because a reporter was in the line of fire when Rittenhouse shot Rosenbaum.

Schroeder said he was inclined to allow a lesser charge of second-degree reckless endangerment when it comes to endangering the reporter, but that attorneys shouldn’t be surprised if he doesn’t allow it. He also said he wouldn't allow the lesser charge in the case of the unidentified man who tried to kick Rittenhouse.

Rittenhouse also faces one count of first-degree intentional homicide in Anthony Huber’s death, which carries a mandatory life sentence. Huber swung his skateboard at Rittenhouse after the teen killed Rosenbaum.

Rittenhouse faces one count of attempted first-degree intentional homicide for shooting and wounding Gaige Grosskreutz in the arm. Grosskreutz confronted Rittenhouse after Huber was shot and killed. 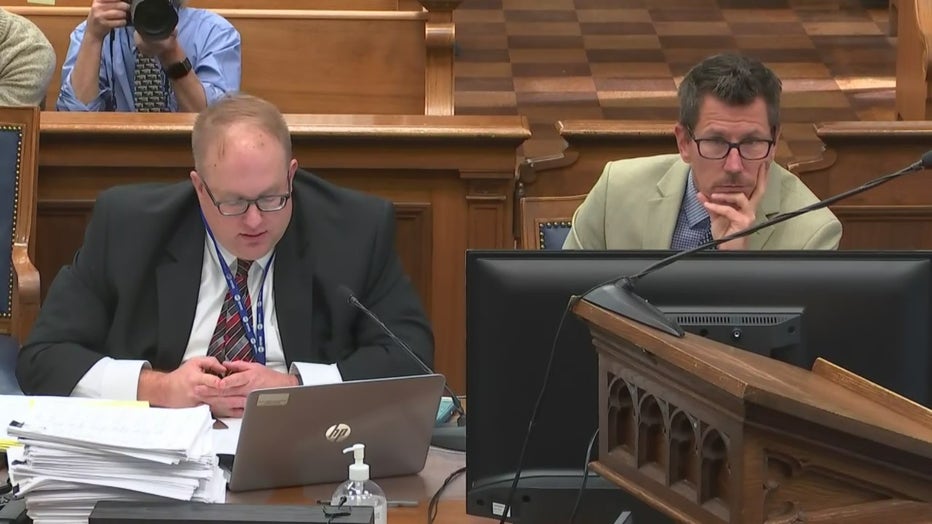 Schroeder said he would mull it over but was inclined to agree with prosecutors.

Rittenhouse’s lawyers rested their case on Thursday after putting on about 2 1/2 days of testimony compared to the prosecution’s five. The most riveting moment came when Rittenhouse told the jury that he was defending himself from attack when he used his rifle to shoot the three men.

After closing arguments on Monday, names will be drawn to decide which 12 jurors will deliberate and which ones will be dismissed as alternates. Eighteen people have been hearing the case. The panel appears to be overwhelmingly white, like Rittenhouse and the three men he shot.

The protests were set off by the wounding of Blake by a white police officer. Rittenhouse went to Kenosha from his home in nearby Antioch, Illinois, with a rifle and a medical kit in what the former police and fire youth cadet said was an effort to protect property after rioters set fires and ransacked businesses on previous nights.

The case has stirred fierce debate over vigilantism, self-defense, the Second Amendment right to bear arms and the unrest that erupted throughout the U.S. over the killing of George Floyd in Minneapolis and other police violence against Black people. 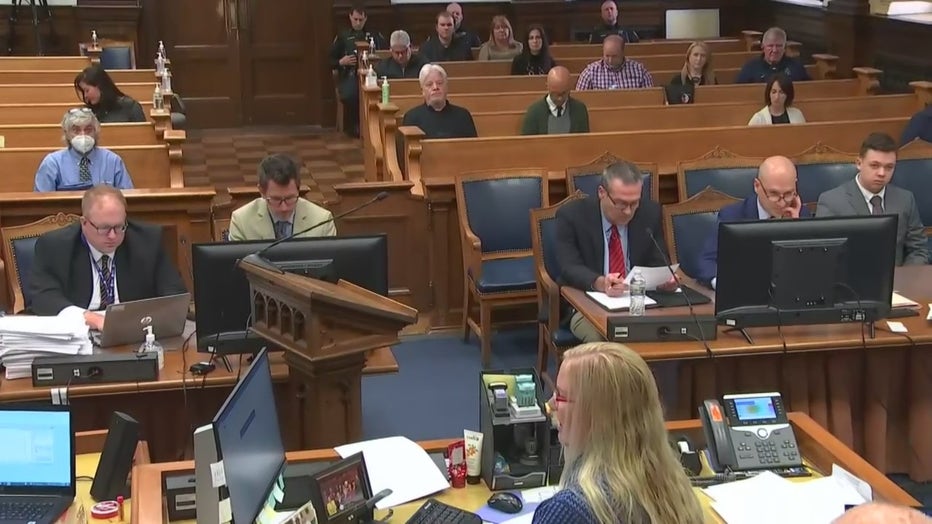 When he testified about that night, Rittenhouse said he heard a gunshot directly behind him as he was being chased by Rosenbaum. Authorities said the shot was fired by someone else in the crowd.

The account Rittenhouse gave has largely been corroborated by a wealth of video and the prosecution’s own witnesses: Rittenhouse said Rosenbaum cornered him and put his hand on the barrel of his rifle, that Huber hit him with a skateboard and that Grosskreutz came at him with a gun of his own.

At one point Wednesday, his lawyers angrily demanded that the judge declare a mistrial and bar Rittenhouse from being retried — essentially asking that the whole case be thrown out. They accused the chief prosecutor of asking Rittenhouse out-of-bounds questions.

The judge lambasted the prosecutor but pressed on with the case.

The Kyle Rittenhouse case will soon be in the hands of the jury.

Aaron Rodgers’ explanation for refusing to get the coronavirus vaccine and the punishment the NFL handed down to the Green Bay Packers and the reigning NFL MVP didn’t sit well with a former All-Pro linebacker.

A man was killed near 27th and Atkinson in what the medical examiner says is a homicide.