After the Independence Day parade mass shooting, a group is trying to bring to Highland Park what it brought to Waukesha after 2021's parade attack.

HIGHLAND PARK, Illinois - After a gunman opened fire at an Independence Day parade, a ministry group is trying to bring to Highland Park what it brought to Waukesha after 2021's parade attack.

Blue, wooden hearts aligned in a half-circle are helping Highland Park pay tribute to the parents, neighbors and friends who are now gone. The names are different from those in Waukesha, but the message – for a community to be strong – remains the same.

"I just had to. I didn't sleep last night. I've been glued to the TV nonstop, and I felt that I needed to be with my community," said Susan Olken.

Outside the church, hugs were held a bit tighter and longer than normal as people stopped to see the blue hearts display. 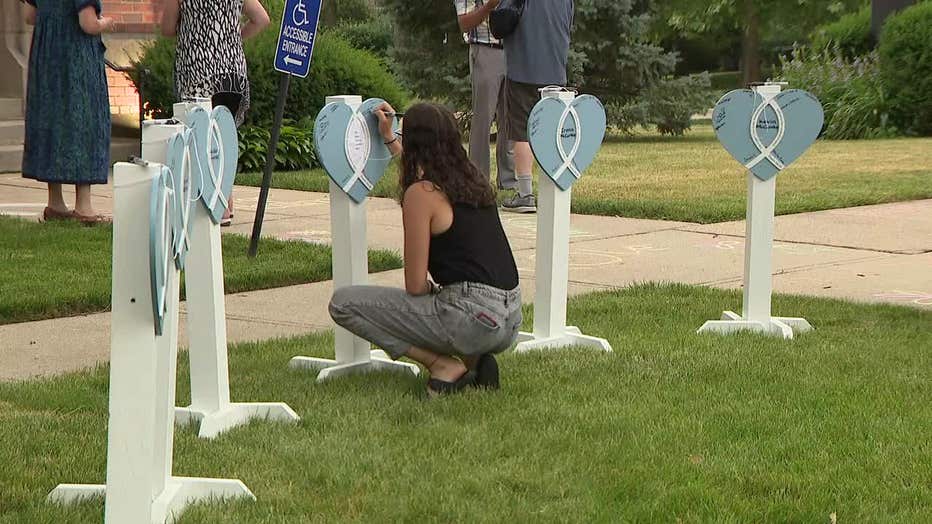 "It's just bringing that comfort to a hurting community," said Dona Martin with Lutheran Church Charities.

Luthern Church Charities aligned seven blue hearts of mercy and compassion in Highland Park – one for each person killed – just as they did in Waukesha.

Those hearts included a married couple, Irina and Kevin McCarthy. Their 2-year-old son is now orphaned.

Near the crosses, the LCC's K-9 unit brought about different emotions, where therapy comes through pets and wagging tails. 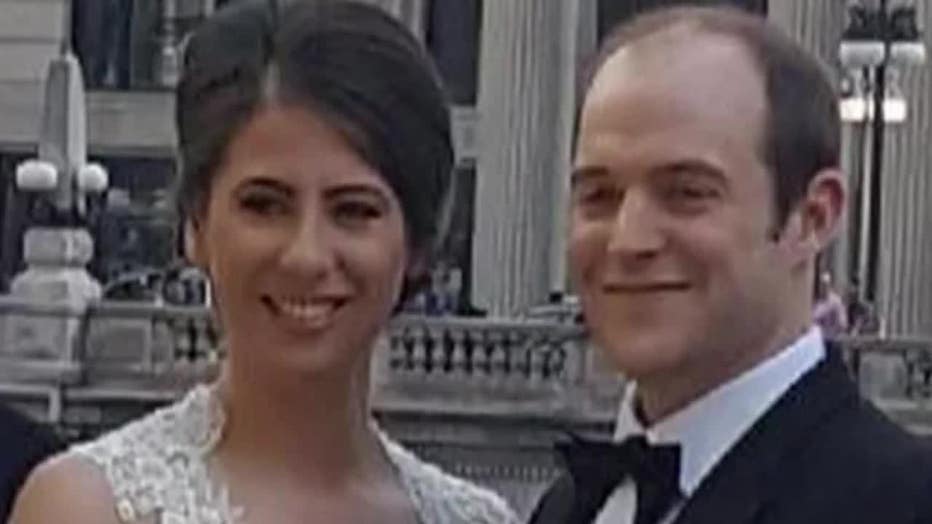 "When they're petting a dog, it just naturally lowers their blood pressure. It just gives them that moment to be natural for a little while," Martin said.

All day Tuesday, Highland Park's churches opened their doors for anyone in need of help, conversation or fellowship.

"Just to pay tribute to all these families and all the people who went through this in person," said Dr. Christina Alexakos, a licensed clinical psychologist.

For now, the community searches for peace through each other.

"We'll support one another and do what we need to do to get through it," Olken said.