A Kenosha man faces multiple charges after fleeing Greenfield police and crashing into multiple cars at the Rosen Nissan dealership near 27th and Grange. 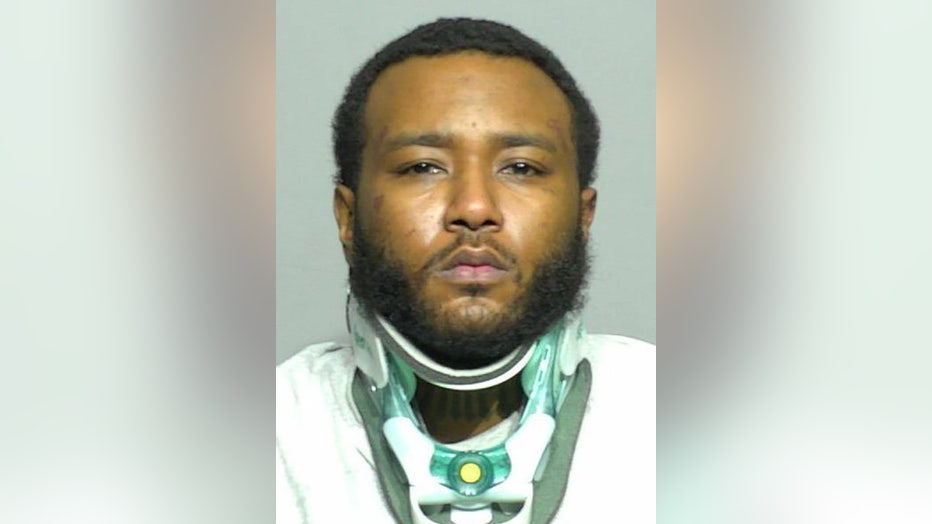 The accused is Aaron Kirksey – and he faces the following criminal counts:

According to the criminal complaint, a Greenfield police officer spotted around 2:15 a.m. on Sunday, Feb. 13 two vehicles traveling at a high rate of speed on southbound S. 27th Street from W. Cold Spring Road.

The officer's radar indicated the vehicles were traveling at 80 miles per hour (mph) in a 40 mph zone. The officer activated his lights and sirens to stop the vehicles.

Dash camera video shows police pursuing an SUV that ended up crashing into multiple vehicles at Rosen Nissan near 27th and Grange.

The complaint indicates one of the vehicles turned eastbound on W. Layton Avenue -- while the other "continued to accelerate away from the squad at a high rate of speed."

An officer was located at Rosen Nissan near 27th and Grange -- and set up stop sticks in an attempt to stop the fleeing SUV. This officer observed the SUV traveling at approximately 100 mph. 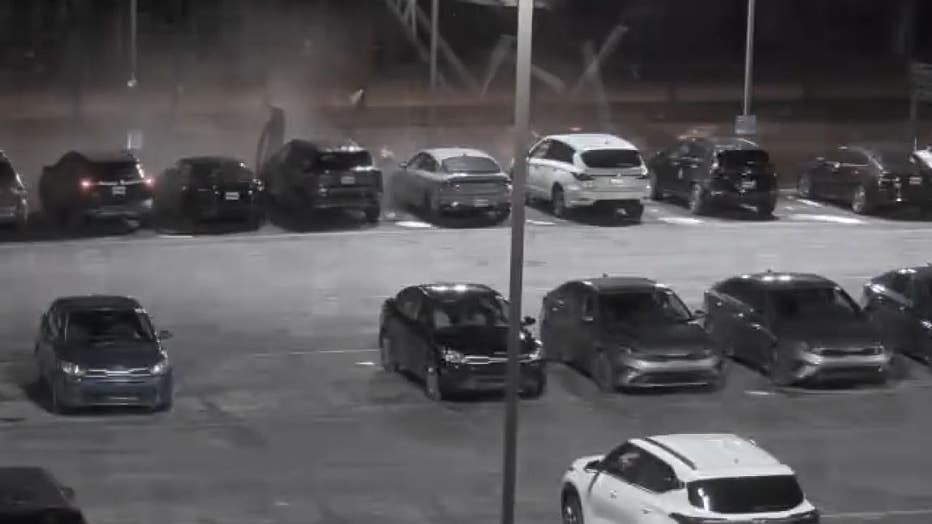 The complaint says as the SUV approached the stop sticks, the driver "at the last second attempted to swerve to avoid hitting the stop sticks. The SUV swerved and lost control of the vehicle."

The officer was able to jump out of the way -- as the SUV "went airborne into the power lines" and then crashed into multiple vehicles in the Rosen lot.

According to the complaint, Kirksey, the driver of the SUV, attempted to flee on foot after the crash. He was ordered to the ground and eventually taken into custody.

"What did I hit?" asked Kirskey while being arrested.

Kirksey was taken to a hospital after complaining of pain. The complaint says while receiving treatment, he "became agitated, aggressive, and began to spit and threaten hospital staff and security."

Police searched the SUV of that crash. The complaint say that search "revealed a small clear plastic bag of green leafy substance suspected to be THC in the back passenger seat behind the driver's seat." Officers also "located a black 9mm semi-auto Ruger firearm with a magazine underneath the firearm and one 9mm round in the chamber in the backseat."

Kirksey made his initial appearance in Milwaukee County court on Tuesday, Feb. 15. Cash bond was set at $25,000. He is due back in court for a preliminary hearing on Feb. 23. Kirksey also has a warrant in Kenosha County for similar charges.

The Milwaukee Fire Department's Dive Response Team were dispatched to the scene near Plankinton and St. Paul around 11:40 a.m.

Community groups in Milwaukee on Wednesday, Feb. 16 addressed the rash of car thefts committed by youth and the victims trying to protect their property.