WAUKESHA, Wis. - Darrell Brooks, 40, is on trial for the November 2021 Waukesha Christmas parade attack that killed six and injured more than 60. Here's a look at key players in what's expected to be a lengthy trial, including the judge, lawyers, witnesses and victims.

Judge Jennifer Dorow cleared the entire month of October for the trial.

Here’s a list of key people who will be a part of it: 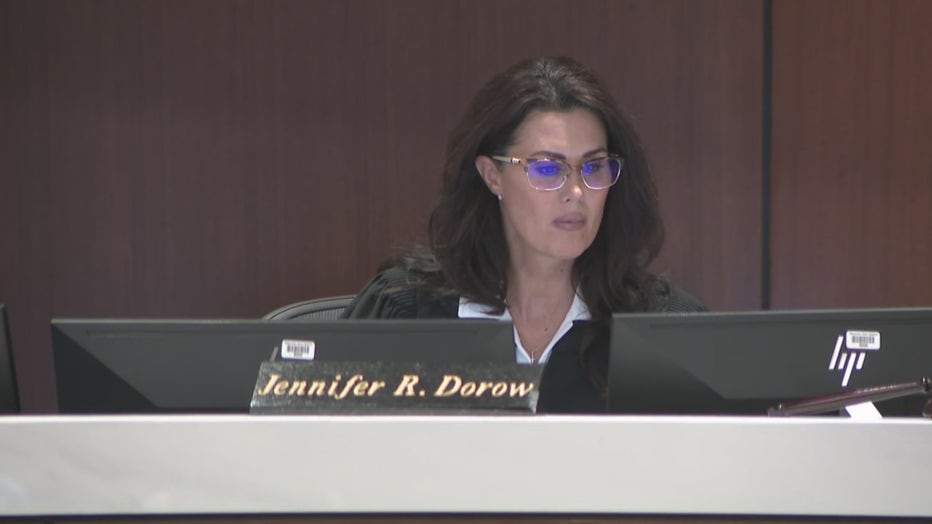 Circuit Court Judge Jennifer Dorow will preside over the trial.  Dorow was appointed by former Governor Scott Walker in December 2011 and sworn in the following year.  Dorow currently serves as Waukesha County’s chief judge, supervising and directing the administration of the district.

In March, Dorow disclosed she had a professional relationship with a parade victim's father. She said he helped her and Dorow’s husband with estate planning. Dorow said the man previously donated $500 to her judicial campaign and she offered him her condolences after the parade via text messages.

Dorow said she hasn’t interacted with him since and pledged to officiate the case impartially. 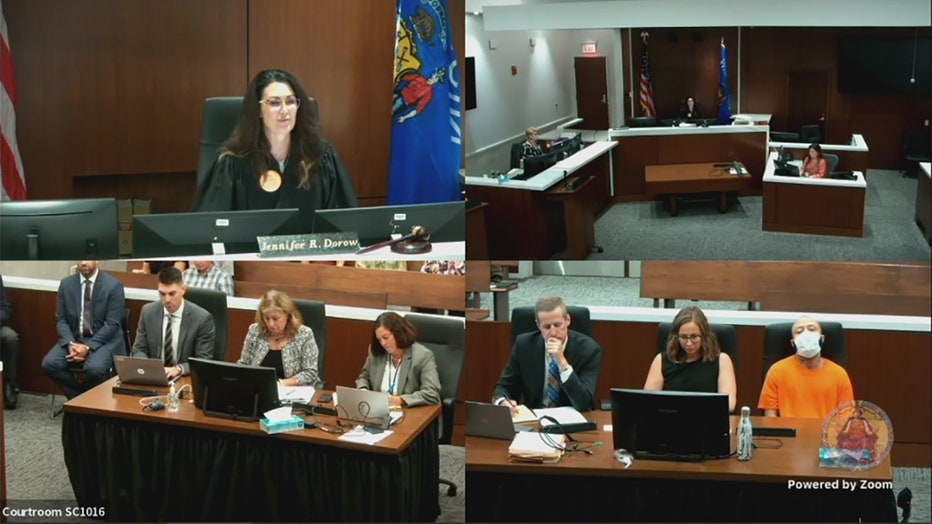 Darrell Brooks is defending himself in this trial after his attorneys submitted a motion to withdraw.

Judge Dorow ruled Sept. 28 Brooks can defend himself and waive his right to an attorney.

It's a decision Brooks' own mother said is a bad idea, calling her son "unstable." Judge Dorow found Brooks suffers from a personality disorder and faces an uphill fight against an experienced prosecutorial team but is "competent" and "coherent. She did note a number of past outbursts in court in her ruling.

Brooks initially pleaded not guilty by reason of mental disease, which could have resulted in him being sentenced to a mental institution rather than prison. He withdrew that plea in September without explanation. Dorow said in court Sept. 28 that psychologists found Brooks has a personality disorder but is mentally competent.

Dorow warned that without legal training he faces long odds against Opper and her assistants. But without a finding of mental incompetence, she said, she was legally bound to allow him to proceed.

Brooks can be volatile in court. During a hearing in August, he fell asleep at the defense table, woke up, went on a tirade and scuffled with a bailiff. At the Sept. 27 hearing on his attorneys' motion to withdraw, he repeatedly interrupted Dorow as she spoke. Dorow became so frustrated she adjourned until the next day. 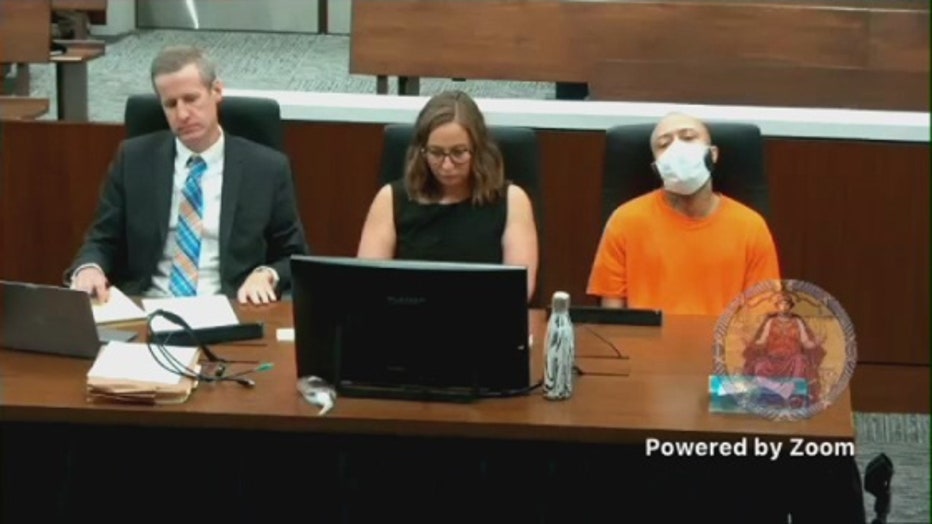 Darrell Brooks has a felony record that dates back to 1999 when he slashed another man's face with a knife.  He has been convicted of drug and gun crimes – strangulation and battery.  In 2011, Brooks tried to flee from a traffic stop and the officer feared Brooks was "trying to run him over."

In July 2020, Brooks was charged with a series of felonies after prosecutors say he fired a gun at his nephew outside a house on N. 19th Street in Milwaukee. After that shooting, Brooks was ordered to have no contact with a number of people, including his mother, Dawn Woods, but when he was arrested again just a couple of weeks ago on new crimes, it was his mother who bailed him out.

In early November 2021, Brooks was charged with two felonies and three misdemeanors, including second-degree recklessly endangering safety (domestic abuse assessments) after prosecutors say he ran over his girlfriend in a Milwaukee gas station parking lot. The incident left the mother of his child with a bloody face and tire tracks on her leg. According to prosecutors, he later tried to persuade the woman to not cooperate with investigators in exchange for marriage.

In August, prosecutors filed 32 pages worth of potential witnesses they could call at trial.

Video of the parade attack will be a key component of the State’s case. 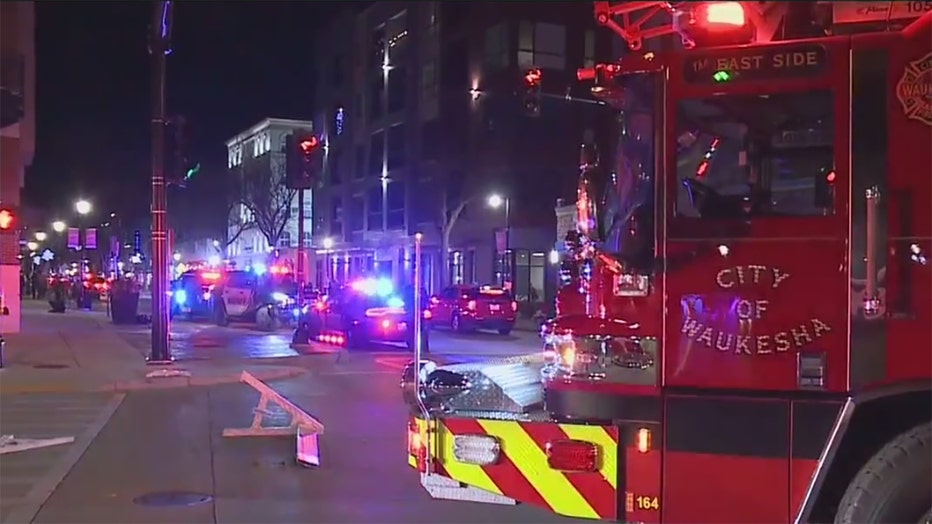 Detective Michael Carpenter with the Waukesha Police Department is expected to show a video of the attack edited from multiple sources and angles.  According to a court filing, Carpenter will "organize the content in a single timeline, adjust timing offsets to real-time and tag important observations and clips.  Based on the video analysis, he will calculate the actual speed of the vehicle driven by the defendant as it traveled in the 400 block of Main Street."

Before Brooks fired them, his defense attorneys submitted three witnesses and two potential expert witnesses.  Dawn Woods, Brooks’ mother, was on the list.  The two experts included an accident reconstructionist with Skogen Engineering Group and a doctor with Medical Pharmacology and Toxicology Consulting.  The defense noted that doctor would "testify regarding the drug blood results and the lab testing of Mr. Brooks’ blood results showing Delta-9 THC."

More than 60 people were injured, and 18 of them were children.

The parade attack impacted hundreds of people.  The Waukesha Community Foundation told FOX6 News in March that 560 people applied for more than $6 million raised through donations.

The city of Waukesha’s Parade Memorial Commission voted in September to hire Thrive Architects for permanent memorials for the victims of last November's attack at Grede Park and on Main Street.