For Waukesha Christmas Parade attack memorials at Grede Park and Main Street, the commission voted for Thrive Architects' design – a "Heart of Unity" with six ribbons representing the six victims coming together to form a heart at Grede Park and a Waukesha Strong heart at the Five Points Intersection of Main Street.

WAUKESHA, Wis. - The Waukesha parade commission on Tuesday, Sept. 13 voted on memorial design proposals. The memorials for the victims of last November's attack will be at Grede Park and Main Street.

Three firms created designs for both a memorial in Grede Park and an accompanying memorial along Main Street. Two artists also submitted proposals for Main Street.

Thrive Architects' designs were the overall favorites, but the commission liked another design so much, it will also be incorporated into the Grede Park location. 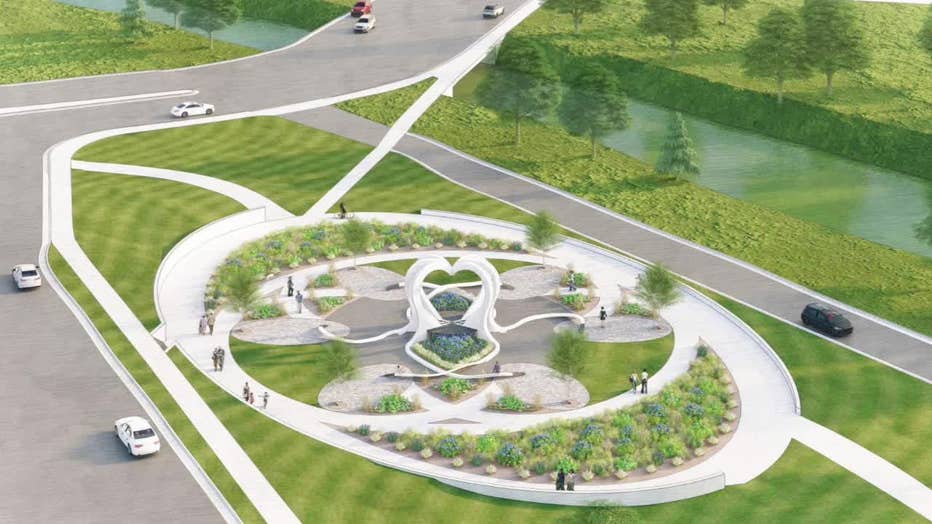 Thus, the commission also voted to incorporate elements from artist Carmen de la Paz at Grede Park. All three incorporate a heart, a symbol that became synonymous with the Waukesha parade tragedy.

Cost is the next hurdle for the commission. Both memorial sites will be covered through fundraising. The Grede Park location alone could cost $1 million. The commission wants to raise as much as possible by March. 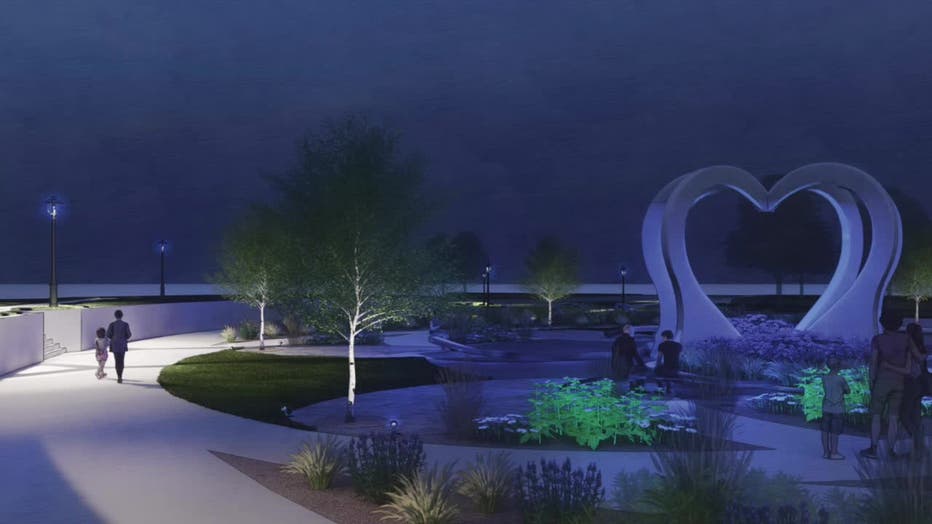 The design proposals Thrive submitted may not necessarily be the final design; fundraising could impact whether the final memorial is scaled down or modified.

The commission wants the memorial in place by the second anniversary of the attack. 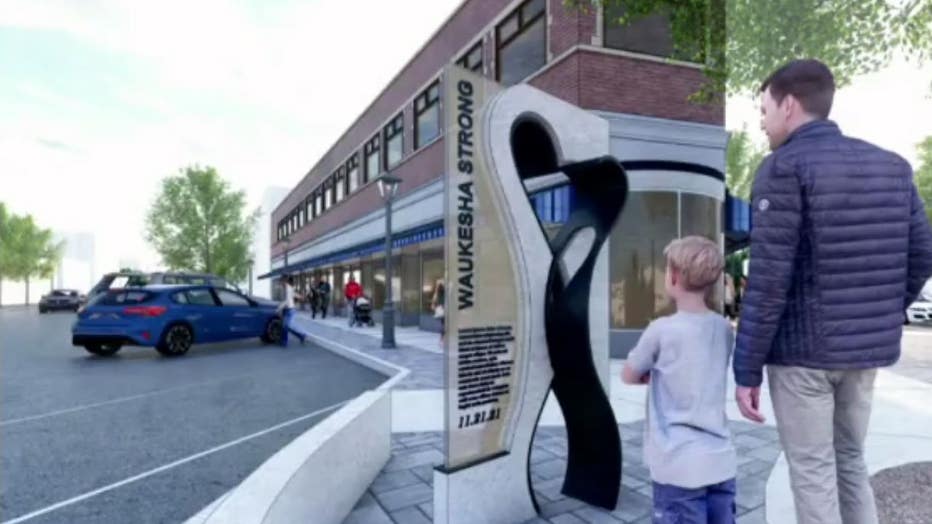 Other proposals for Main Street included artist Carmen de la Paz's sculpture of two open hands with a heart in the middle; artist Richard Taylor's six abstract trees made of aluminum; Strang Architects' ripple theme with a Main Street installation that then leads to Grede Park and Saiki Designs' memorial with a speaker's seat where people can share the story with younger generations.