MILWAUKEE - The Milwaukee Board of School Directors met Thursday night, April 22 as the final wave of Milwaukee Public Schools students is set to return to the classroom Monday.

It was just over a week ago that MPS started sending students back into the classroom.

A parent at Lancaster Public School originally sent her child back to second grade but is now keeping her at home because she learned there was a positive COVID-19 case at the school. She spoke to FOX6 News but asked to remain anonymous.

The parent said she only knows of the case because she is friends with a staff member. She said the school has not contacted her.

The district's COVID-19 dashboard says there were more than two dozen reported positive cases in the last seven days. At this point, it is unclear how many students and classes are impacted by those cases.

On the dashboard, there is a case listed for Lancaster -- labeled "onsite" meaning the person positive was involved with in-person learning.

"Had my child tested positive for COVID, I would have immediately notified the school, but they didn’t do that in return. I wasn’t shown the same grace," said the parent.

A district spokesperson said: "The district has outlined a process for schools to notify all staff and student families in the event of a positive case in the building."

The spokesperson did not answer FOX6's questions about Lancaster directly. 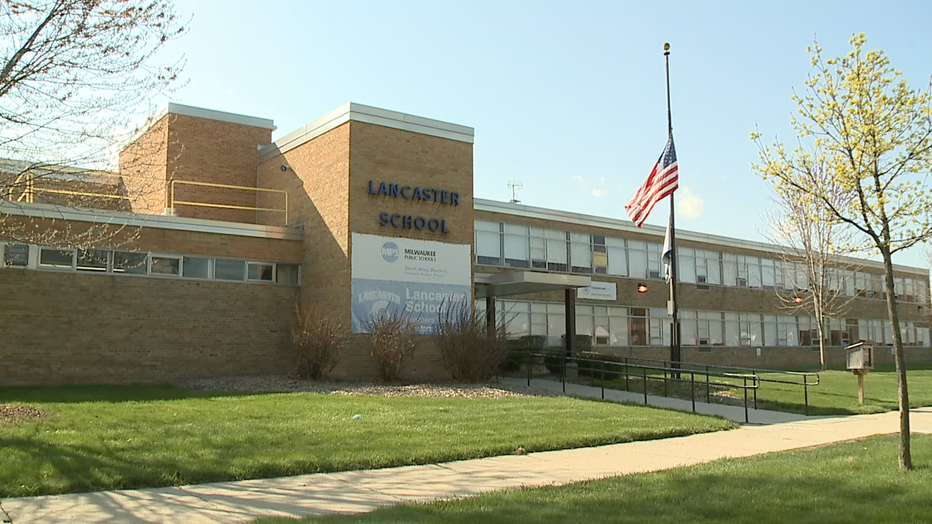 The district's policy is one positive case in a classroom sends the entire class back to virtual learning for 14 days.

When asked how many classes are now virtual, the district spokesperson said "at least two" but did not have an exact number.

"When I sent my children back to school, I expected there to be total transparency between the staff and my students and my child’s teacher and myself," the parent said.

The cases currently listed on the dashboard are those that were reported by staff members or parents. Results from the first round of the district's testing program are expected in the next couple of days.

COVID-19 cases in kids are increasing in Wisconsin

As more and more Wisconsinites get vaccinated each day, coronavirus cases are still on the rise. There's a particular age group health experts are noticing this in.

As school districts point to virtual learning as a factor in declining academic performance, administrators are exploring the idea of expanding future online learning.

Chauvin verdict: How to have 'difficult conversations' with your kids

The guilty verdict of Derek Chauvin in the murder of George Floyd has been a topic of conversation across the country, and your kids might have questions.