Everyone deserves a good night's sleep – especially kids. On Saturday, Sept. 10, volunteers gathered in Kenosha to build 100 beds for kids in need.

KENOSHA, Wis. - Everyone deserves a good night's sleep – especially kids. On Saturday, Sept. 10, volunteers gathered in Kenosha to build 100 beds for kids in need. It was part of the third annual Bunks Across America event.

"It’s a problem I didn’t even know existed prior to this." said Brian Nelson of Bane-Nelson Inc.

"I can't even fathom. It doesn’t make sense to me," said Amber Elizabeth, volunteer.

"It is scary and amazing how many people don’t have beds; how many kids," said Michael Prudhom, Sleep in Heavenly Peace (SHP) Racine/Kenosha chapter co-president.

According to the Sleep in Heavenly Peace organization, roughly 2% to 3% of American children are without proper beds. 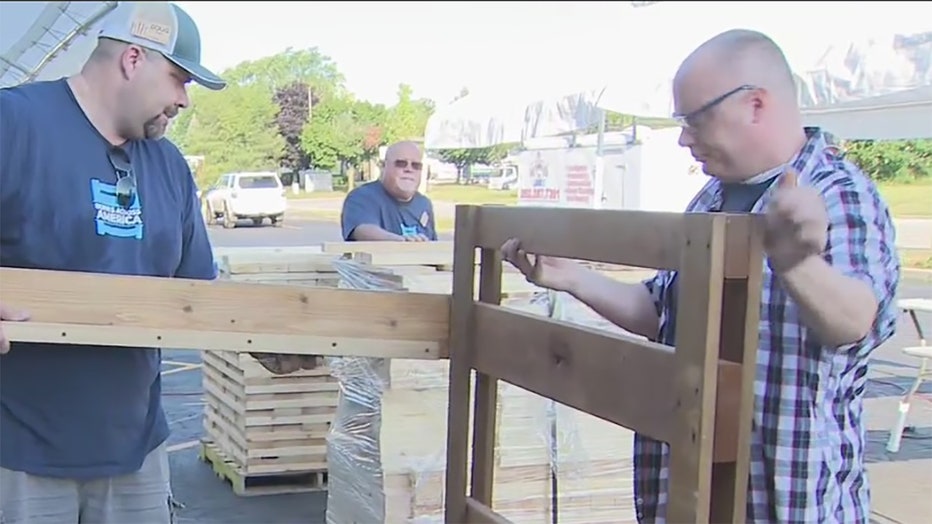 Bunks Across America event in Kenosha

"Bedlessness comes in many forms and reasons. We don’t care about the reasons, we care about kids getting a good night's sleep," Prudhom said.

Prudhom has been the SHP Racine/Kenosha chapter co-president since its founding in 2018.

During this year's Bunks Across America event, Prudhom has more than 100 volunteers building 100 beds for kids in need. It is the testimonies from the kids that keep him going. 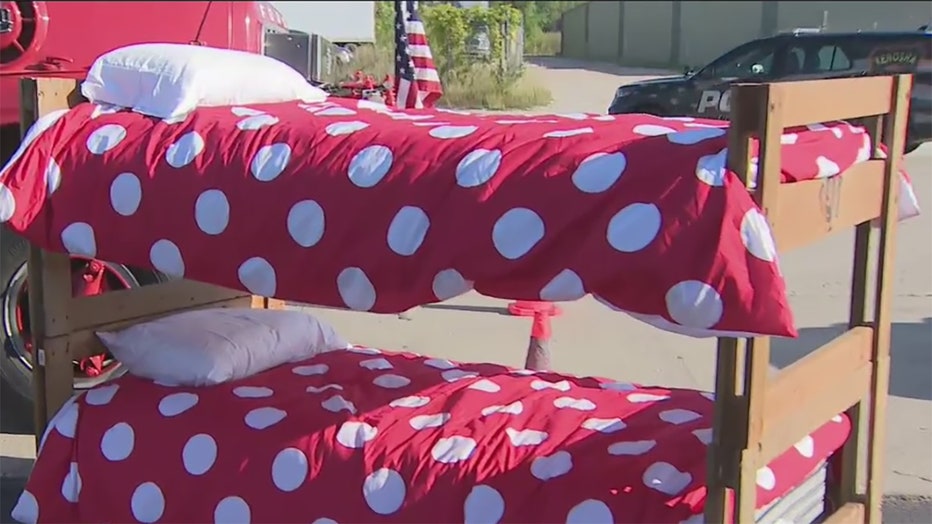 Bunks Across America event in Kenosha

"A young man was in school doing poorly. A teaching assistant noticed and asked him what changed. He said ‘I finally got a bed," Prudhom said.

SHP chapters across the country are building beds on Saturday. But not all of them have a donated space to build.

"For us, it’s a small thing because it's just a space. But what it means to the kids is unbelievable," Nelson said.

It could not be done without volunteers like Amber Elizabeth and her son, Benjamin.

This chapter's dream is to expand to the city.

"There is lots of bedlessness in Milwaukee. If you are at all inclined to take on this kind of activity, reach out," Prudhom said.

The Racine/Kenosha chapter of Sleep in Heavenly Peace hosts an event every month. Learn more information about these events on the chapter's Facebook page.