Milwaukee police are investigating a fatal double shooting that happened shortly after 11:30 a.m. near 5th and Ring on Thursday, July 14.

MILWAUKEE - Milwaukee police are investigating a fatal double shooting that happened shortly after 11:30 a.m. near 5th and Ring on Thursday, July 14.

The shooting appears to be related to an argument, police said. Authorities continue to seek a known suspect but have not released a name.

A lot of people are left grieving – family, friends and loved ones of the two women killed. Community Task Force MKE tries to help in situations like this. 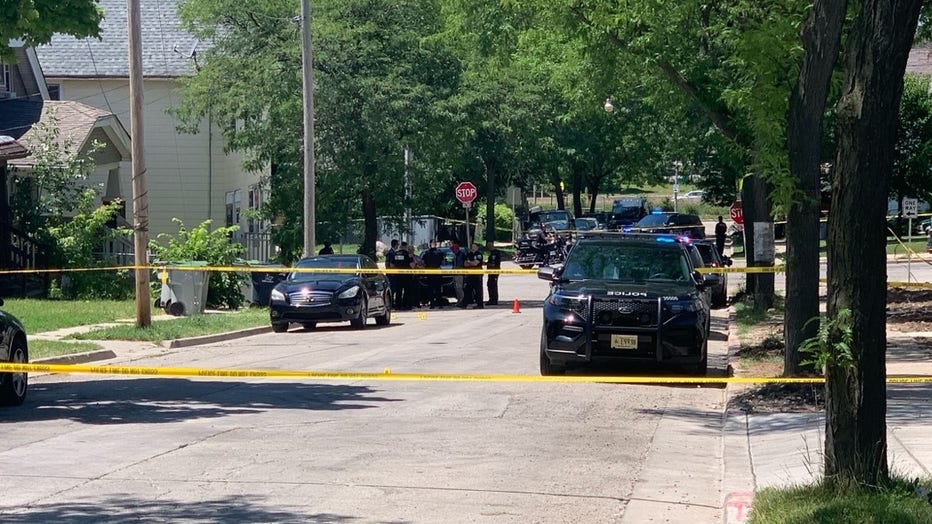 Scene near 5th and Ring

Officers and detectives went door to door, going in and out of a yellow duplex. Tape crisscrossed the street with yellow markers placed on the ground. Others looked on in disbelief.

The shooting happened a little more than two miles away from another, Thursday. Around noon, police said a 60-year-old Milwaukee man was killed near 27th and Concordia.

The victim was shot and pronounced deceased on the scene, and an autopsy on the victim is scheduled for Friday. Police don't yet know who is responsible.

Anyone with information about either homicide is asked to call the Milwaukee Police Department at 414-935-7360; to remain anonymous, call Crime Stoppers at 414-224-TIPS or use the P3 tips app.