A conservative Wisconsin county recounts its 2022 ballots, all 74,000 of them– an audit Washington County leaders approved even before the election.

Outside special interest groups spent at least 50% more than the previous record high in the midterm election in Wisconsin this year, pouring more than $93 million into races for governor and other state offices, the Wisconsin Democracy Campaign reported Monday.

Wisconsin state Rep. Janel Brandtjen, who was kicked out of the Assembly GOP caucus by fellow Republicans who said they lost trust in her after she pushed election conspiracy theories, is running for an open state Senate seat.

Kimberly Zapata, the fired Milwaukee Election Commission deputy director who is still on the city payroll, made her initial appearance in Milwaukee County court on Friday, Dec. 2 and pled not guilty to election fraud.

The Savannah Police Department said officers arrested a 42-year-old man accused of shooting a 15-year-old boy, who was campaigning for Sen. Raphael Warnock.

Wisconsin voters will decide in April 2023 the control of the Wisconsin Supreme Court. On Nov. 30, a new candidate entered the race. Jennifer Dorow.

The judge who presided over the trial of the man convicted of killing six people during the Waukesha Christmas parade is running for a spot on the Wisconsin Supreme Court.

Losing Wisconsin Republican gubernatorial candidate Tim Michels said Tuesday that former President Donald Trump told him five days before the election that he didn't need to visit the state because Michels was going to win.

Waukesha County Circuit Court Judge Jennifer Dorow became a household name during the trial for the man who attacked Waukesha's Christmas parade in November 2021. Now, she is mulling a Wisconsin Supreme Court run.

Mary Peltola, who is Yup’ik, defeated Republicans including Sarah Palin for the House seat to become the first Alaska Native to serve in Congress.

Even after their gains this month, Democrats lack the power to codify abortion rights into federal law. 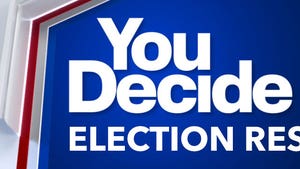