Damage from severe storms Tuesday, Aug. 10 was pretty widespread in Waukesha County, with trees down all over. This, just two weeks after Waukesha County was hit with three confirmed tornadoes.

WAUKESHA COUNTY, Wis. - Damage from severe storms Tuesday, Aug. 10 was pretty widespread in Waukesha County, with trees down all over. This, just two weeks after Waukesha County was hit with three confirmed tornadoes.

Tuesday night’s storm was all about the heavy rain and strong winds, bringing down trees and power lines.

When one tree came down near Sunset and Garfield in Waukesha, it was one of dozens of calls to Committed Tree Care in just the last 18 hours.

"I feel awful because our customers already on the schedule are being set back, but storm damage takes precedence," said Tanya Christensen, Committed Tree Care co-owner. "We’re doing our best to keep up with it and get everything done."

"It does. Not only is one-third of the tree is on the garage, but the other two leads have partially started uprooting and in danger of coming down into the street," said Christensen. 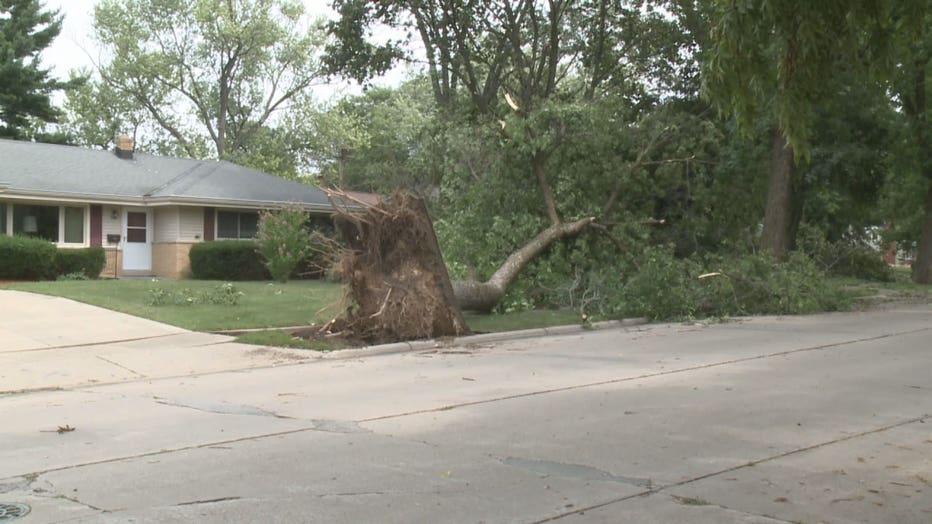 It was a scene repeated almost everywhere after powerful winds. One tree was shaved from the ground near Roberta and Sweetbriar.

"I took a look outside and said, ‘Something is missing!’ There’s a big tree," said Jim Scrima.

It narrowly missed Scrima’s house, lifting some of the sidewalk with it. 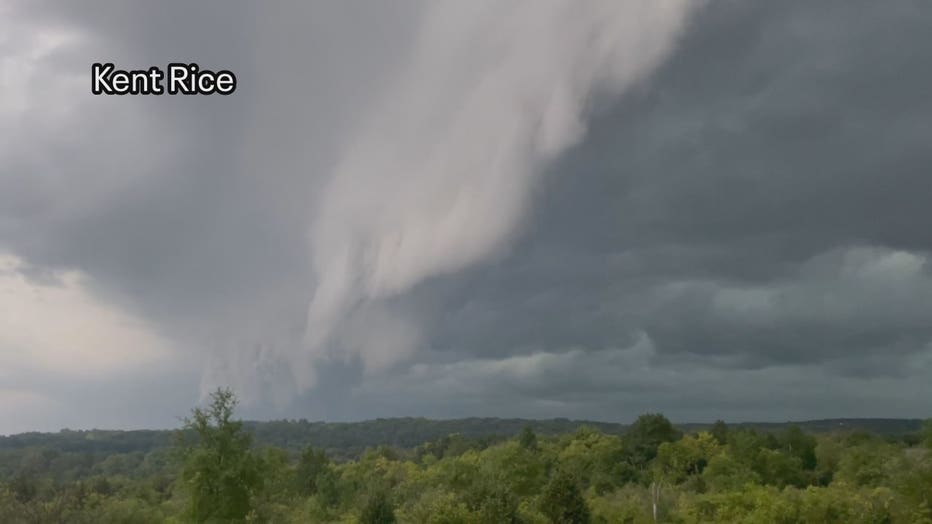 "I was just sitting by the window and heard a lot of wind and the tree was down," said Lori Nondahl. "I didn’t even hear it land."

Other trees were snapped, with branches and debris lining the streets.  This storm was captured from every angle by viewers in Waukesha County.

In Pewaukee, Kent Rice shared the storm clouds rolling in. Sarah Geiger shared video of trees down in her yard in Pewaukee. A close call was caught on camera in Oconomowoc when a monster tree fell, keeping crews with Dan's Tree and Landscaping busy for hours.

"The rain though, I’m sure, has something to do with loosening the ground up," said Mark Blackman.

The City of Waukesha will be picking up branches through Monday; a big clean-up after another big storm. 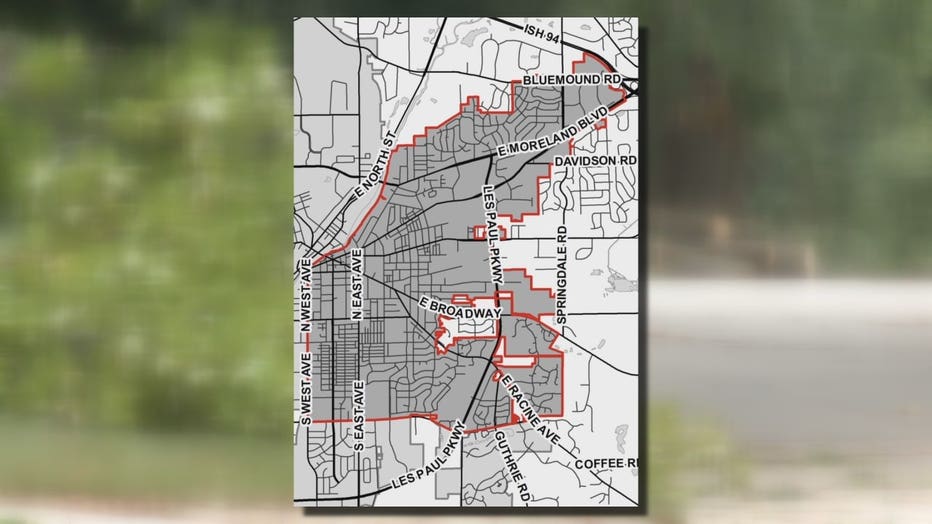 "I don’t know if it’s concentrated in one area or what it was that caused this. It’s quite a surprise," said Blackman.

There were lots of power outages in Waukesha County after Tuesday's storms, as well. Some viewers said their lights went out at 7:30 p.m. and didn't come back on until early Wednesday.