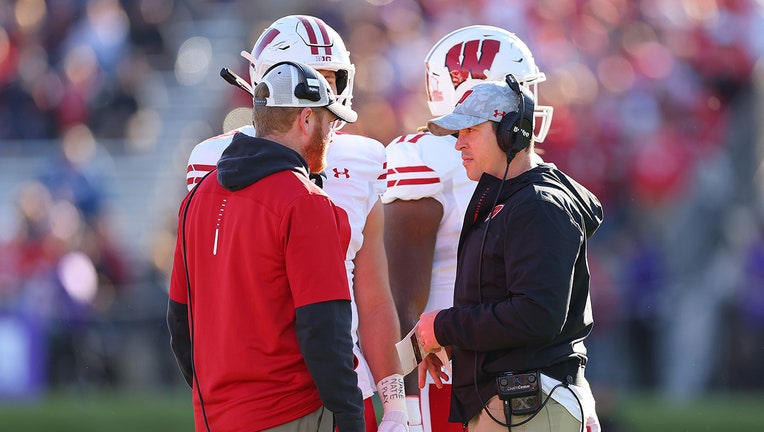 Michigan State was 15th and Wisconsin 18th in the preseason AP Top 25. As they prepare to face off Saturday at East Lansing, neither team has a winning record and one has made a coaching change.

Wisconsin outside linebacker Nick Herbig believes the disappointing starts should only add to the motivation for both teams as they attempt to show just why they had such high expectations in the first place.

"It’s a big statement game for both programs," Herbig said.

So far, their performances have just created plenty of questions.

Wisconsin (3-3, 1-2 Big Ten) fired coach Paul Chryst after losing to No. 2 Ohio State and No. 24 Illinois by a combined margin of 55 points. The Badgers had gone 0-3 against Power Five opponents before winning 42-7 at Northwestern last week.

Michigan State (2-4, 0-3) is in even worse shape. The Spartans are 7 ½-point home underdogs Saturday, according to FanDuel Sportsbook.

Since opening with victories over Western Michigan and Akron, the Spartans have lost four straight games by an average margin of 20.3 points. This comes after Michigan State signed coach Mel Tucker to a 10-year, $95 million contract last season.

"I told the players before and I told them again this morning, ‘I will never throw you or a coach or any staff member under the bus publicly,’ " Tucker said Monday. "I will never do that. However, behind closed doors in our space, we have to make sure we hold each other accountable. And we’re doing that."

Neither team looks much like it did last year, when Michigan State finished 11-2 with a Peach Bowl victory and Wisconsin went 9-4 with a Las Vegas Bowl triumph.

"We’re not into the excuse-making business," Michigan State quarterback Payton Thorne said. "No matter what the case is, our job is to go execute, and we’re not doing that at the highest level right now at times."

This game should at least provide some extra motivation for Michigan State running back Jalen Berger, whose production has tailed off after a strong start.

Berger was Wisconsin’s leading rusher in the pandemic-shortened 2020 season but got dismissed from the team last October. He will try to become the second former Wisconsin running back to beat the Badgers this season after Washington State’s Nakia Watson scored both of the Cougars’ touchdowns against his former team in a 17-14 victory at Madison last month.

"No doubt about it, I think he’s going to come out here and try to run his hardest game he has this year just because of him being here and leaving," Wisconsin nose tackle Keeanu Benton said.

Wisconsin has played with five different offensive line combinations in six games due to injuries and hasn’t been as strong as usual on defense after replacing eight of its top 10 tacklers from last season. The Badgers’ secondary has been dealing with injuries to safeties Hunter Wohler and Travian Blaylock and cornerback Alexander Smith.

The Badgers at least have some reason for encouragement after trouncing Northwestern in its first game under interim head coach Jim Leonhard, who has a shot to earn the job for keeps with a strong finish.

Wisconsin knows it’s capable of turning its season around because it’s done it before. The Badgers dropped three of their first four games last year before winning seven straight.

"It definitely gives us motivation, but we’re a different team this year," Wisconsin center Joe Tippmann said. "We know it’s not just going to happen. We have to go out there, get after it and do what’s got to be done to make this a successful season."