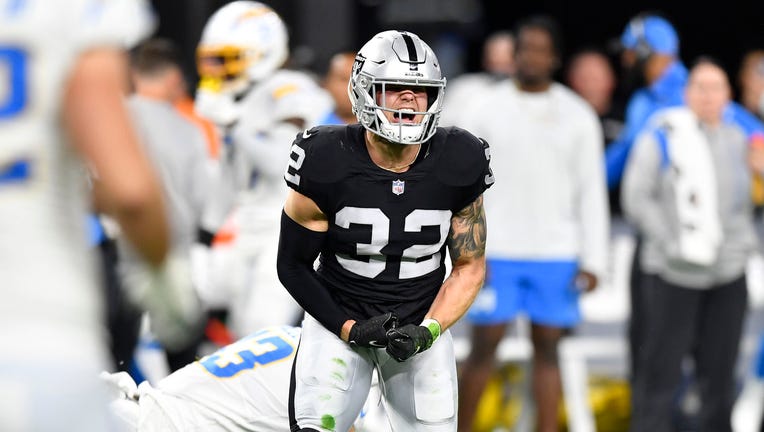 Defensive back Dallin Leavitt of the Las Vegas Raiders reacts after a tackle during a game against the Los Angeles Chargers at Allegiant Stadium on Jan. 09, 2022 in Las Vegas. (Photo by Chris Unger/Getty Images)

The Packers ranked last in the NFL in special teams last season according to efficiency metrics from Football Outsiders. The Packers allowed a touchdown on a blocked punt return and also had a field-goal attempt blocked in their 13-10 NFC divisional playoff loss to the San Francisco 49ers.

Leavitt played 42 games with the Raiders, who signed the undrafted free agent from Utah State in 2018. He made his first career start on defense last season and also had 12 tackles on special teams.