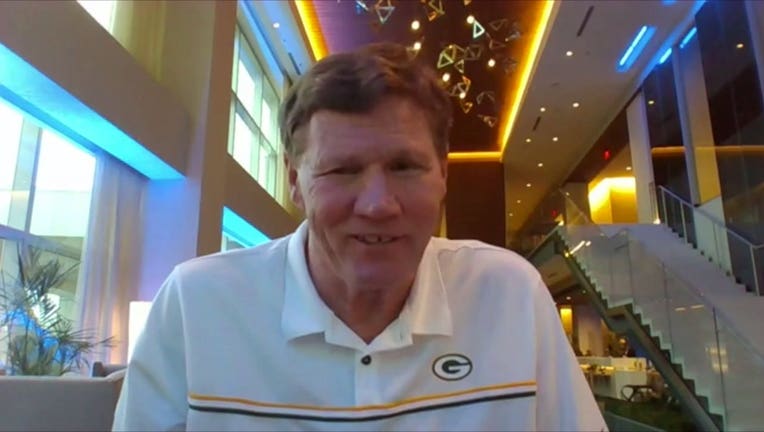 On Thursday, sources reported Rodgers was unhappy in Green Bay. With no reaction from the reigning NFL MVP himself. Fans were fast to jump to discuss the plans of the veteran quarterback.

NFL Network's Ian Rapoport on Friday, one day after the initial report broke, reported that it is a "serious consideration" that Rodgers could retire -- to host Jeopardy! or otherwise -- if the relationship does not improve with the team.

In the Murphy Takes 5 newsletter, the Packers' president states:

The first day of the NFL Draft is typically a very busy day for all NFL teams, with plenty of newsworthy events. For the Packers, though, Thursday was definitely a day filled with more intrigue than usual. The day started with the report that Aaron Rodgers is upset with the Packers and doesn't want to return to the team. When a report like that involves the reigning MVP, it is obviously a huge story, and it dominated the sports news for most of the day.
This is an issue that we have been working on for several months. Brian Gutekunst, Matt LaFleur and I have flown out on a number of occasions to meet with Aaron. We are very much aware of Aaron's concerns and have been working with him (and his agent Dave Dunn) to resolve them.
We remain committed to Aaron in 2021 and beyond.
He is not only a tremendously talented player, but has developed into a true leader for us.
The relationship that Aaron has forged with Matt and the other offensive coaches has propelled us to the brink of the Super Bowl in two straight years. We look forward to competing for another Super Bowl championship with Aaron as our leader.

Packers general manager Brian Gutekunst said he can't envision any scenario in which he would deal Rodgers.

"I’m not going to speak for Aaron, but I think obviously we have a really good team and I do think he’ll play for us again," Gutekunst said. "Like I said, we’re going to work toward that and we’ve been working toward that on a number of different fronts. The value that he adds to our football team is really immeasurable, you know what I mean? He brings so much to the table not only as a player but as a leader. He’s so important to his teammates, to his coaches, so yeah, that’s the goal."

The Green Bay Packers drafted Royce Newman, a guard from Ole Miss in the 4th round of the NFL draft on Saturday, May 1.

UW-Whitewater's Quinn Meinerz was drafted by the Denver Broncos in the third round, 98th overall, of the 2021 NFL draft on Friday, April 30.