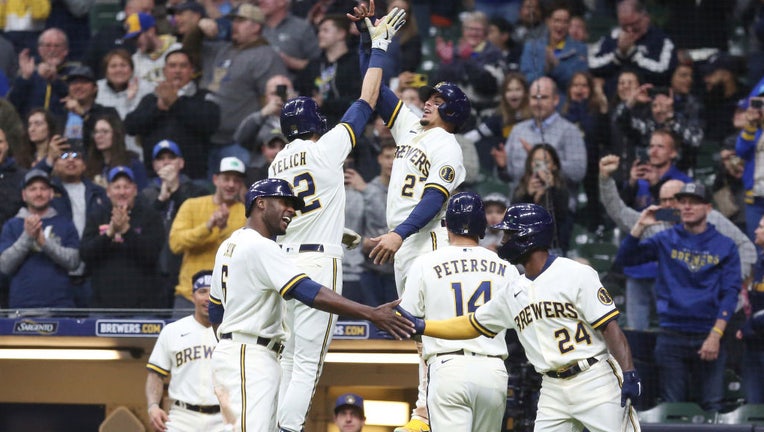 MILWAUKEE - The Milwaukee Brewers announced on Wednesday, April 20 a new player-led effort to extend gratitude and show their appreciation for the best fans in Major League Baseball. It's called "This One's On Me" – and if you're lucky enough to be in the right place at the right time, one of the team's players might pick up your restaurant or bar tab.

This effort comes after Brewers pitcher Corbin Burnes recently surprised fans and footed the tab for everyone at Leff's Lucky Town in Wauwatosa.

A news release from the Brewers says to support small businesses and thank the fans, 13 players have selected their favorite restaurants and watering holes where Brewers fans typically gather -- and those players will surprise customers by covering the tab for the night.

One restaurant will be selected for each of the 13 remaining Friday away games in the 2022 season and beginning at 5 p.m. that evening, customers will see their bill covered by a favorite Brewers player.

IMPORTANT: The identity of each restaurant will remain a surprise until that evening; there will be no public announcement in advance. The player picking up the tab will be announced in advance, though.

Corbin Burnes struck out 10 and allowed two runs in seven innings to earn his first win of the season as the Milwaukee Brewers defeated the Pittsburgh Pirates 5-2 on Tuesday night.

Heads up if you're planning to cheer on the Milwaukee Bucks in the playoffs Wednesday. The watch party in the Deer District has been canceled because of the weather.

Honoring Jackson Sparks, the Waukesha Christmas parade attack's youngest victim, a pair of Waukesha natives are asking for the city's permission to renovate a youth baseball field where Sparks used to play.