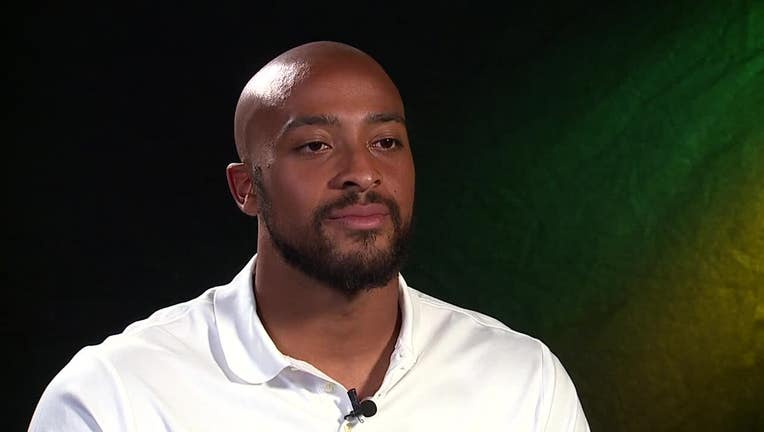 GREEN BAY, Wis. - Packers running back AJ Dillon has received an apology from the Green Bay police chief for the way an officer treated him during an exhibition soccer match at Lambeau Field.

Chris Davis issued the apology Friday and said the police department directed "appropriate corrective action" to the officer involved as it completed an internal review of the July 23 incident.

Video posted on social media showed Dillon in the end zone greeting fans in the stands during a soccer match between FC Bayern Munich and Manchester City FC. Dillon appeared to be on the verge of doing a Lambeau leap into the crowd when the video showed an officer grabbing him by the back of his collar and giving him a shove.

After fans booed and Dillon appeared to offer an explanation, the officer allowed Dillon to jump into the stands.

Davis said in a statement that he had "sustained two allegations of GBPD policy violations by the officer involved and directed appropriate corrective action to be taken." Davis said the department doesn’t provide additional details on personnel matters "out of respect for the employee’s due process rights."

"I apologize to Mr. Dillon for the way he was treated," Davis said. "We appreciate the strong relationship we have with the Packers organization, and the GBPD remains committed to working with them along with the entire Green Bay community to provide the best and most professional police service possible."

The Packers issued a statement saying they appreciated that the police department followed up on the matter.

"We respect their process in reviewing the situation and its conclusions," the Packers said. "We value our partnership with the Department and appreciate all they do in working with the Packers to ensure public safety at Lambeau Field events, including gamedays.

"Additionally, we appreciate AJ Dillon’s professionalism in handling the matter."

When the video circulated on social media, Dillon tweeted out a statement giving his account of the incident and describing it as "just miscommunication between parties."

"The @GBPolice are great people and I’m glad we have them down for our games to keep us safe," Dillon tweeted at the time "Standing there in the pouring rain with all those people, it’s hard to know what’s going on with just one. All good."