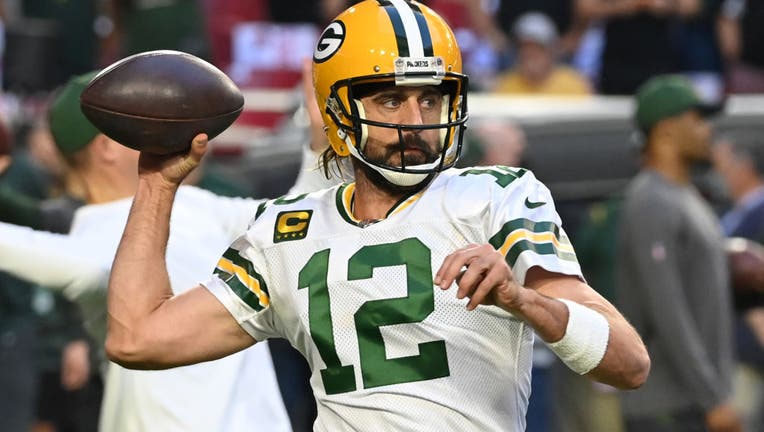 GREEN BAY, Wis. - Green Bay Packers quarterback Aaron Rodgers has been activated from the reserve/COVID-19 list, clearing the way for the reigning MVP to make his return Sunday against the Seattle Seahawks.

Rodgers tested positive for COVID-19 last week, preventing him from joining his teammates for a 13-7 loss at Kansas City that snapped the Packers’ seven-game winning streak.

Even though Rodgers didn’t practice all week, coach Matt LaFleur has said the 37-year-old quarterback would start if available to play. Rodgers participated virtually in team meetings this week while backup Jordan Love got the first-team reps in practice.

"He’s been in every meeting," LaFleur said Wednesday. "He’s been engaged. So, it’s just he’s not with his guys out on the field. That’s the dynamic that you never know. But we’re fortunate to have a guy that has got a ton of reps under his belt, has played a ton of ball, so we’re pretty confident that provided he checks out well he can go out there and play at a high level."

Love, a 2020 first-round pick from Utah State, made his first career start in place of Rodgers at Kansas City. He went 19 of 34 for 190 yards with one touchdown and one interception.

The NFL fined Rodgers and Packers receiver Allen Lazard $14,650 this week for violating league and players' union COVID-19 protocols. The Packers were fined $300,000 as a team.

Although Rodgers will be playing, the Packers may have to wait a little longer for the return of their 2020 All-Pro left tackle. David Bakhtiari was activated from the physically unable to perform list Wednesday but is listed as doubtful for Sunday’s game. Bakhtiari hasn’t played since tearing his left anterior cruciate ligament on Dec. 31.

Packers cornerback Eric Stokes, who missed the Chiefs game with a knee injury, is listed as questionable.

Rodgers' vaccine comments may test his clout with sponsors

Green Bay Packers quarterback Aaron Rodgers could be playing football again less than two weeks after testing positive for COVID-19 and misleading everyone about being an unvaccinated player.

The Wisconsin Badgers beat the Northwestern Wildcats in Madison for a sixth consecutive win. Braelon Allen ran for 173 yards and three touchdowns.