She was shot more than 20 times from her head to her hips and stomach. The shooting victim talked with FOX6 about the dangers of domestic violence.

MILWAUKEE - She was shot more than 20 times from her head to her hips and stomach.

The shooting victim talked with FOX6 about the dangers of domestic violence.

Nikeya Shumake says doctors and nurses were amazed she survived the shooting.

She is recovering as police work to find the man accused of shooting her – the father of her children.

"My head. My arms, my back, my legs. My stomach…" covered in bullet holes and a bandage, Nikeya Shumake shares her wounds after being shot 23 times. 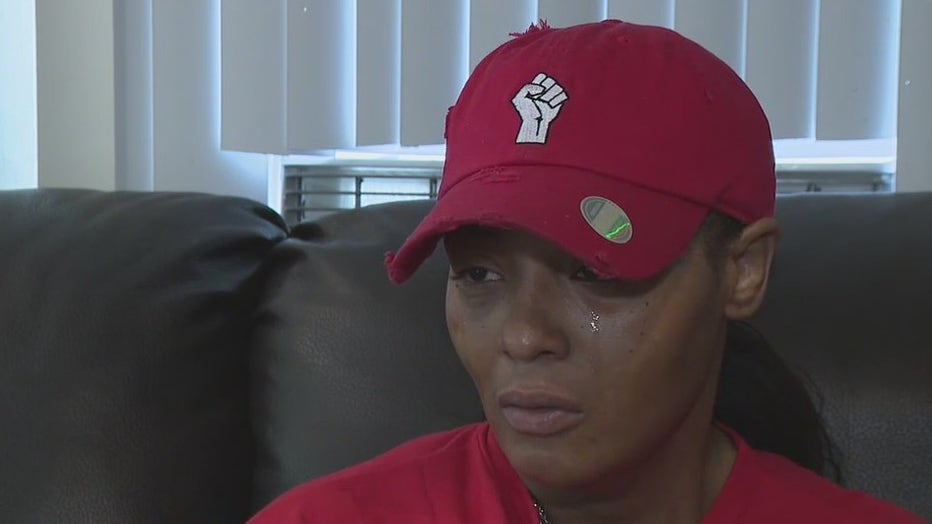 "When it was happening I wasn’t counting. I was scared," she said.

On July 23, Shumake says she was driving with her partner Askia Strong and their three children.

"I was just driving and saying don’t show that to my daughter," she said.

Near 24th and Lapham, she says he hit her and started threatening her.

"I didn’t find out he had a gun until after he hit me. My daughter yelled, ‘mom, he has a gun,’" Shumake said.

That’s when she says she parked the minivan and ran.

Prosecutors say Strong chased after Shumake shooting her again and again, while she laid on the ground – their children nearby.

"The moment I opened my eyes and I was still able to see. I just tried to standup. I was able stand straight. I just got my babies and went to the girl that was standing there looking and just got to her car," she said.

A woman took Shumake to the hospital.

"That’s a coward. That’s not a man," said Kamaren Lacking.

He is supporting his sister throughout her recovery.

"She’s strong. She’s very strong. You’ve got to be strong to go through something like this," he said.

Shumake says she never thought what she was going through would escalate to this.

She wants other victims to hear this: "If they’re in danger, if a guy hits you once or even disrespects you. He’s not for you and they should get out."

Shumake says her children are ok.

If you are experiencing domestic violence, visit this website for more information.