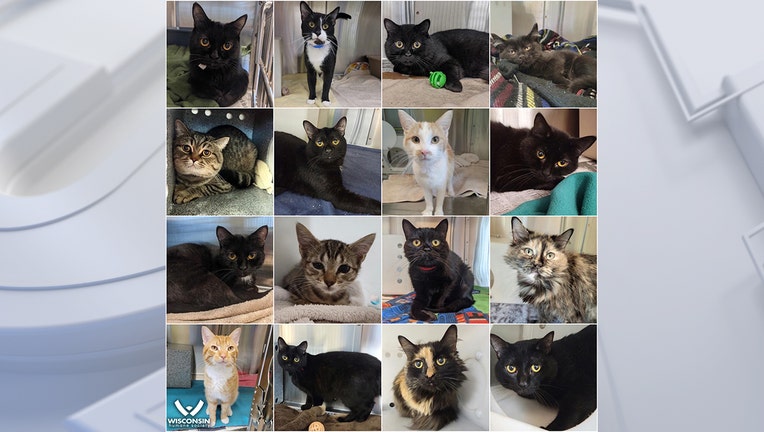 RACINE, Wis. - The Wisconsin Humane Society (WHS) has now received an "astounding" 104 cats from a single home – more than 50 of the animals had been surrendered in early July – according to an Aug. 5 Facebook post. As many as 80 total animals were initially expected.

In addition to that surrender, WHS said it is now assisting in another large-scale surrender – overwhelming shelters with cats and kittens during the already busy summer.

Anyone who might consider adopting is asked to visit wihumane.org/adopt to learn how to get started at a WHS campus near them.

In response to the overwhelming number of animals in need of homes, WHS said it is temporarily holding walk-in adoptions at the Racine Campus from 12-5 p.m. on Saturday, Aug. 7. No appointments will be scheduled that day.

Brewers Community Foundation (BCF) will hold its third Drive for Charity event of the 2021 season from Aug. 6-8.