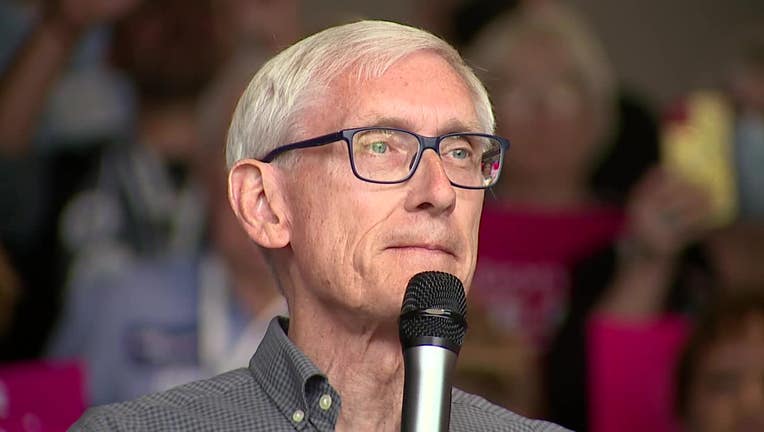 Spielberg and his wife, actress Kate Capshaw, were among 31 people who gave Evers the maximum $20,000 donation allowed under law, according information from the Wisconsin Democracy Campaign. Those 31 top donors gave Evers a total of $620,000.

Of the $10.1 million Evers raised over the first half of the year, about $4.3 million came in cash and in-kind donations from the Wisconsin Democratic Party, the Democracy Campaign said. That helped Evers report the highest amount of fundraising over that period for any incumbent governor, beating the previous record set by then-Gov. Scott Walker at about $5.5 million in 2018.

Evers beat Walker, a Republican, in 2018 and is running for a second term.

Spielberg, who directed such blockbusters as "E.T.", "Jurassic Park" and "Jaws", is a longtime supporter of Democratic candidates across the country. Earlier this year he and Capshaw also donated $10,000 each to Democratic Nevada Attorney General Aaron Ford’s campaign.

The Aug. 9 Wisconsin primary will determine who Evers faces in November. One of the top Republican candidates in that race, construction company co-owner Tim Michels, has spent $7.9 million of his own money so far. Former Lt. Gov. Rebecca Kleefisch raised $3.6 million over the first half of the year and didn't contribute any of her own money.

Other notable $20,000 donors to Evers, as tracked by the Democracy Campaign, include: