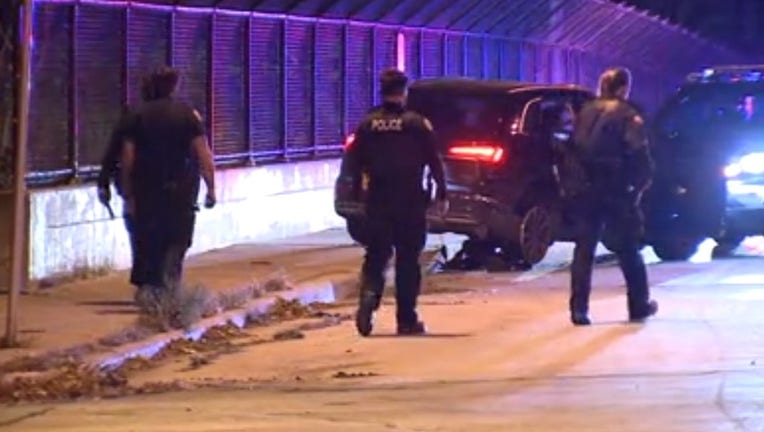 WEST ALLIS, Wis. - Two people were taken into custody early Thursday morning, Nov. 10 following a police pursuit in West Allis. Suspected cocaine and heroin along with two handguns were found in the vehicle.

According to police, West Allis officers observed a black Audi that was listed as stolen in the area of S. 60th St. and W. National Avenue at approximately 2:38 a.m.

Officers attempted to stop the Audi, but it fled and a pursuit ensued. During the pursuit, officers successfully deployed stop sticks and performed a PIT maneuver on the Audi.  The pursuit ended around N. 47 Street and Washington Blvd.

Officers arrested the passenger of the Audi, a 19-year-old woman, at the scene. The driver of the vehicle, a 22-year-old man, was arrested a short time later.  The driver was found to be in possession of suspected cocaine and heroin. He was also wanted on several warrants through the Milwaukee County Sheriff’s Office and an extraditable warrant out of Georgia.