Full I-41 closure this weekend

Be prepared for a full freeway closure on I-41 this weekend to take down a railroad bridge just west of Mayfair Road.

WAUWATOSA, Wis. - If you have weekend plans to travel on I-41 through Wauwatosa this weekend, you might want to plan a different route. That's because starting Friday night, Jan. 14, I-41 near Mayfair Mall will be completely shut down – northbound and southbound.

The prep work is done, the cranes are in position, and the Wisconsin Department of Transportation (WisDOT) is making sure drivers are ready.

"It’s a big deal, but it’s not a really big deal," said Michael Pyritz of WisDOT. 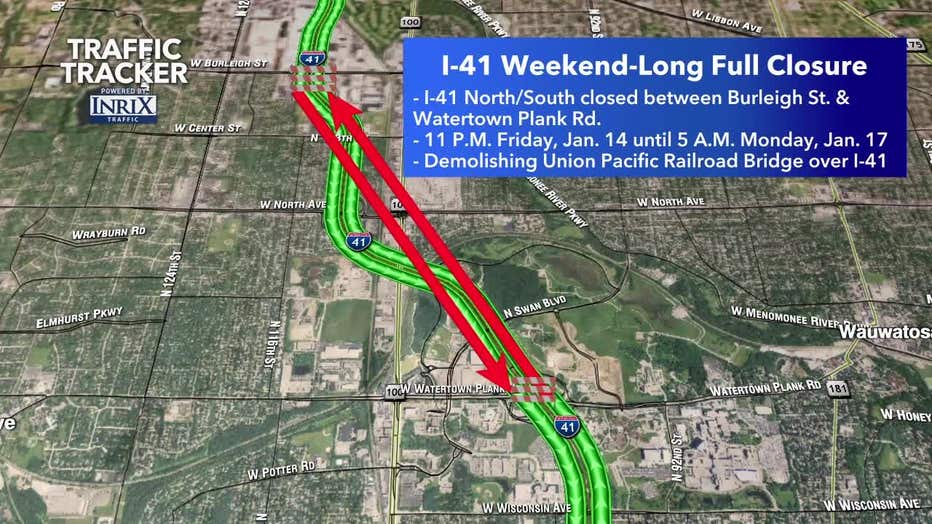 Starting Friday night, there will be a full freeway closure of I-41 between Burleigh and Watertown Plank Road.

"The purpose for the shutdown is we need to remove the Union Pacific railroad bridge that goes over Interstate-41," Pyritz said.

It will be a 54-hour closure. WisDOT is encouraging drivers to take alternate routes – preferably Highway 100. The construction is all part of the Zoo Interchange North Leg Project.

"There will be a wider bridge from the perspective of the interstate allowing us to add capacity which is the end goal of reconstructing this portion of the freeway is to add that fourth lane up to Burleigh," Pyrtiz said.

With traffic volumes lower on the weekend, WisDOT said the delays should not be too much of a headache. The plane to remove the bridge structure, built roughly 70 years ago, is a simple one. 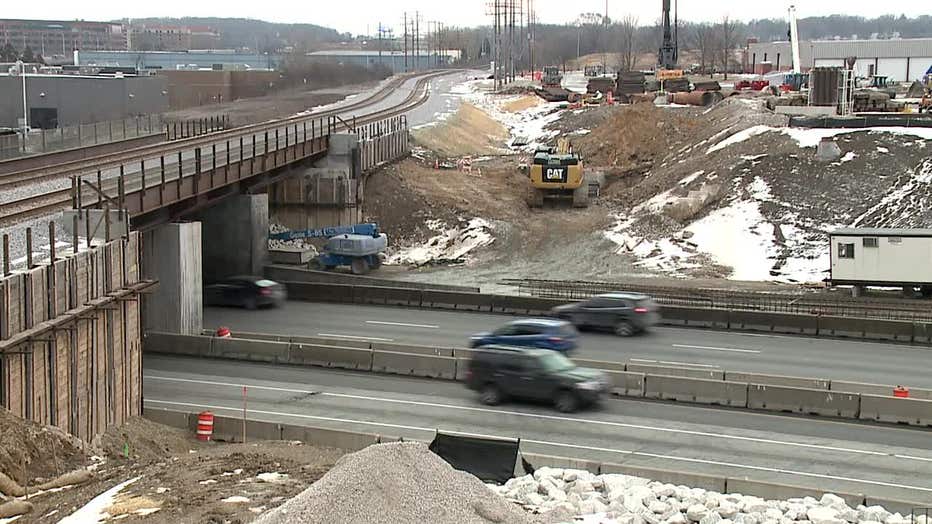 "This is not one of those dramatic ones where you see the explosion and a bridge comes tumbling down. We are going to be cutting this down chunk by chunk," Pyritz said.

All lanes are scheduled to reopen Monday morning at 5 a.m.

A law enforcement source tells FOX6 News an off-duty Milwaukee police officer was shot while trying to stop a robbery in progress in the Third Ward on Thursday afternoon, Jan. 13.

West Milwaukee police are investigating the homicide of a 14-year-old boy found dead near 39th and National around 8:30 p.m. Wednesday.